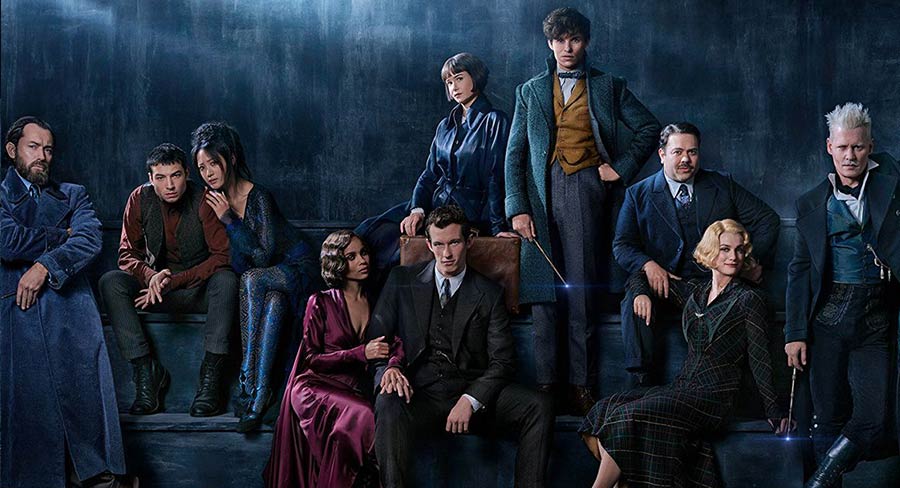 A big weekend thanks to Fantastic Beasts: The Crimes Of Grindelwald, along with the staying power of mega hits Bohemian Rhapsody and A Star is Born, has helped the box office to a robust $17.19m, a 30% increase on last weekend.

The other new entry to the top five this week was Burn The Stage: The Movie, which debuted at #4. The two films to drop out of the top five were Halloween (4 weeks and $6.52m) and Thugs of Hindostan (2 weeks and $648,644), which both gave way in a top-heavy weekend.

The continuation of the Harry Potter universe continued the success of the franchise as it debuted in top spot off the back of an average of $12,266 per screen.

Slipping from #1 in its third weekend, the Queen biopic still had the highest average per screen this weekend – $12,951 across 328 screens.

After five weeks in theatres the remake of the 1976 classic was still bringing in big numbers as it generated an average of $5,572 across 326 screens and lifted its total to $26.80m.

The film reporting behind the scenes of South Korean boy band BTS’s 2017 The Wings Tour cracked the top five in its first week making $5,000 per screen.

The American sequel to The Girl with the Dragon Tattoo has lasted a second week in the top five despite a 59% decrease on last weekend’s total (the largest drop-off for films in the top five). It managed an average of $1,202 on 266 screens.