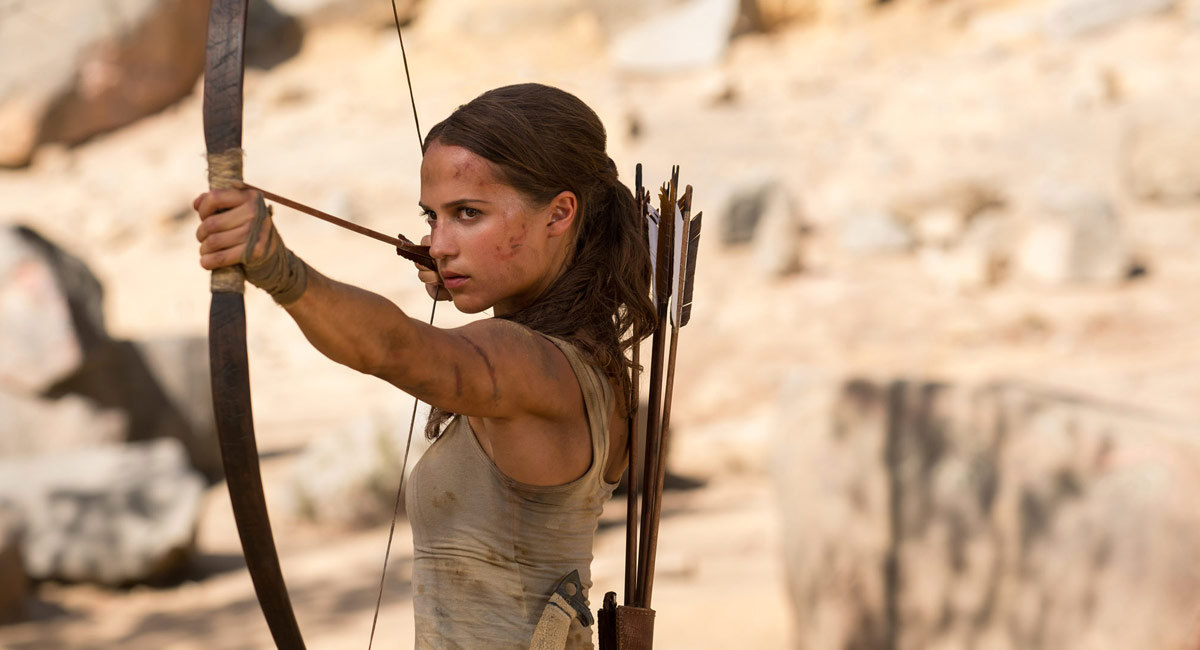 The Australian box office chart as compiled by the MPDAA has a new #1 movie for the first time since mid-February.

A new chart champ, however, wasn’t able to stop the weekend return from the top 20 movies dropping 9% week-on-week to under $10m for the first time this year. Mixed reviews, to say the least, probably harmed a better opening weekend. The new reboot of the franchise, with Alicia Vikander as Lara Croft, follows the earlier two movies that featured Angelina Jolie in the lead role. The new movie opened on 559 screens with a screen average of $4,987, which is the lowest screen average of any #1 movie this year.

After four weeks at #1, the movie has slipped one spot. Its screen average was the best in the top five though with $5,072 from 381 screens. Black Panther is now just short of $36m in total. In the US it continues to rank #1 at the box office and it is predicted the film could eventually rank #10 in all-time global box office rankings.

Just under 300 screens are still showing the Jennifer Lawrence spy thriller with a total to-date of $7.65m.

A fourth week in the top five with the total earn so far sitting on $6.12m and the movie still on 245 screens.

Ahead of its official release this week, the mix of computer animation and live action from Animal Logic went out early to 151 screens with a screen average of $3,028.

Jumanji: Welcome To The Jungle dropped off the chart this week after 12 weeks and a gross of $48.42m, which means it might just end up short of making the all-time top 10 for Australia, where The Return Of The King is at #10 on $49.37m.