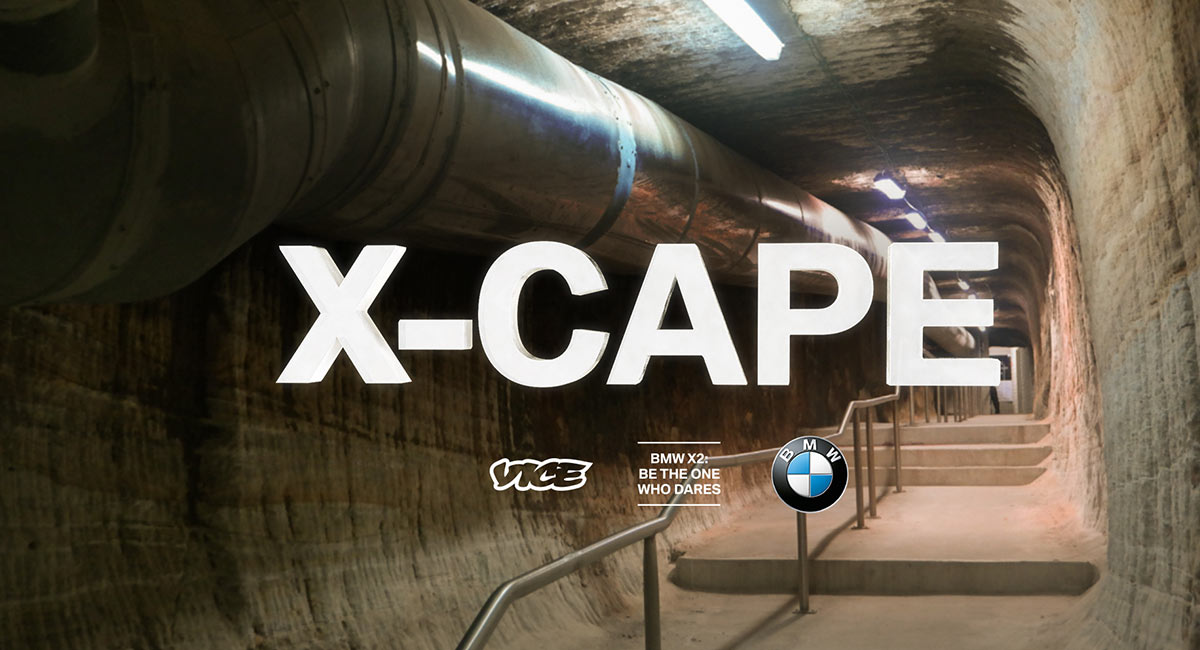 BMW and Vice, in collaboration with media agency Vizeum, have announced a series of ambitious events to support the Australian launch of the first-ever BMW X2.

Rising to cult status in the last decade, escape rooms cover the globe, with thousands of professional and amateur role-players winding their way through themed rooms that challenge their smarts, humour and patience.

BMW Group Australia general manager of marketing Tony Sesto said: “The first-ever BMW X2 is a unique proposition for the BMW brand. This partnership with Vice complements the bold and daring vehicle and will generate hype and interest for the striking BMW X2.”

Vice will also release short-form video in support of the launch and event series, designed to represent the modern design of the BMW X2 and give an insight into the feeling of the X-Cape Room experience.

Myki Slonim, managing director Vice AUNZ, said, “This is the kind of wildly unique and creative collaboration that we live for at Vice. We hope to create an experience that blows minds, gets people talking and drives cosmic love for the first-ever BMW X2.”

Entry to X-Cape Room is open to the public through this RSVP page. Vice announced this week that it had also partnered with language learning app Babbel and creative agency DO to deliver a globe-trotting new video series called Date The World.

Date The World will run as two short features across Vice and Babbel’s digital platforms. The first time Babbel has created work specifically for the Australian market, the series will also air on TV channel SBS Viceland.

Cain Collins, Vice media brand partnerships director, said: “We know that young people are seeking genuine, ‘local’ experiences when travelling, and meeting people is a massive part of this. That obviously includes dating. Babbel is a great tool for people to overcome the language barrier, so we’re excited to be working with the brand and DO on entertaining content that might help our audience unlock different cultures, have a better trip, and maybe even find some romance on the road.”