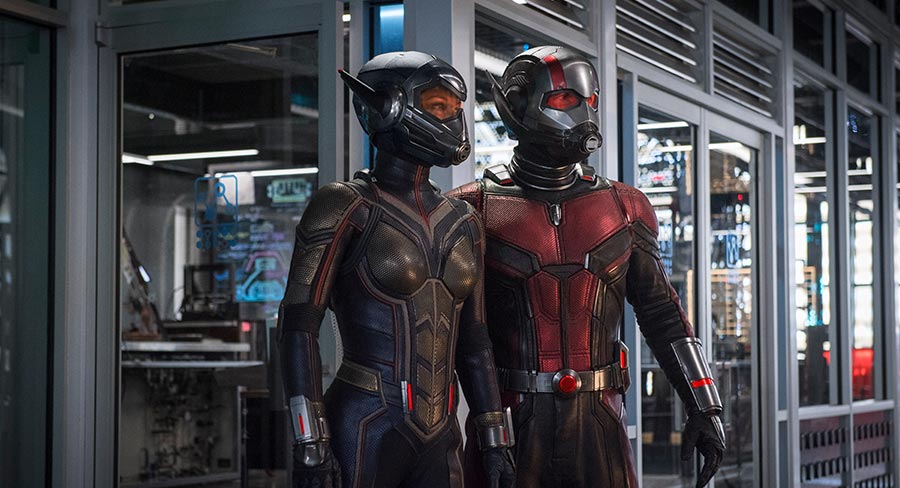 The Marvel hit factory keeps turning out massive movie events that always seem to find an appreciative audience. This is the 20th Marvel film set in the Marvel Cinematic Universe and all of them have opened at #1 and have grossed in total something close to $20b globally.

The latest Marvel hit helped grow box office 11% from the previous weekend. That made it the second $20m+ weekend in the past three weeks. The year started with three successive $20m+ weekends in January and there have been another three since then.

The sequel to 2015’s Ant-Man stars Paul Rudd and Evangeline Lilly and it has opened on 613 screens at $9,485 per screen. The sequel has narrowly outperformed the original, which opened almost exactly three years ago with a 2015 opening weekend of $5.34m.

After four weekends in release the movie still put close to $4m in the bank for exhibitors. From its 474 screens on the weekend it averaged $8,351 per screen. So far it has clocked up $33.09m in total making it the fastest earner since Avengers: Infinity War (which had a dazzling $57.22m after its fourth weekend).

Last week’s chart champ saw earnings slide 37% on its third weekend yet it still managed to earn just under $4m with its total so far on $26.42m. It also boasted a very strong screen average of $8,061.

Takings for the second weekend here mushroomed with more screens and more sessions. Box office jumped 28% to just over $3m with its 408 screens averaging $7,401.

We thought this might shuffle out of the top five last week, yet it has managed to hang in there despite takings slipping 32%.