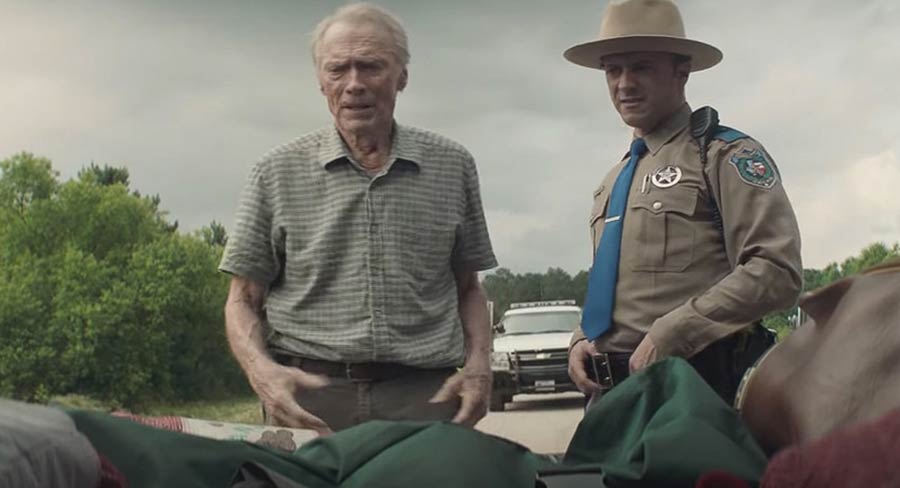 There are two new entries in the top five this week amongst a competitive field of films, with eight films each earning over the $1m mark this past weekend. Despite this bevy of high earners, this flat box office produced a 5% decline on the previous weekend generating a total of $17.55m.

The Mule debuts at #1 as Clint Eastwood proves that he can still draw a crowd, and is joined in the top five by fellow debutant Green Book. These two films have taken the place of Aquaman which made $1.34m (5 weeks, $39.29m) and Mary Poppins Returns which made $1.16m (4 weeks, $17.54m). Despite slipping out of the top five Mary Poppins Returns had the highest average per screen, generating $8,163 across 162 screens.

Bohemian Rhapsody finally commenced its inevitable slide down the rankings last week, and this has continued this past weekend with the biopic coming in at #11 after making $774,656. This brings the overall total to $50.23m as it inches closer to to the $50.38m needed to enter the top 10 all-time for the Australian box office.

Noticeable films outside of the top five this week include:

Being the top earner in its opening weekend is a good start for the film that was based on the New York Times’ article The Sinaloa Cartel’s 90-Year-Old Drug Mule by Sam Dolnick. In its first week of release, it averaged $6,123 across 311 screens.

Dropping down from top spot in its second week of release, the continuation of the story told in Split and Unbreakable averaged $5,302 over 344 screens this weekend.

After four weeks of being in Australian cinemas, the overall Australian box office total for the Dreamworks Animation film now sits at $20.10m, after averaging $5,059 over 322 screens this weekend.

Fresh off winning a Golden Globe and with a possible Oscar on the horizon the film based on the book The Negro Motorist Green Book, and starring Viggo Mortensen and Mahershala Ali debuts at number four. In its first week in Australian theatres, the film managed to average $6,191 after being shown on 260 screens (the highest average in the top five).

After three weeks the family comedy has stayed in the top five after only suffering a 24% drop off on last weekend, while still managing to stay above the $1.5m mark, and producing an average of $5,770 over 275 screens.