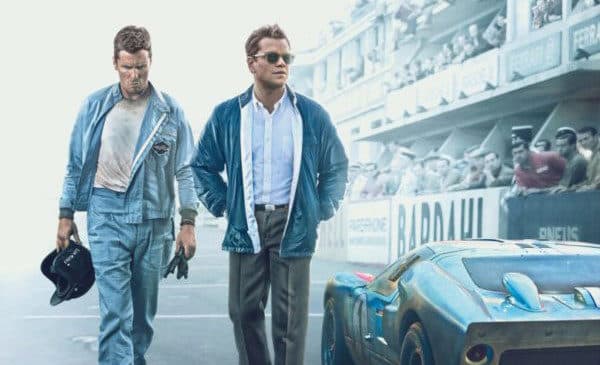 Two new entries have entered the top five in the #1 and #2 slots bumping the rest of the field down the charts. In pole position is the film based on the team that built the Ford GT40 racing car which aimed to rival the Ferrari racing team at the 1966 24 Hours of Le Mans race, Ford v Ferarri.

The second new entry to the top five is Charlie’s Angles which continues the series which was launched by Charlie’s Angels (2000) and followed up by Charlie’s Angels: Full Throttle (2003). This is the latest rendition of the titular Angels since the failed 2011 TV reboot of the same name.

Overall the two new releases to join the top five has given the Australian box office a boost of 4% after making over a third of its total of $9.89m.

Featuring superstar pairing Matt Damon and Christian Bale as American Carroll Shelby and his British driver Ken Miles, the film has gone right to the top of the Australian box office. The film made an average of $5,516 on 468 screens.

The film with the highest average per screen goes to the first Christmas movie of the year which averaged $5,988 in its second week of release bringing its total to $4.63m.

The sixth Terminator movie had three straight weeks in the top five of the Australian box office bringing its total to $7.42m after making an average of $2,699 on 310 screens.

After seven weeks the film continues to inch closer to the $40m mark with its total currently sitting at $38.58m after making an average of $3,306 on 231 screens.