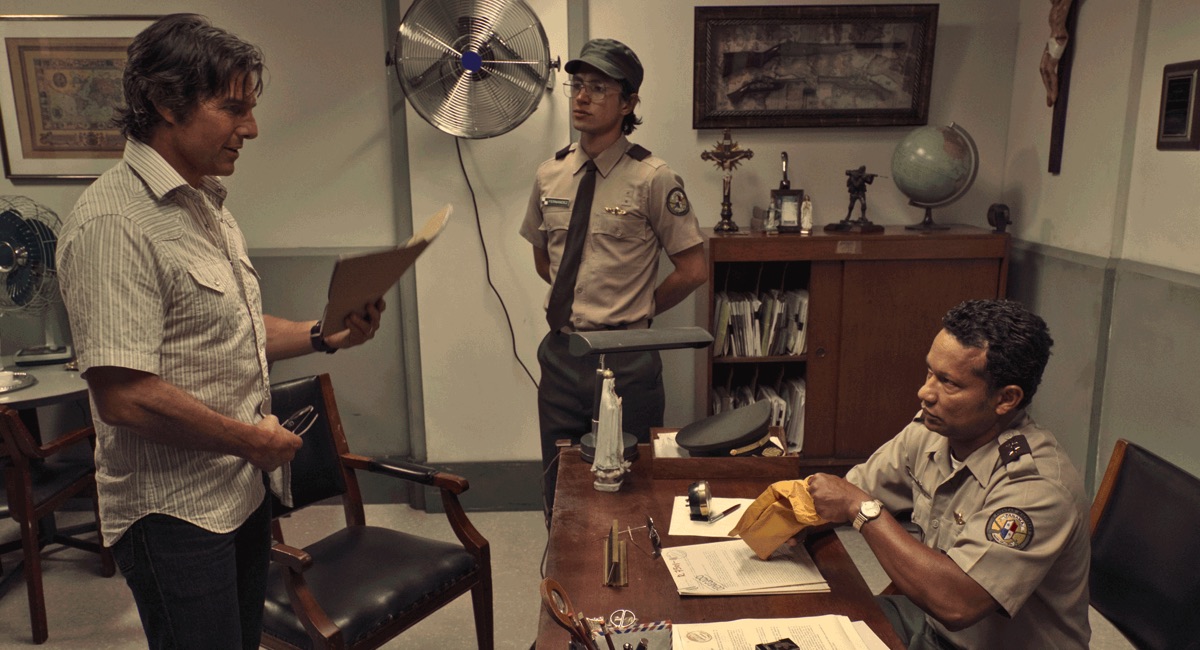 The US box office had a shocker on the weekend and things weren’t much better in Australia. The top 20 gross of $7.88m was the lowest we’ve seen for a a long time and there was just one movie that managed gross more than $1m. The last time the weekend box office was under $8m was over three years ago in March 2014 when the gross was just $7.5m.

Thank goodness for Tom Cruise – and producers Brian Grazer and Ron Howard. They were key elements in the creative team behind this biographical crime drama based on the real life of a pilot who became a drug smuggler who later became an informant to avoid jail time. This was the one financial bright spot on the weekend with a screen average of $5,958 from 211 screens.

The horror film is just short of $6m after three weekends. It is still on just over 200 screens with a screen average of $4,277.

Stephen King‘s sci-fi western dipped 56% from its opening weekend with a screen average of $2,184 from its 269 screens.

The second weekend from the Britcom starring Diane Keaton was down 32% with a screen average of $2,132 from its 235 screens.

Outside of the top five, the screening of the Mayweather v McGregor fight in cinemas earned $433,000 from 69 screens with a screen average of $6,200.