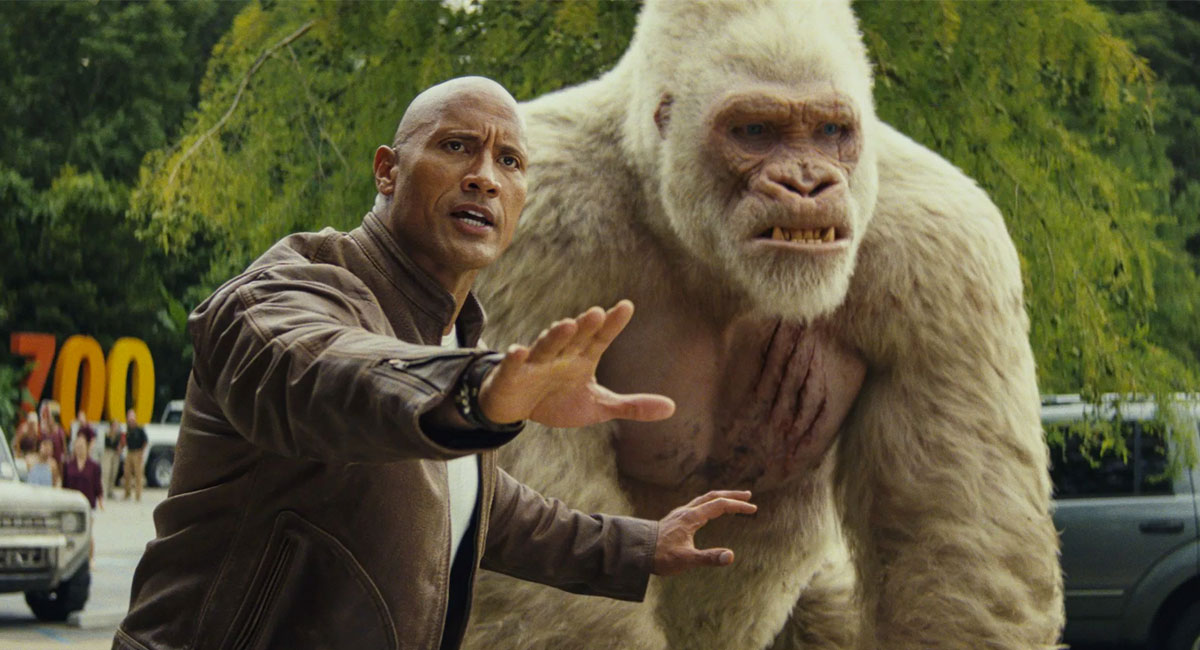 • Dwayne Johnson doing what he does best – generating ticket sales Box office revenues were up 13% to $16.24m over the four-day weekend with just one new release making it into the top five.

That box office total is just one million short of the four-day Easter weekend and is the second best weekend since late February and the second weekend of release for Black Panther.

The top six movies all took over $1m, something that hasn’t happened since the start of February when The Greatest Showman was topping the chart after six weeks with $1.6m.

Given his superb box office pedigree – most recently on display in Jumanji: Welcome To The Jungle – it is no surprise that Dwayne “The Rock” Johnson dragged an audience to the cinema over the weekend. Jumanji 2 lived in the top 20 for 12 weeks before it dropped off the chart after taking $48.42m.

Johnson’s new sci-fi monster film won’t be in that ball park, but it has started strongly though with $3.03m after opening on 469 screens at an average of $6,478. It was the only new release to lob into the top five.

After four weeks the production still manages to hold at #2. The mix of real life and animation appeared on an additional 33 screens on the weekend taking its total to 439 with a screen average of $5,746. The total earn after four weeks is $19.23m.

John Krasinski’s well-reviewed horror movie had the weekend’s best screen average – with $8,377 from each of its 282 screens. Aussie audiences like their horror. The movie has taken just over $6m in the 10 days since it was released.

The comedy based around the trio of concerned parents trying to control their teenage children also spends a third week in the top five. It has the lowest number of screens in the top five – 296 – and subsequently the lowest screen average – $3,860.