Seven’s coverage of the 2016 AFL Grand Final Sydney v Western Bulldogs has amassed the highest TV ratings for the match in a decade with a combined metro and regional average of 4.089 million in-home viewers, up 16% on last year, peaking at 5.160 million viewers.

In Sydney, the average audience was 44% up on last year with 534,000 in-home viewers and a peak of 705,000 cheering on the gallant Swans. It was the highest Sydney audience since their winning 2012 Grand Final. 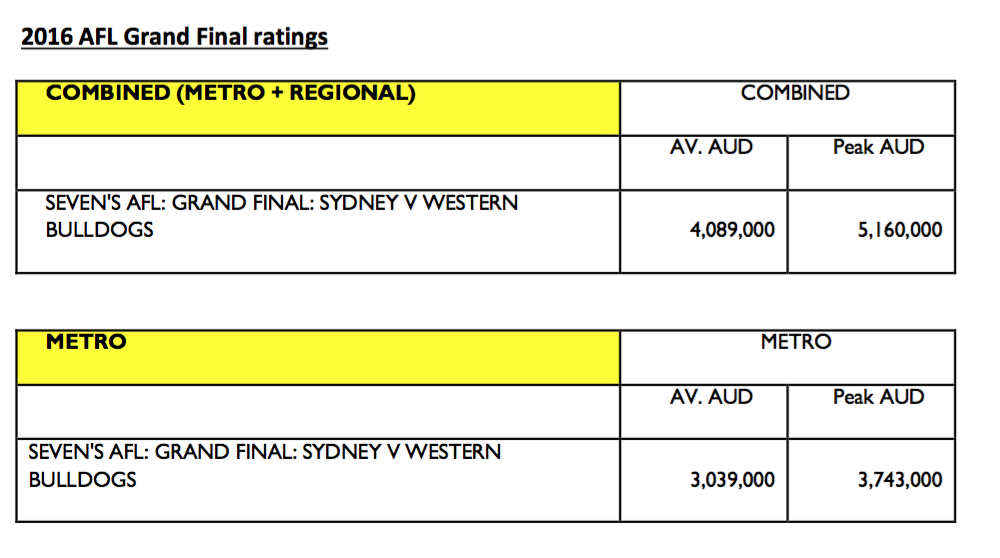 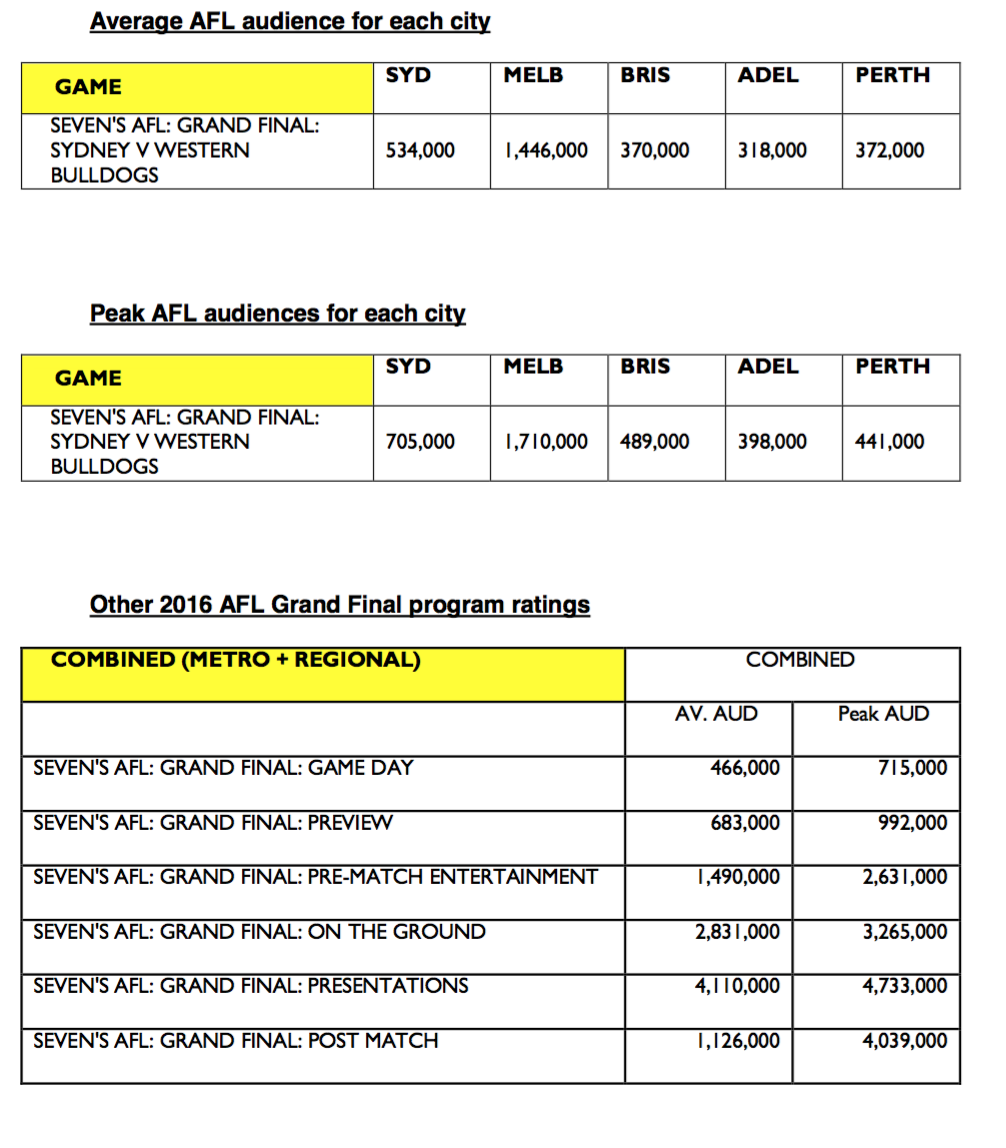