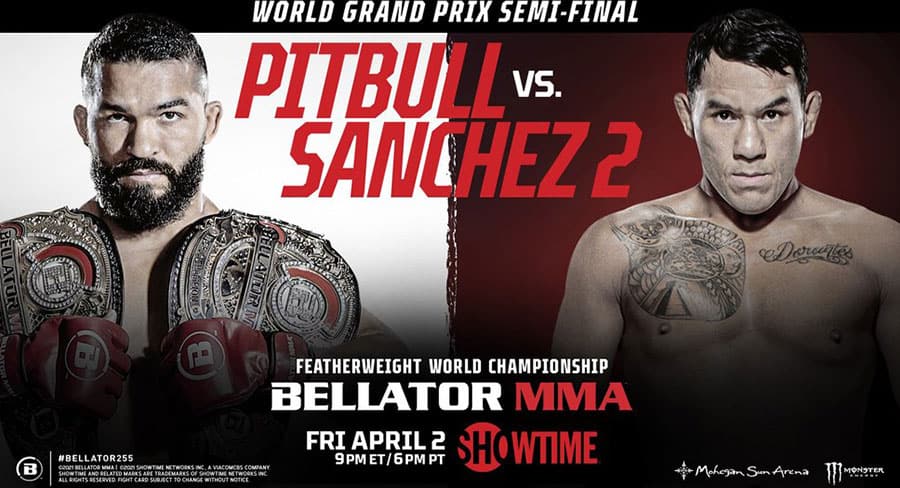 • Bellator will start its year with Pitbull vs Sanchez 2

Entering the cage on Saturday, 3 April at 12.00 pm, 10 Play is the only place to stream every round of action kicking off it’s 2021 calendar with Pitbull vs Sanchez 2.

Sanchez lost a unanimous decision to Pitbull in November 2018 but has since gone on to record wins over Georgi Karakhanyan, Tywan Claxton and Daniel Weichel, the latter two coming in the Grand Prix.

Since 2011 Bellator cards have been predominantly broadcast on Viacom-owned networks (the owner of 10)  in the United States.

In 2018, Bellator announced a five-year streaming deal with DAZN, covering the U.S. and other markets, since Bellator 206, which includes all events aired by Paramount Network, as well as seven exclusive cards per-year.

10 Play will also host a collection of over 400 hours of the best fights, highlights and specials from Bellator.

This adds to 10 Play’s growing list of content, including a bunch of Aussie dramas that were added this year including:

The digital platform also added the culinary show Three Blue Ducks in February as its list of content continues to grow.