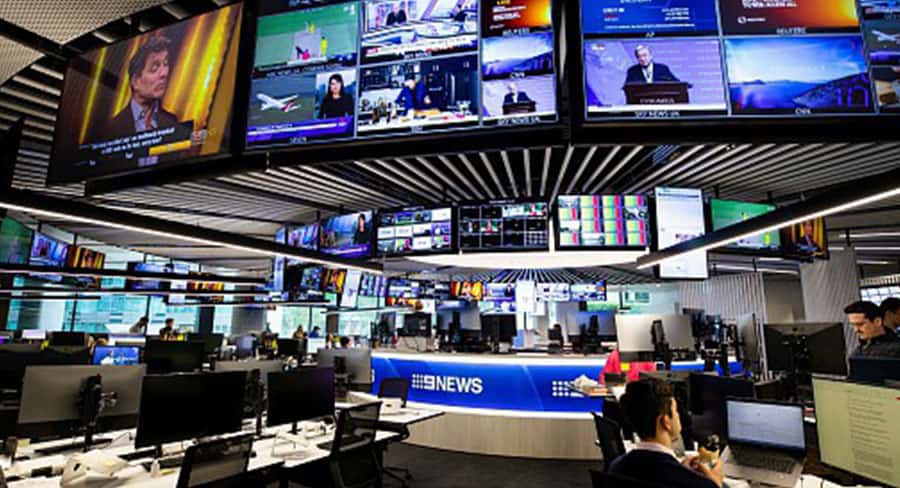 “We will need to remain focussed across impacted business areas”

The Nine Network in Sydney had technical issues broadcasting on Sunday morning. The issues seemed to be confined to the network’s new Sydney studios. Production of Weekend Today and the Sunday morning Sydney-based sports shows were unable to proceed. NSW viewers got to see the Melbourne AFL Sunday Footy Show in place of Nine’s NRL equivalent.

The Sunday afternoon NRL clash between Newcastle and Wests Tigers was covered live. However, the 6 pm Sydney news came out of Melbourne with Alicia Loxley reading what seemed like a national bulletin.

In the 6 pm news Nine claimed it was the victim of a cyberattack on its computer systems.

Nine chief executive Mike Sneesby confirmed on Sunday night the incident was a cyberattack, speaking on Nine News on the eve of starting his new job. Nine’s director of people and culture Vanessa Morley said the company may be unable to fully restore systems for some time and instructed staff to work from home indefinitely. The origin and motive of the attack are unclear, but no requests for ransom have been made.

On Monday, Sneesby sent out a note to staff commenting on the issue and described the attack as significant in scale with a high potential to disrupt the business, but he credited the team’s response to mitigate the damage.

“The fast response from 9Technology in the early hours of Sunday morning was quickly followed by a coordinated operational response that kept our live broadcast capability up and running and minimised impacts to our broader business.

“Over the last 48 hours, I’ve seen countless cases of leadership, ingenuity and resilience as we pivoted quickly in key areas of our business to operate around current limitations.”

Sneesby also mentioned that Nine has established a cross-business working group to decide the priority of services that need to be restored.

“We will need to remain focussed across impacted business areas as we prioritise our technology resources to bring systems back online – I’d like to thank all involved and all impacted for your incredible response so far and your ongoing commitment.

The note to staff also included words from chief information and technology officer, Damian Cronan, who updated staff on the 9Technology response to what he described as a ‘significant, sophisticated and complex cyber-attack on Nine’.

“Our focus in the first 24 hours was on containment and we are confident our technology teams have isolated the attacker and the specific destructive activity that was initiated.

“The consequence of this containment strategy is that our corporate network has been disconnected from the internet, and all internal networks separated from one another (e.g. Broadcast from Publishing, Sydney from Melbourne etc). Other upstream and downstream providers have also been disconnected.

“This has been an effective strategy however, it also means several services that are dependent on the corporate network are not available. This will have a significant impact on business-as-usual processes across the organisation. “

Cronan described the current situation as a state of containment as they work to recover what has been deemed the most critical aspects of service delivery such as on-air and print operations, revenue-driven services, and other critical business services.

“We will be carefully assessing how we bring back controlled levels of connectivity into the network with an emphasis on service restoration, and I want to be clear it will take time before all our systems are back up and running.”