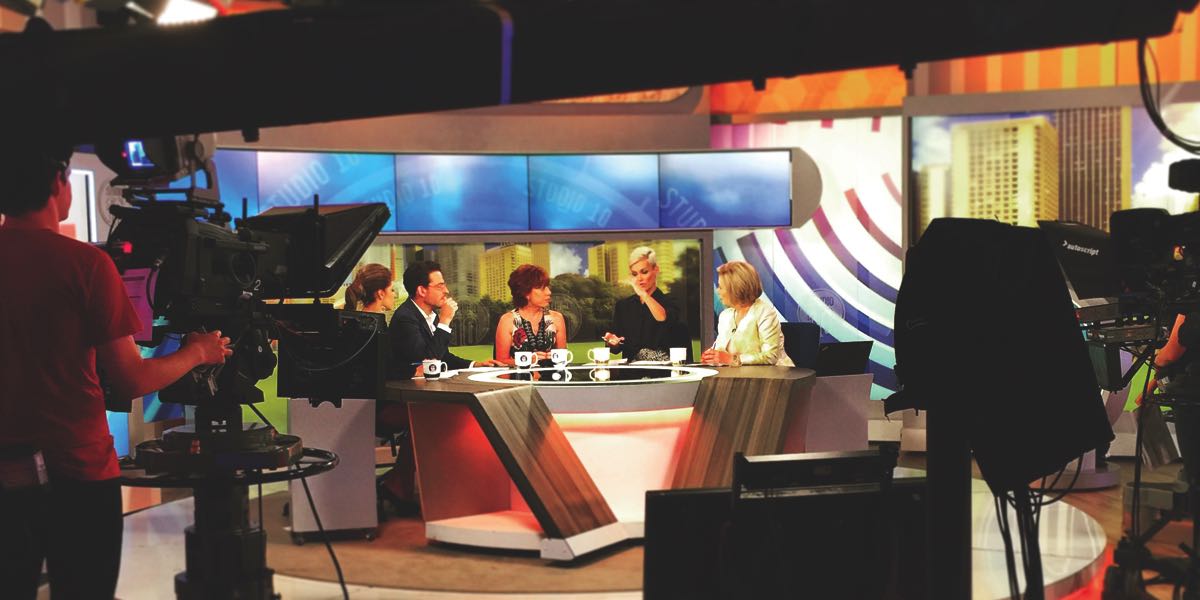 The in-studio audience for Studio 10 is at capacity. Sitting in the crowd of 40, I realised how different it was from my first visit to the show three months after the show’s launch, with the audience near-empty.

Filling the live audience is getting far easier, revealed Studio 10 executive producer Rob McKnight as I met with him and cast members of the show after a Thursday morning broadcast of the daily panel chat show.

“One of the biggest problems we had from a viewership and from a studio audience point of view was people knowing who we are. I think the name Studio 10 is starting to get out there, but even though we’ve got a lot of brand recognition now, it still takes time. We’re not a primetime program being promoted to the nth degree because we’re a morning TV show. That is the fact of what happens.”

McKnight recalled a stormy day which saw just seven people turn up for the audience. Instead of hiding it, the show made a big deal about the situation and paid the audience $100 each for turning up.

“Rob paid for it out of his own pocket,” added Studio 10 panellist Jessica Rowe.

Studio 10 is gaining traction. Last month the show achieved its biggest audience to date, with 116,000 viewers nationally tuning in. Week one of the ratings season had viewership up 17% from the same time last year. It’s quite an achievement when one notes that the show doesn’t have a lead-in, scheduled at 8:30am weekdays after a repeat of the previous night’s Family Feud.

“It’s because we were on air over Christmas,” declared Rowe. “We wanted to do fresh shows.”

McKnight backed up Rowe, and added: “We’re not just running repeats. We believe in being here, delivering fresh content. These guys worked extremely hard over what is traditionally the Christmas break to make that happen.”

“It’s actually outrageous that we get paid for this,” said Joe Hildebrand. The panellist explained that the show has come a long way since its early episodes: “We were more political and newsy and debate-orientated. It was like Q&A in the morning and I think we were all thinking about what we were going to say and how we were going to do. It’s like having a chat around the table in your kitchen or the pub. We all genuinely like each other. You almost forget the cameras are there.”

“We still debate. We still have a good healthy debate about stuff,” added Rowe. McKnight chipped in with his view that there are days where the panellists aren’t getting along, but that works to the strength of the show: “There are days where they don’t overly like each other, but don’t hide that. It’s part of the conversation of the day. You have ups and downs with people.”

One of the great strengths of Studio 10 is the contribution from industry icon Ita Buttrose. The show leverages off Buttrose’s experience and career longevity to great effect as they seek out her unique perspective on issues. Buttrose values the opportunity.

“One of the advantages of being an older woman is you do read people a lot better. There is an advantage of being who I am and where I am, because I don’t really give a damn. I can say what’s on my mind. The one thing you know about television is you cannot lie to the camera. The camera sees inside our souls. The camera knows when people are lying. We actually speak from our hearts and the viewer knows that,” Buttrose explained.

Midway through the broadcast of the Thursday morning episode, I was invited into the control room to watch McKnight and his team producing the show. From a floor above the studio, I watched not only the vision switching between camera shots and a cut-away to a pre-recorded advertorial with Jono Coleman, but also McKnight and his team chasing down some last-minute footage to overlay.

Most interesting was watching McKnight feeding the panel insights and perspectives designed to stimulate conversation. I watched as McKnight reminded Hildebrand during a segment about teenage girls brawling on the street that when they were teens witnessing a fight, they used to just stand around and watch too. While Hildebrand didn’t follow up that idea in the panel chat, Jessica Rowe soon took McKnight’s bait and added her own spin onto comments about football fans firing off flares at games.

From the control room, McKnight serves almost as the sixth panellist on the show. The panel members each have their thoughts on that.

Hildebrand explained: “Sometimes the discussion gets so fiery and animated that Rob forgets that he’s not sitting at the desk. There have been times where I’ve been arguing with Rob in my ear about some political story and we’ve both forgotten one of us is in front of the camera and the other is behind.”

McKnight brushed aside the gentle ribbing of the panellists. “The idea of any line producer is to offer things up to the panel and it’s there for the taking or not. It happens on every show. I try not to be too intrusive until I vehemently disagree with them and I argue with them on the air,” he said.

With Studio 10 competing against Seven’s The Morning Show and Nine’s newly rebranded Today Extra, the fight for viewers in the morning has intensified. Despite that, McKnight says that he is busy keeping his focus on his own show.

“I can honestly say I am not basing my decisions on what the other shows are doing,” McKnight emphatically stated. “They are doing their own thing and they are two very similar shows. We’re offering a real alternative. And of course I keep half an eye on it, but I’m not going and watching the tapes. I’m not getting interns to jot down every segment they’ve got each day. The reason I’m not doing that is because we’ve got a great show. I’ll tweak the format. I’ll move things around. It has nothing to do with them. It’s to do with what is best for our show.”

“If anything, they’re changing to keep up with us because we’re creeping up,” Hildebrand added.