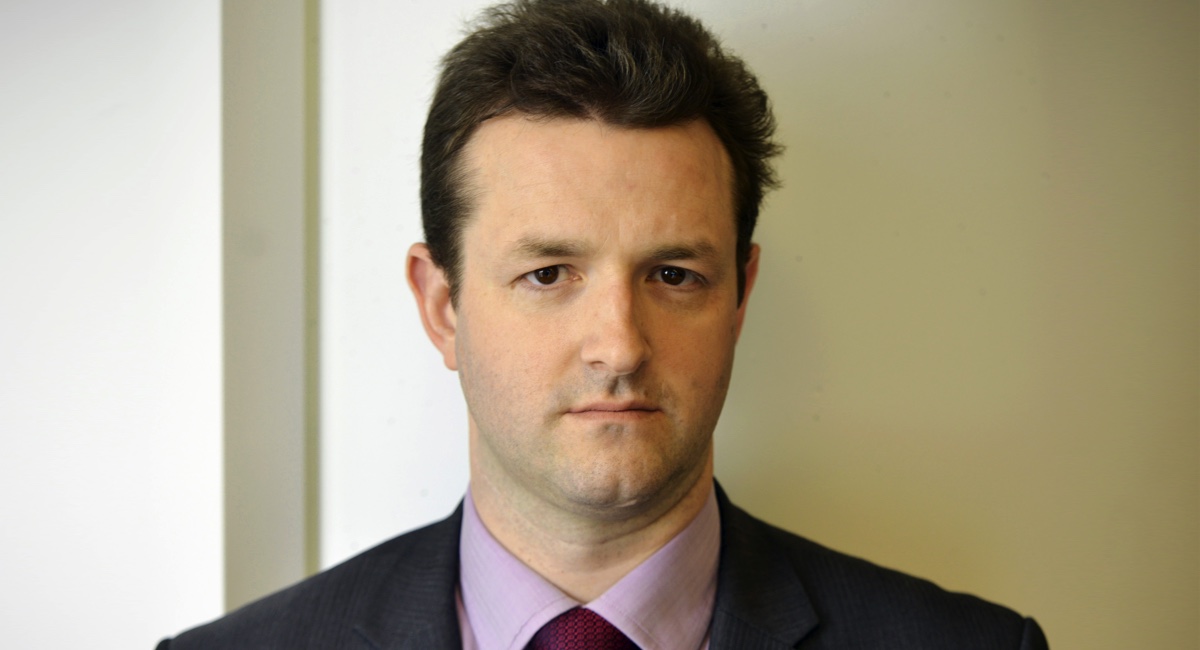 The 2017 UK general election was the first that Jamie Angus hadn’t had an active role in covering as a journalist or a producer. After having covered some of the biggest news stories coming out of Europe in recent times like the Scottish independence referendum and the EU referendum, it was time for Angus to enjoy the unfolding events on 8 and 9 June as a spectator.

“I am not in the eye of the storm of the UK coverage as I was in the previous general election two years ago. It feels very different,” Angus said. “On one level I am really enjoying it, because I am enjoying consuming our UK news coverage as a consumer rather than an active editor and curator.”

Angus has been in his current roles of BBC World Service Group’s deputy director and BBC Global News Limited’s editorial director for about six months. Prior to that, he was the executive producer of BBC Radio 4’s current affairs program Today.

“More widely, the BBC World Service Group runs all of BBC’s news activities outside the UK. When people think of the World Service they think of radio – you hear that on ABC radio service overnight in Australia. We make those products both in English and multiple foreign languages.”

BBC World Service Group currently produces news for radio in just under 30 languages other than English. This will have increased to 40 by the end of this year, Angus revealed. This is a non-commercial operation of the BBC. The only wholly commercial operations that the BBC has in news are the international TV news channels and the international English language news websites.

“We’ve always had the mission to go to places where there is no access to free news,” he said.

That is why one of the regions that BBC World Service Group is expanding to this year is North Korea. The authoritarian country is notorious for having a tight control over its media.

Angus said: “North Korea is the ultimate news-need audience. It’s a very, very hard-to-access audience, because obviously we can’t go into North Korea and operate freely there. Like most international broadcasters, we are only very occasionally let into North Korea and can only operate under very restrictive practices. Just the mechanics of getting the news into North Korea is going to be really complicated. But there are ways in which we think we can do that.”

As to where Australia stands in BBC priorities, Angus said: “Australia is a really mature media market. We are one of the numbers of international players in this market. Australians have really good access to international and national news.

“We have a small and modest investment in this market. There’s so much international news already on the BBC News website so what we are doing is curating that specifically for an Australian audience and writing a small amount of specifically bespoke Australian content. It’s only a small amount, because we don’t see ourselves as specifically in competition with Australian domestic offerings like The Guardian, which is making a significant investment and content for Australia.”

Commercially, BBC.com makes revenue from its programmatic ad sales and branded content, which is made via its BBC StoryWorks team.

“The fact that the BBC is the most trusted international news brand is really good for commercial partners who want to make branded content,” Angus said.

More than 70% of news consumers in Australia are concerned about fake news, a recent study from BBC World News and BBC.com has found. Over 75% are more inclined to refer to established news brands because of fake news. People in Australia tend to trust traditional news media 64% more highly than digital native news sites.

The term “fake news” has been the subject of many discussions this year. During her recent visit to Australia, Wikimedia’s Katherine Maher also spoke about it to a great extent. She told Mediaweek that fake news in itself is not new, it has always existed, but has had different names over time such as yellow journalism.

Angus agreed with Maher’s point. However, he said the discussion is more relevant today due to the digital nature of the game.

He said: “As long as there have been newspapers, there has been a concern about that. We are living through an era of unprecedented change because of the digital nature of the world. The key thing that has happened is the digital distribution model has lowered the barrier of entry into the news business. Previously you would’ve had to spend hundreds of millions of dollars to acquire newspapers, TV channels and radio stations. Digital now means that anyone can enter the news publishing game, even if they don’t have an established set of values and experience behind that. And they can pass off what they are doing as news. The fake news issue has a lot to do with that.”

The media industry around the world has been the victim of big changes in the last few decades thanks to the advent of technology.

“I still think of myself as a journalist,” Angus said. [Laughs] “Journalists always like to complain about conditions and the nature of what we do. It’s the job of management and news executives to be able to see right across the piece and look very broadly at what the audiences want, what platforms and what methods they want the news to be consumed in. This helps journalists who work in our team to be trained to that and to be skilled to that and deliver against that.

“We are all struggling with the same thing. The traditional proprietary distribution model where a big news organisation would control all the methods of distribution of its own news is really, really breaking down. In a sense that’s a good thing – it means we are growing news audiences. People are consuming news on social media and other digital platforms, which they wouldn’t have actively gone out and sought out…This also poses huge challenges for our industry, because it removes the element of control over how your news is curated and what it appears against. You no longer control who it goes to and don’t have total visibility on who those audiences are, because you are distributing it via third parties.”