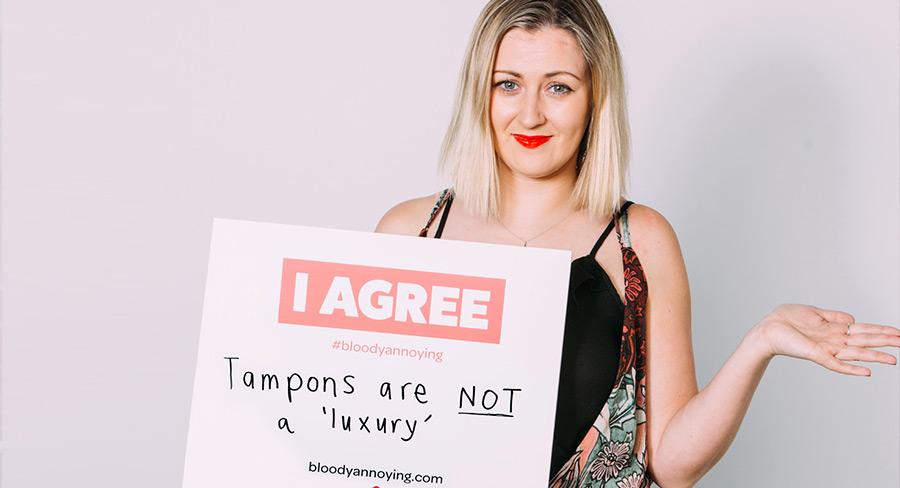 The campaign was created by Story54 in collaboration with Collins Gartrell.

Bauer Media has launched a new campaign called No Gender Selective Tax (NoGST). The new campaign is a major cross-brand initiative to remove the Goods and Services Tax (GST) from the price of tampons, pads and sanitary items for all Australian women.

Bauer Media brands such as Elle, The Australian Women’s Weekly, Cosmopolitan and Woman’s Day, as well as others from the Trader Group, have united to influence a legislative change. Consumers are encouraged to sign the petition at bloodyannoying.com if they wish to join the campaign. Bauer Media CEO Paul Dykzeul said: “For well over half a century our brands have been forceful advocates for women’s issues and have played a significant role in promoting political, social and cultural change. We intend to use our influential voice to make a change to our tax system that should have been made years ago.”

Fiorella Di Santo, GM Publishing Fashion, Luxury, Food & Home, said: “This isn’t just about women – it’s about equity and fairness. The GST on sanitary products is effectively a tax on being female. It’s unfair and discriminatory and has to go.”

The No Gender Selective Tax campaign is a part of Bauer Media’s corporate purpose to be the champion for Australian women, and its promise to publish 10 million words by 2019 towards a more equal future for women.

The NoGST campaign launches today across Bauer Media’s print, digital and social media channels, reaching 9.2 million Australians. It is intended to be the first in a series of Bauer Media campaigns to create change and a more equal future for Australian women.