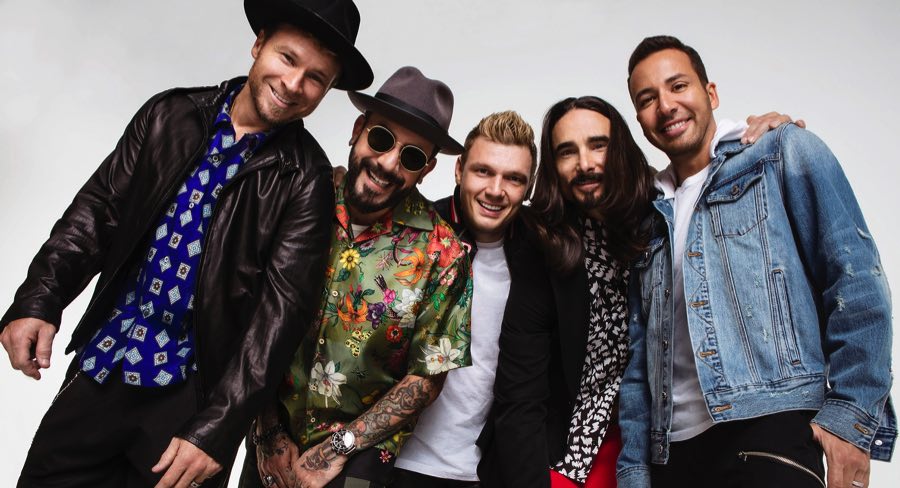 Tickets to the Backstreet Boys live in Las Vegas can only be won by listening to the Hit Network.

The Hit Network will be taking some of its listeners to Vegas in August 2018 for a special World Famous Rooftop performance from the Backstreet Boys.

The radio network is billing this as an “Australian exclusive”. National 3pm program hosts Tommy Little and Carrie Bickmore will host the event.

Tickets to the Backstreet Boys live in Las Vegas can only be won by listening to the Hit Network: Fox FM in Melbourne, 2Day FM in Sydney, Hit105 in Brisbane, Hit107 in Adelaide Hit92.9 in Perth, Oldskool Hits on Digital radio, as well as the Hit Network’s 37 stations across regional Australia.

The World Famous Rooftop performance from the Backstreet Boys follows the release their newest single Don’t Go Breaking My Heart in May 2018. The American boyband recently marked its 25th anniversary.

In 2017, the World Famous Rooftop hosted artists such as P!nk, Katy Perry and Ed Sheeran.

Hit Network’s head of content Gemma Fordham said: “The WFR has hosted a swagger of amazing artists over the years and it only continues to get better with these superstars – the Backstreet Boys! My 14-year- old self is screaming with excitement!”