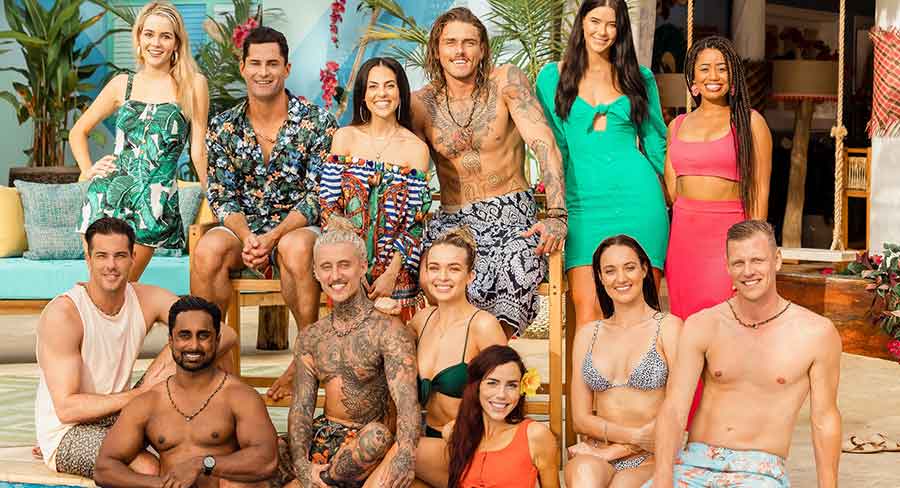 • Plus The Bachelor Australia to air in August

13 different singles from the Bachelor and Bachelorette Australia will return to Aussie screens on Wednesday, July 15  at 7:30 pm when Bachelor In Paradise returns for its new season on 10.

Fresh-faced and full of hope, the fate of these singles is written in the white sandy shores of Fiji. And while some will meet their perfect match, others will find themselves in nothing but trouble in Paradise.

It has been announced that joining the white shores of Fiji is Jake, who narrowly missed out on Bachelorette Georgia’s heart, before finding love with Megan on season one of Bachelor In Paradise.

It has also been confirmed that the new season of The Bachelor Australia will air in August after filming commenced with strict safety measures due to the COVID-19 pandemic.

The new Bachelor is  Locky Gilbert who is an experienced cave diver, base jumper, mountaineer and athlete the 30-year-old adventure guide. The self-confessed meat pie and sausage roll connoisseur describes himself as a hopeless romantic who wears his heart on his sleeve, he is looking for a driven and outdoorsy woman with a wicked sense of adventure. Someone with whom he can take on the world and snuggle up to on the couch.

“I really want to find love. I’m pretty content with my life at the moment. I go on these crazy adventures, but I’d love someone to share the memories with.

“I’ve got best friends, but I want to find that one best friend that I can spend the rest of my life with. This is an amazing opportunity to hopefully find someone special at the end.”

Past seasons of The Bachelor/ Bachelorette Australia franchise have resulted in fairy-tale endings for Tim and Anna, Sam and Snezana, Georgia and Lee, Matty J and Laura, Ali and Taite and Angie and Carlin.

Hosted by Osher Günsberg, The Bachelor in Paradise is made for Network 10 by Warner Bros. International Television Production.