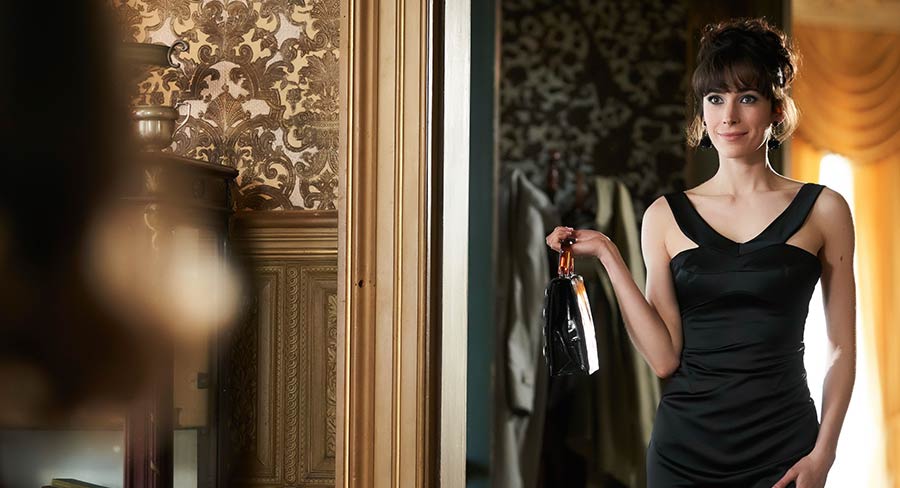 Screen Australia has announced two feature films, a television series, two children’s dramas and an online project that will share in $6 million of production funding.

This includes RackaRacka creators Danny and Michael Philippou teaming up with Causeway Films on their debut feature film Talk to Me; the second season of Ms Fisher’s Modern Murder Mysteries; and children’s series MaveriX for the ABC about a teen motocross academy in Alice Springs.

Also receiving funding is anthology feature Here Out West, which will bring together eight stories from different writers in Western Sydney; and a new season of hit LGBTQIA teen series Flunk for YouTube.

Sally Caplan, Screen Australia’s head of content said, “Australian creators continue to capture audiences around the world, such as the RackaRacka team which has built a huge following on YouTube and are now set to deliver a new experience for fans and newcomers alike with their debut feature film. Fans will be delighted to see the Miss Fisher franchise back with another season of the spin–off, Ms Fisher’s Modern Murder Mysteries; and Flunk which is making a mark for LGBTQIA representation with over 20 million views of the first two seasons. I am also thrilled to support the emerging writers on Here Out West whose powerful scripts will celebrate stories about diverse communities.”

“It’s heartening to see so many strong projects in the works despite the challenges COVID-19 has brought on the industry. The appetite for distinctive local screen stories remains undiminished and we look forward to more and more productions being able to get underway again.”

THE FUNDED FEATURES ARE:

• Here Out West: An anthology feature film from Co-Curious and Emerald Productions set in Western Sydney, by eight writers from the region. The story begins when a baby is kidnapped from a hospital by a desperate grandmother, an event that impacts eight lives in surprising and affecting ways over the course of one day. This creative team is led by producers Annabel Davis, Sheila Jayadev (Ali’s Wedding) and Bree-Anne Sykes, and executive producers Blake Ayshford (Mystery Road), Lyn Norfor (Undertow) and S. Shakthidharan. The writers are Nisrine Amine, Bina Bhattacharya, Matias Bolla, Claire Cao, Arka Das, Dee Dogan, Vonne Patiag and Tien Tran. 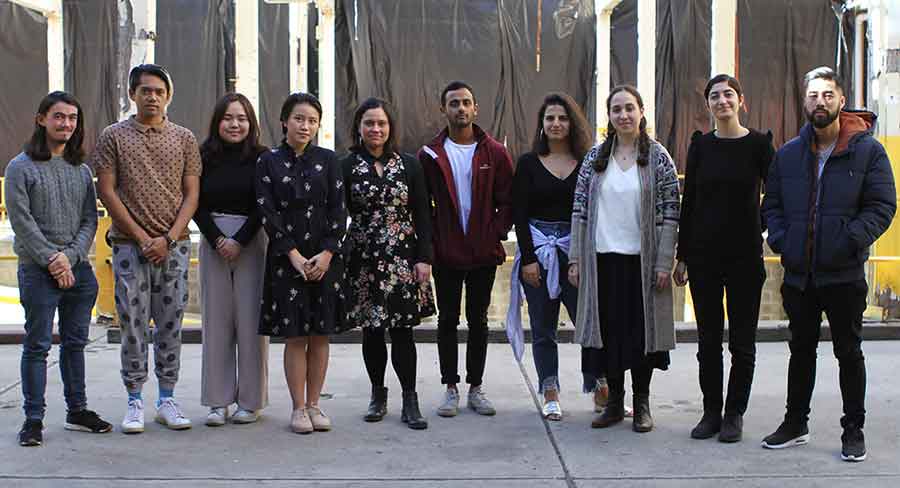 • Talk To Me: The first feature film from directing brothers Danny and Michael Philippou, the award-winning creators behind hit YouTube channel RackaRacka which has over six million subscribers. Talk To Me is a horror that follows lonely teenager Mia who becomes hooked on the thrills of conjuring spirits through a disembodied hand. But when Mia is confronted by a soul claiming to be her dead mother, she becomes increasingly plagued by supernatural visions, and must decide whether to trust the living or the dead. Danny Philippou is co-writing with RackaRacka collaborator Michael H Beck and the team is joined by producers Samantha Jennings and Kristina Ceyton from Causeway Films (The Babadook). This project is financed with support from the South Australian Film Corporation. 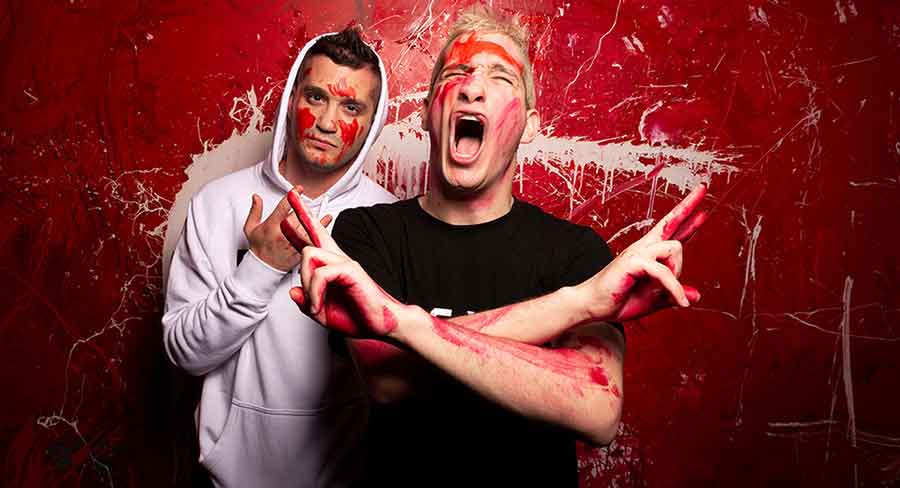 THE FUNDED TELEVISION PROJECT IS:

• Ms Fisher’s Modern Murder Mysteries Series 2: An eight-part second season for Acorn TV and the Seven Network. This spinoff from the cult favourite Miss Fisher’s Murder Mysteries follows Miss Fisher’s niece and fellow sleuth Peregrine Fisher in 1960’s Melbourne. As more murders unfold around Peregrine, she must tackle her biggest mystery yet while juggling marriage, career and the life of an Adventuress all at the same time. An Every Cloud production, returning for season two are writer/executive producer Deb Cox, producer Beth Frey and executive producer Fiona Eagger. This project has also received major production investment from Acorn TV and is financed with support from Film Victoria. The global partner is all3media International.

THE FUNDED CHILDREN’S TELEVISION PROJECTS ARE:

• Hardball Series 2: A 10-part second season of this multi award-winning series for ABC ME, about Mikey and his misfit mates who are set on being the greatest handball champions Western Sydney’s ever seen. In the new season, Mikey and the gang try to win the state doubles handball tournament, before they reach the end of primary school and experience all the change that comes with it. Series 2 sees the return of directors Darren Ashton and Fadia Abboud, creators and writers Matt Zeremes and Guy Edmonds, along with producer Joe Weatherstone and executive producers Catherine Nebauer, Bernadette O’Mahony, Jan Stradling and Mary-Ellen Mullane. Also joining the creative team are writers Amy Stewart (Drop Dead Weird) and Nazeem Hussain (Orange is the New Brown). This project is commissioned by the ABC and financed with support from Screen NSW, and distributed by the Australian Children’s Television Foundation. 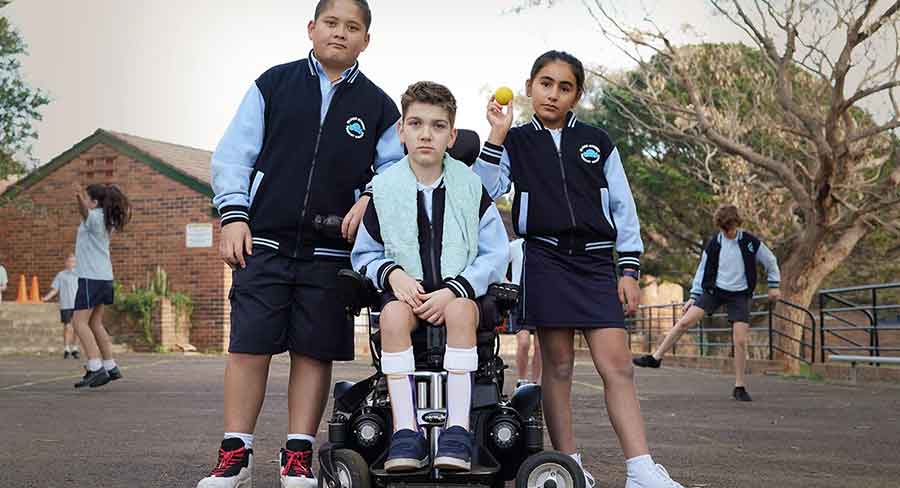 • MaveriX: A 10-part series for the ABC about a group of junior motocross riders who are selected for the first ever MaveriX Academy in Alice Springs, the home of dirtbike racing in Australia. The series will follow the six teens as the program pushes them to their limits, and ultimately gives them the chance to join a professional racing team. MaveriX is produced by Brindle Films’ Rachel Clements and Trisha Morton-Thomas who collaborated on Finke: There and Back, and is written by Sam Meikle (Wakefield), Fin Edquist (100% Wolf), Michelle Offen (East West 101) and Kelly Schilling (Two Twisted). The executive producers are Bernadette O’Mahony, Rachel Clements, Sam Meikle, Isaac Elliott and Mary-Ellen Mullane. This project is commissioned by the ABC and financed with support from the Northern Territory Government and Screen Territory, with the Australian Children’s Television Foundation and the South Australian Film Corporation.

THE FUNDED ONLINE PROJECTS ARE:

• Flunk: A 40-part LGBTQIA teen series for YouTube, which follows shy 16-year-old Ingrid as she explores her sexuality and identity. Picking up from the hit first two seasons which have gained 20 million views, this series sees Ingrid prioritising her own happiness after recovering from a suicide attempt, but she struggles when she develops feelings for the same girl as her best friend Brayden. Writer/director Ric Forster (Neighbours) and producer Melanie Rowland are joined by writers Mekelle Mills (Zoe.Misplaced), Phoebe Williams, Helen Le and Luke McCarthy.