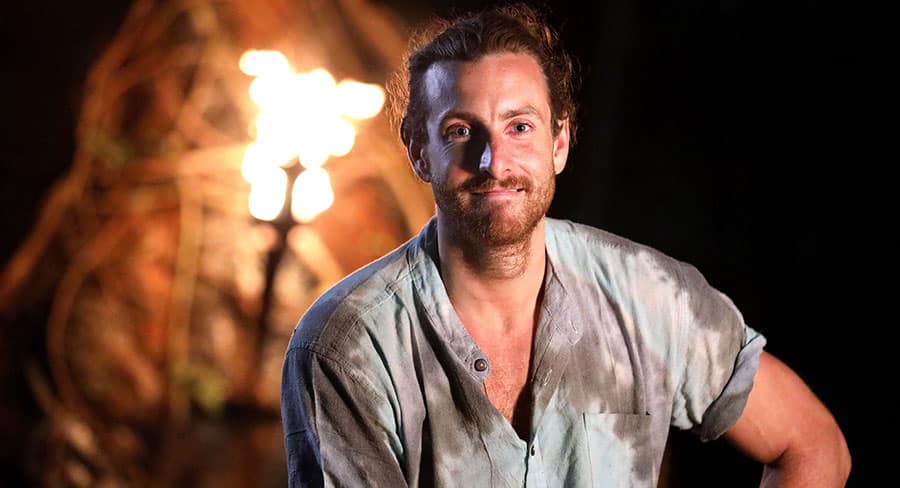 • With five votes to Shonee and three votes to Henry, Zen Hen finally fell off his perch.

Going too hard out of the blocks from day one finally caught up with Henry, as his last attempt to gain control of his tribe ended in elimination on tonight’s Australian Survivor: All Stars.

With the rain set in, Vakama was a tribe divided, apart from Locky and Brooke who formed a romantic connection. But with an idol in play and a constant reminder hanging around Mat’s neck, the mood was a sombre one.

Over at Mokuta it was a similar story. Knowing the tribe had spooked Henry, it was only a matter of time before he retaliated; something Nick was determined to manage and spread the word amongst the others that Henry had to go.

During the reward challenge where a member of each tribe went head-to-head to knock an idol off a handheld podium, Henry was nominated to play two rounds. His final play was pure acrobatics against David and won Mokuta the ice cream reward. 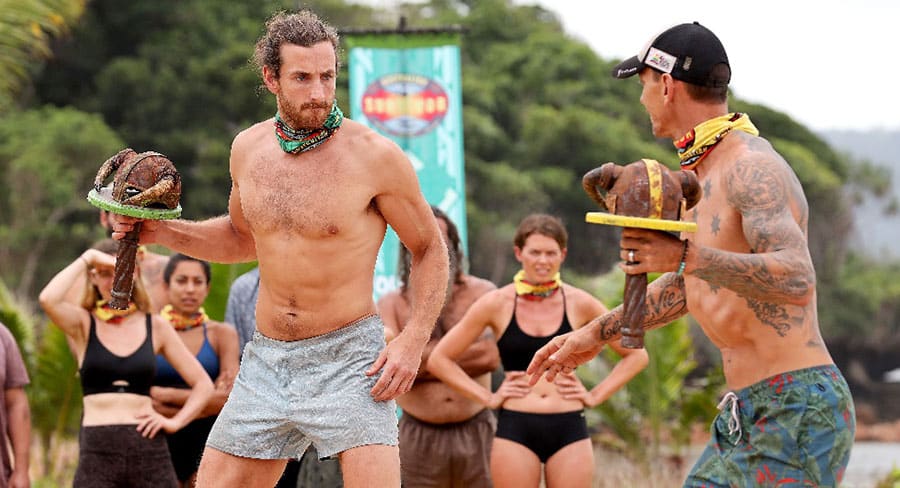 Realising Henry was a challenge beast hero, Shonee knew she was most likely on the chopping block next, should they lose the immunity challenge.

Locky and Phoebe used their reward token purchased previously at the Survivor Shop to join Mokuta on their ice cream excursion, hoping to extract game play from the opposing side. Much to their disappointment, they left empty handed on a sugar high.

While everyone was washing ice cream remnants from their hands in the ocean, Shonee spotted an idol clue, revealing there was one hidden under the water well. Not wasting any time, she moved the heavy barrel undetected by the rest of the tribe, scoring the hidden idol. On her way back into camp, Shonee bumped into Nick, and unable to contain her excitement, told him about her find.

During the immunity challenge, Mokuta had a healthy lead until they couldn’t land a ball in the net. Along came Locky who had the better ball skills and lead Vakama to immunity victory.

Faced with yet another Tribal Council, Abbey went on the war path wanting to weed out the weakest challenge link, but Nick had other ideas and wanted Henry out of the game for good. After an afternoon of chats trying to drum up the numbers, Nick, Shonee and Harry believed they had the others onside with their Henry plan, however Henry wasn’t having a bar of it.

Desperate, Henry created a fake idol to plant and then find during Tribal Council to create doubt amongst the tribe, before they went to vote.

Putting his plan in motion, Henry asked Jonathan for a minute to find something, and collected his ‘hidden immunity idol’ in front of the remaining Mokuta tribe. Nick however didn’t buy it and voiced his doubt that the idol was legit.

With the votes cast, Jonathan made the call for any immunity idols to be played before the vote was read. Shonee caved and played hers for herself, saving her from elimination.

With five votes to Shonee and three votes to Henry, Zen Hen finally fell off his perch.

On being voted out, Henry said: ‘Zen Hen went out way too big from the start, I’ll be the first to admit my mistakes. Seeing someone like me, a physical threat and a strategic threat go at number five, I think it’s really going to get the ball rolling. It’s going to be blindside after blindside!”