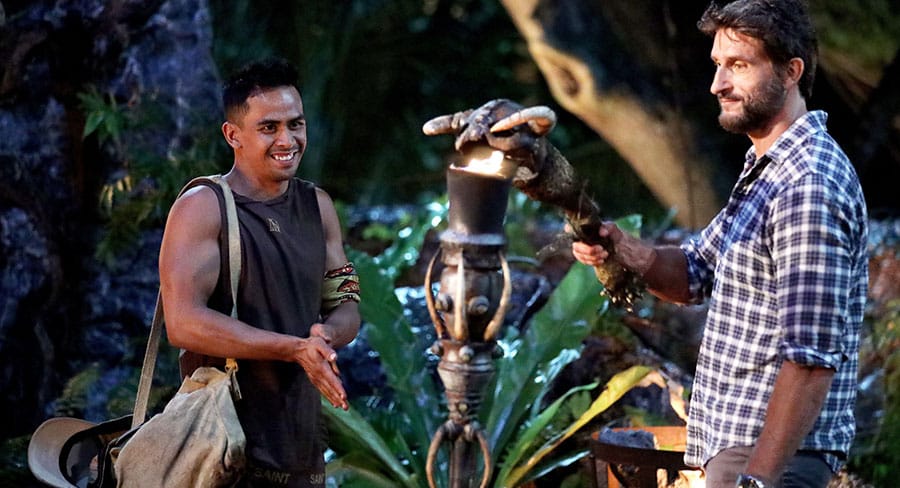 “I got blindsided. First time for everyone!”

After previous winner, Shane Gould, was voted off the island on night one, the writing was on the wall for Season 2 champion Jericho, who was eliminated in tonight’s Australian Survivor: All Stars.

After last night’s Tribal Council, Harry had his suspicions that Henry put his name forward in the vote and started working on an alliance to keep himself safe.

Rallying Shonee and Nick, the naughty kids formed the Little Rascals and created huge plans to rock the Mokuta tribe.

With the rain setting in, Vakama were desperate to start a fire. With no flint, they had to do it the old-fashioned way – by rubbing two sticks together.

No tribe in Australian Survivor history had ever done it… but they didn’t have the golden guns of both David and Locky on their side either. Fire was finally created, and the yellow tribe had their first meal in two days.

Using the charcoal from the fire as warpaint, Vakama walked into the reward challenge full of confidence. With a trip to the Survivor Shop up for grabs, each team was chomping at the bit to win.

Facing off on a pontoon, tribes met each other three on three, wrestling to throw the opposition into the water to score points.

With one match paused due to a possible injury to Zach’s knee, it was Vakama’s determination that won the day, with Locky and Phoebe chosen to do the shopping.

Arriving at the makeshift store, the pair were tasked with choosing five items to take back to camp to either share or to keep for themselves.

Eventually settling on flint, tarp, vegetables, a token giving the pair power to attend the opposing tribe’s future reward win and a jar of cookies, the pair headed back to camp.

Leaving Locky to do the talking, Phoebe sat back until it was time to tell a select few about the secret stash of cookies. Inviting AK, Brooke, Daisy, David and Flick to share in their good fortune, the Cookie Alliance was born.

Immunity was back up for grabs and the tribes again went head-to-head, this time in an obstacle challenge with a throwing element to finish. In the end it was Mokuta who were victorious, sending Vakama to their first Tribal Council.

With Vakama clearly divided into two separate tribes, the Cookie Alliance ducked off to discuss tactics. Daisy wanted to target Moana, but David wanted Jericho out due to his stealthy social game.

Mat’s alliance was after Daisy to keep the strength of the tribe, and the votes with him. Seeking out AK and Phoebe for their swing vote, it was ultimately up to them which way the cookie would crumble at Tribal Council. 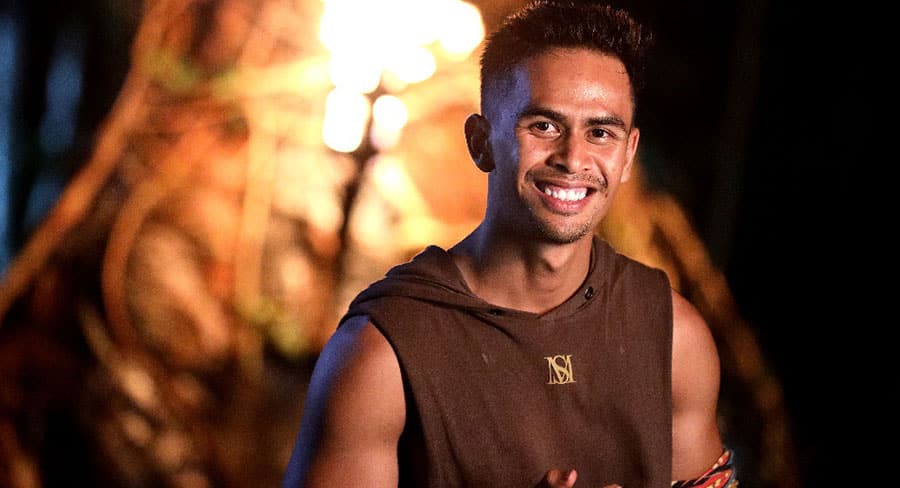 With Jericho’s fate set around the cookie jar, the vote was split five to Daisy, seven to Jericho, sending him home.

On his elimination, Jericho said: “I got blindsided. First time for everyone! I actually applaud the other guys for doing such an amazing blindside because I think this is what All Stars is about – to play the big moves.”