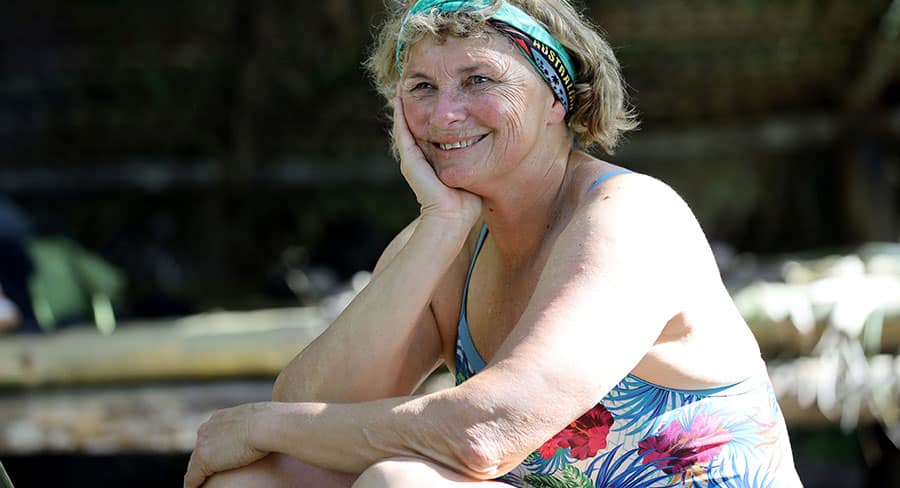 • Australian Survivor: All Stars attracted a launch episode audience of 624,000.

Unfortunately, with a target on her back as soon as she stepped off the truck, Olympic Gold Medallist Shane Gould was sent home after fighting a good fight during the very first Tribal Council.

Meeting each other back on the beach, the castaways were split into their tribes. The yellow tribe was named Vakama, meaning to burn. And, saw AK, Brooke, Daisy, David, Flick, Jacqui, Jericho, Locky, Mat, Moana, Phoebe and Tarzan team up against the green tribe of Mokuta. Meaning to strike, Abbey, Harry, Henry, John, Lee, Lydia, Michelle, Nick, Shane, Sharn, Shonee and Zach were sure their tribe name was a good omen.

First up was a reward challenge using fire. With the ultimate tribe camp up for grabs, both sides dug deep, desperate to start the game with the best advantage.

After a few hiccups on both sides, the competition was neck and neck. Once Mokuta’s bonfire was ready to be lit, it was Henry who raced to grab the torch, finding the first immunity idol clue of the season. Looking over to Vakama’s torch, Henry spotted another clue.

With Mat running to grab the torch for the opposing tribe, Henry gave him the heads up as to what surprise was waiting for him.

Mokuta won by adding hessian to the top of the bonfire that saw their fire burn higher, resulting in walking away with the game changing reward.

After settling into their new surroundings, Henry ducked off to read his clue. The clue revealed the idol was hidden at Tribal Council and he had to be quick to grab it as the power was only available for use during the first three eliminations. With Mat having access to the same clue, the race was on to see who nabbed it first.

Spending the night with no real shelter and no fire, Vakama headed into the first immunity challenge already deflated. But the smugness of reward challenge winners Mokuta saw them more determined than ever to win.

After flinging themselves over A frames, each tribe had to make their way through a series of tunnels barred by sticks. Using his body as a battering ram, Locky barrelled his way through each tunnel for Vakama, with the tribe taking the lead.

Pulling away from Mokuta, it was AK’s balls skills that won the challenge for Vakama, sending the green tribe to Tribal Council.

Out for vengeance after being blindsided last time, Lydia was quick to nominate Shane to be voted off first and Harry was only too happy to go and rally the numbers.

Going against the majority vote, Henry was gunning for Dirty Harry and told anyone who would listen they should vote him off too. However, when the votes were counted, Shane received seven votes, while Harry received only three.

For the first time ever, Shane Gould had her Australian Survivor flame snuffed out by host Jonathan LaPaglia.

Despite the vote not falling his way, Henry’s disappointment didn’t last long when he got his hands on the hidden immunity idol planted at Tribal Council. Zen Hen was back in the game.

On being voted out, Shane said: “I’ve just been outwitted and outplayed by the All Stars. I think people had revenge on their minds. They might have voted me out but at this stage, I’m still half a million dollars richer than they are”. 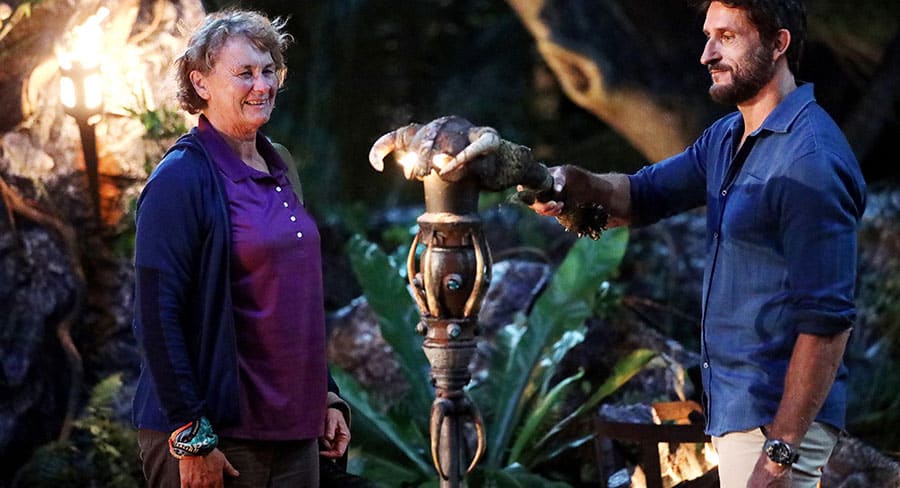 10 has replaced I’m A Celebrity with Survivor and the 24 players on Australian Survivor: All Stars attracted a launch episode audience of 624,000. While the program didn’t launch as well as previous Australian Survivor episodes, Network 10’s chief content officer Beverley McGarvey said: “We’re pleased with the audience for the first night of Australian Survivor: All Stars. On a very competitive night, it performed well in our key target market of under 50s and generated excellent year-on-year growth in its timeslot. The new season is fantastic and we can’t wait for viewers to see how it unfolds.”