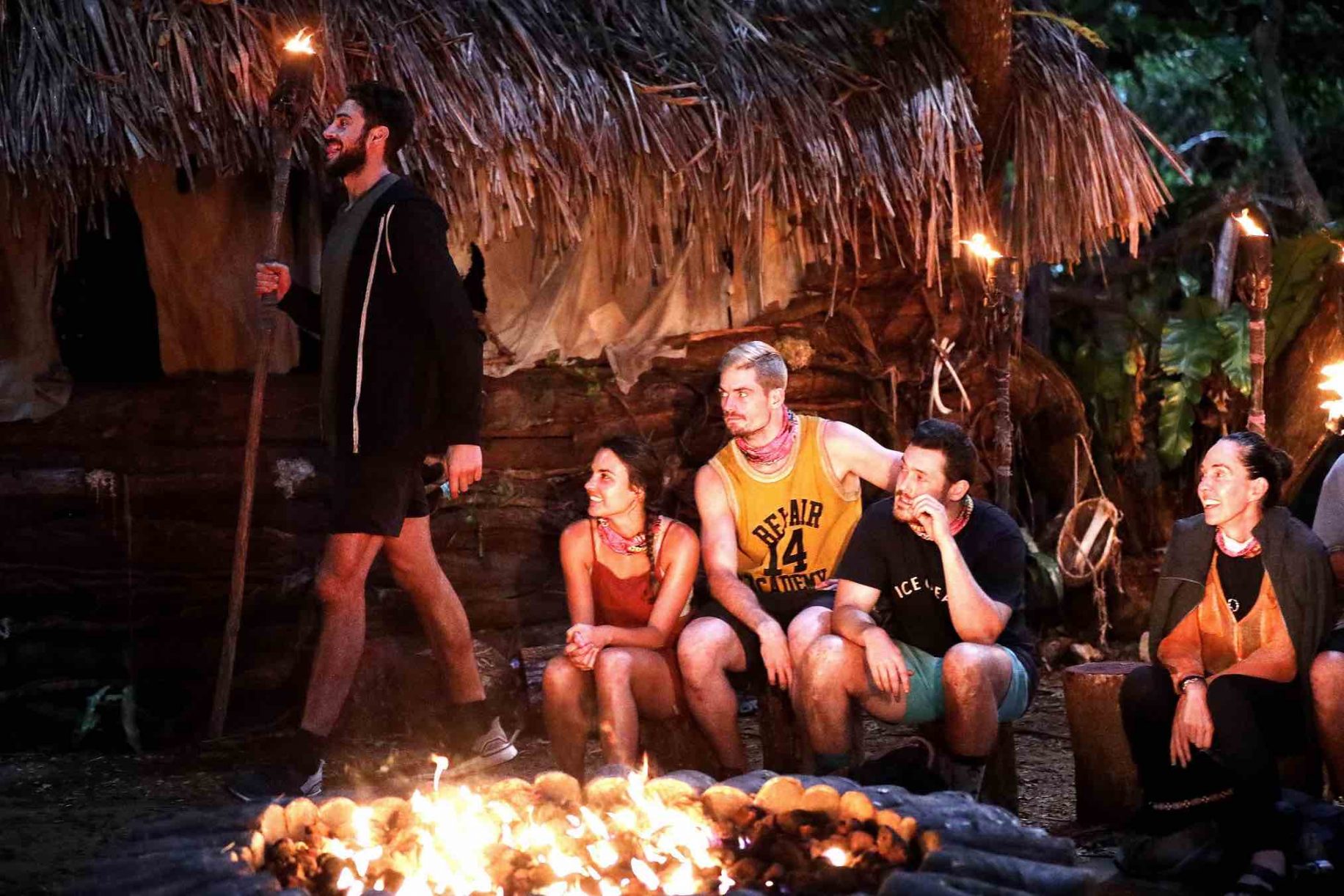 OMG Tribal! There’s a never a dull moment in Australian Survivor and Sunday’s episode nine was no exception. After a rollercoaster of twists and turns, it was revealed there would be no elimination but a tribe steal instead, where the Champions unanimously voted to take Shaun, aka “The Horse” all for themselves.

Over at the Contenders camp, Pia, Janine and Abbey set out take down David and told Shaun that David gave him a fake Idol. Shaun was completely gobsmacked and started planning his revenge on the supermodel. 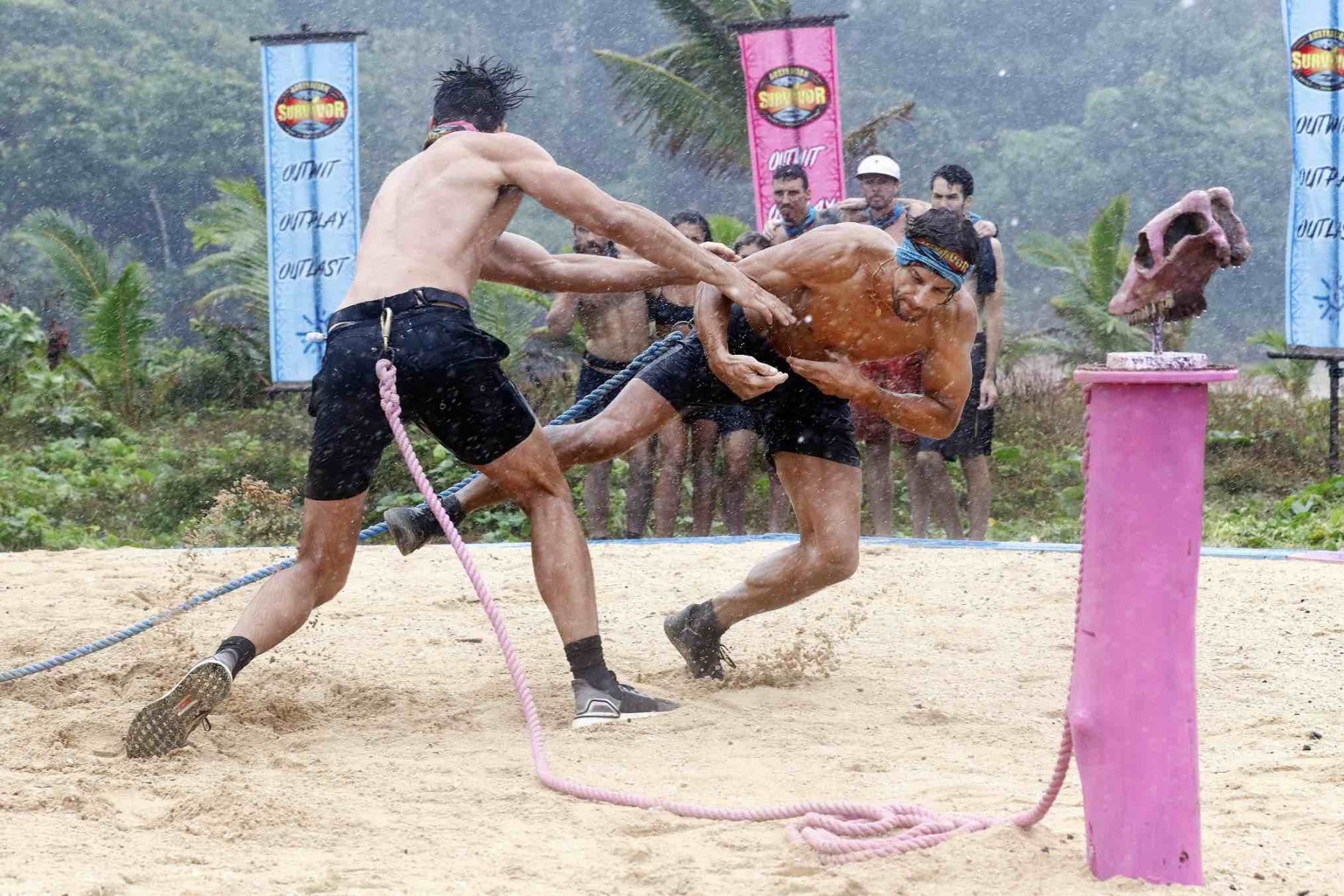 At the reward challenge, the heavens opened and the contestants were forced to compete in the wettest challenge in Australian Survivor history. Playing for a feast of ham and cheese toasties, a member from each tribe was attached to an idol by a rope and had to knock their opponents Idol off its stand.

In a battle set to take out the win, John stepped up against Harry and took his idol out within an instant, securing a much needed win for the Champions. While they were celebrating, Shaun made a beeline for Daisy, gave her a congratulatory hug and whispered to her that David swapped him a fake idol, and to get rid of him.

The immunity challenge was an obstacle course that required all their strength, balance, teamwork and puzzle skills, resulting in both tribes having to build a tower of blocks that must stand for at least three seconds un-aided to win.

After an intense battle that had hearts racing, the Champions finally won immunity. However, in a twist, Jonathan told the Champs they’d be joining them at Tribal Council as spectators. Back at the Contenders camp, Harry sent Casey out to tell the rest of the tribe he has an Idol in the hope he could split the votes.

At tribal council, Harry went completely rogue, doing whatever he could to get the tribe to vote for him so he could play his Idol and send Janine home. He admitted to lying about having a son and labelled Janine as “The Godmother”, leaving the rest of the Tribe shocked, labelling him “Dirty Harry”.