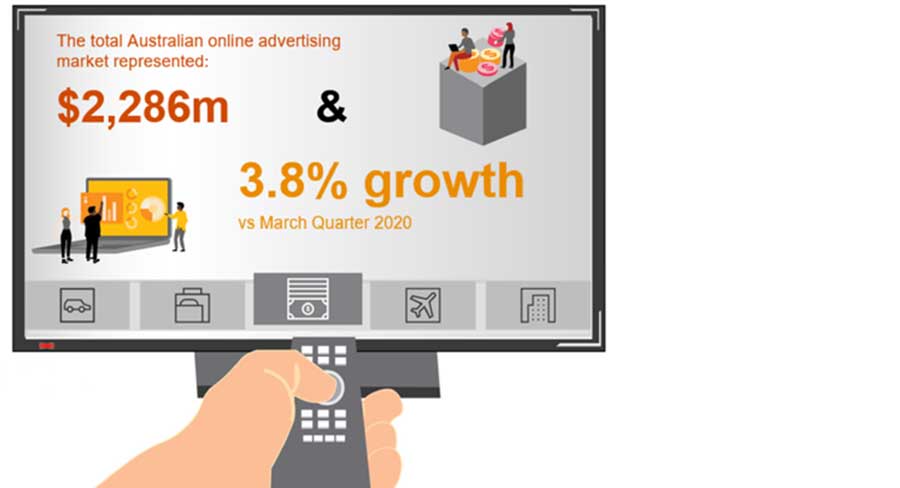 Total online advertising growth slowed in the first quarter of 2020 to deliver overall year-on-year growth of 3.8% according to the IAB Australia Online Advertising Expenditure Report (OAER). The Report compiled by PwC, found that the drop in expenditure traditionally experienced after the December holiday quarter was more pronounced this year, with the total advertising in Q1 reaching $2,286m in expenditure.

The Report, which captures data until 30th March 2020, reflects the traumatic summer season of bushfires and drought, as well as the traditional post Xmas decline, but only includes a couple of weeks of data when the country was seriously impacted by COVID-19 lockdown.

Gai Le Roy, CEO of IAB Australia commented: “While this report captures the zeitgeist of the tough start to the year we experienced Australia wide, it precedes the real impact of COVID-19.  There is no doubt that the current quarter will be tougher for all in the industry but we are seeing shoots of hope in some sectors.”

Additional findings from the IAB OAER Report from PwC

All online advertising categories showed growth year on year, but general display and search & directories declined from the preceding December quarter (12% and 4% respectively.

Classifieds grew 2% from the December quarter.

Video advertising continued to grow, increasing to 53% share of general display advertising, an 18% growth on the same quarter last year.

The percentage of inventory bought directly from advertisers increased to 19%. Some 56%, the bulk of content publisher’s video inventory, was bought programmatically in the March quarter.

For the first time, the entertainment category entered the top five industry categories, joining retail, finance, real estate and automotive, despite all recording declines against the previous quarter.

The Report also found that in Q1, content publisher’s desktop video inventory revenue share increased slightly to 36% with an increase in people working from home, up from 34% the preceding quarter, while viewing via connected TVs was 38% and 26% viewed via mobile video advertising.

IAB is working on the second wave of its ad impact research to understand the investment intentions of advertisers and agencies for the coming months. Data to date shows that approximately 50% of advertisers who had previously pulled spending are now back in market investing, though mostly at a reduced level. The number of those who have reduced or stopped their spending all together appears to have decreased, though a significant number continue to delay investment or completely withdraw.