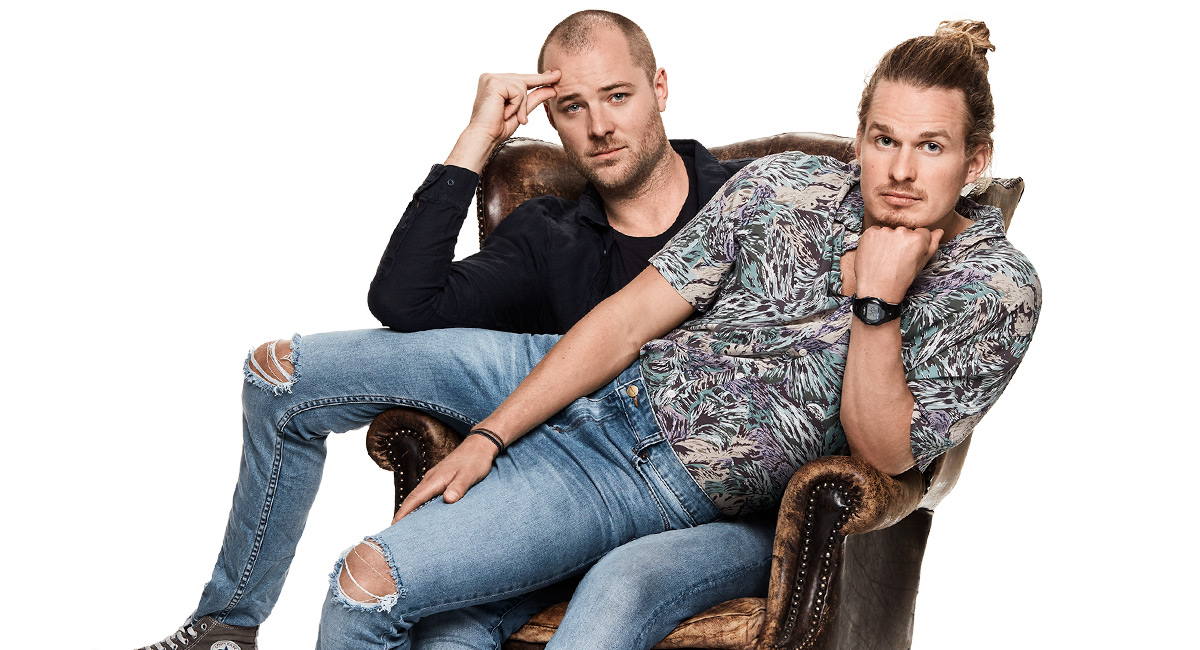 After four years of waking up at ungodly hours to host breakfast radio in Perth, Will McMahon and Woody Whitelaw moved east to host a national drive show. The duo known as Will and Woody can be heard weekdays on ARN’s KIIS Network starting at 4pm.

Asked what it was like not having to wake up to early alarms any more, Whitelaw said, “Oh, man! You have no idea.”

Having apparently recovered from the early morning starts already, the pair is gearing for another brutal exercise – the “Dancing Bender Weekend”.

Whitelaw has a self-proclaimed “god-given talent” for dancing, and will attempt to bust a move with McMahon at more than 50 parties across Sydney, Melbourne and Perth.

Will & Woody’s “bender” – which has seen them invited to listeners’ events including weddings, 21sts and even nursing home bingo – will finish up in the wee hours of Monday morning… with enough time for them to catch some ZZZs before their Monday drive slot.

McMahon and Whitelaw were previously on SCA’s Perth station Hit 92.9 in breakfast alongside Heidi Anderson. The move from a trio to a duo took some getting used to.

McMahon said: “When you go from three to two there is a whole voice missing in the conversations. Heidi was always someone that we had to think about when creating stuff. That was beneficial for us in lots of ways.

“Heids taught us a lot. She was brutal. She made us jump out of our skin a little bit and just not relax into it. She made us appreciate what we had. I will always be grateful to her for making me a better announcer.”

Prior to deciding on the move to ARN, McMahon and Whitelaw had approached SCA asking for work opportunities in Melbourne. They were keen to come back home. “They threw around a few things for us, none of which we were really pumped about,” Whitelaw said. “We just thought it was time for us to go. So we politely declined and threw our hats in the ring. ARN was the first one to say that they would take us on. We didn’t expect that to happen.

“We were sitting at SCA having farewell drinks to radio and then that happened.” [Laughs]

In October 2017, former KIIS Network drive hosts and radio veterans, David Hughes and Kate Langbroek, announced they would be moving to The Hit Network in 2018 to host drive. They replaced comedians Hamish Blake and Andy Lee.

McMahon and Whitelaw recognised themselves as the new kids on the block, up against established brands SCA’s Hughesy & Kate and Nova’s Kate, Tim & Marty.

Whitelaw said: “I would love to sit here and say that we didn’t think about it at all and it was just business as usual. But in the first week it was hard to silence the pressure completely knowing that we were hosting national drive radio. There were a lot of voices in my head saying, ‘You’re national now. There are lots of people listening. There are lots of big shows that you are up against.’ Now that we’ve had a few weeks though, we are getting back to not over-thinking it too much, having fun in the studio and doing what we know we can do.”

McMahon added: “We ourselves have been big fans of those shows too. We grew up listening to Hughesy and Kate, Hamish and Andy, and Kate, Tim and Marty. We have idolised those shows for a really long time. The fact that anyone would ever compare us to any one of those shows or individuals isn’t something we expect. If it does happen then it’s incredibly humbling.”

The biggest challenge of the new gig so far is unfamiliarity. “Whenever people hear a new radio show, it is hard to understand it straight away. It does take time to get used to a style and tone. We found that in Perth too. When we started there, it took half a year to a year for people to start becoming familiar with us,” Whitelaw said. “When you are in your car and you feel like you’re with a couple of your mates, that’s the best radio you can do.”