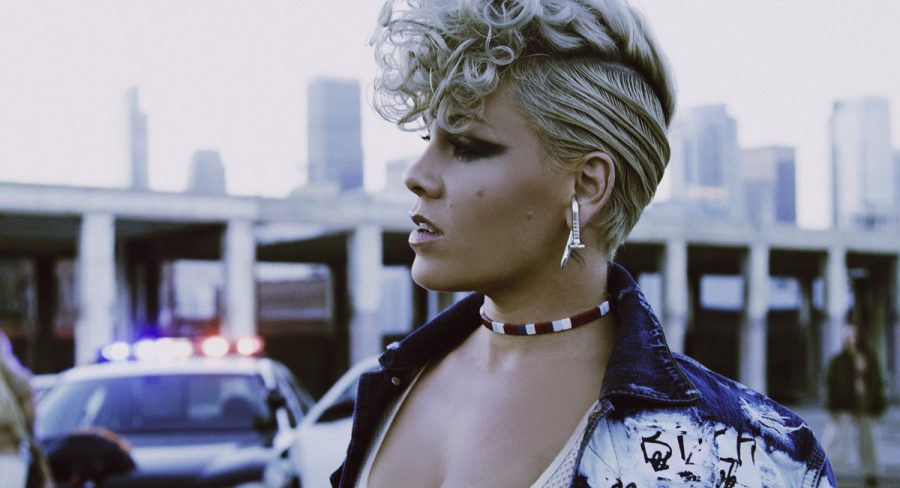 A fourth week on top for Post Malone and “Rockstar” on a week there was little notable chart movement. There is just one new song in the top 10, which is actually a former #1 moving back up, and just two new releases managed to make it into the top 50 on debut.

P!nk also had the chart’s highest new entry with “Revenge” featuring Eminem in at #21.

The other new arrival was from Peking Duk – “Let You Down” featuring Icona Pop in at #45.

No surprise that P!nk’s “Beautiful Trauma” has grabbed top spot in its first week of release giving P!nk her fifth #1 album in Australia. The only question now is how long it will hang out in the top 10 and on the chart overall. You could be pretty sure it will still be a player when she tours here in 2018. Meantime she has also landed another album in the top 10 with “Greatest Hits…So Far!” climbing up from #13 to #9 after 215 weeks on the chart.

The other new release to debut top 10 is the album from Courtney Barnett and Kurt Vile – “Lotta Sea Lice” – which is new at #5. Barnett’s only previous album, “Sometimes I Sit and Think, and Sometimes I Just Sit” peaked at #4 in 2015. The singers, from Melbourne and Philadelphia, are currently touring together in the US.

Two Aussie rock veterans both nearly crashed into the top 10 this week:

With help no doubt from Seven’s Michael Hutchence: The Last Rockstar doco, the INXS compilation “The Very Best Of INXS” jumped from #33 to #12 after an astonishing 269 weeks on the chart.

Five other albums made the top 50 on debut: