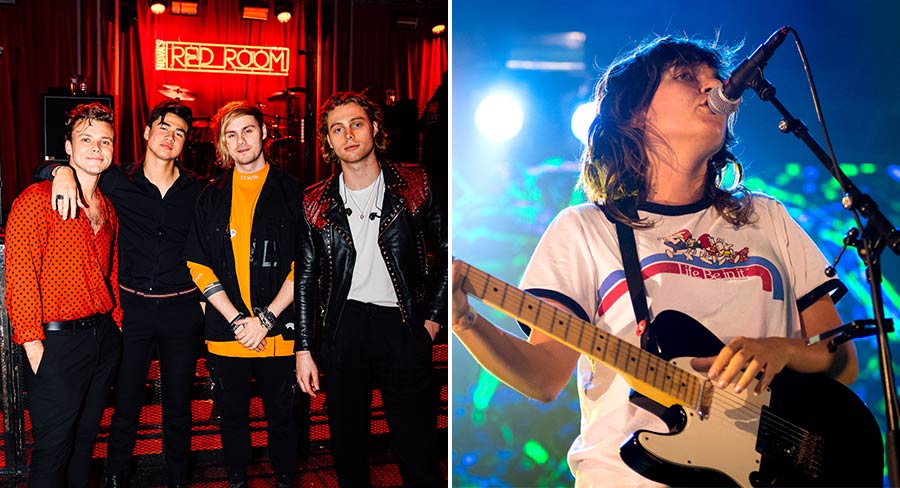 So close! Courtney Barnett just misses top spot with “Tell Me How…”

Mediaweek editor James Manning takes a look at the ARIA Charts for the week starting May 21.

• Singles: “Youngblood” takes 5SOS to the top as they outperform superstars
• Albums: So close! Courtney Barnett just misses top spot with “Tell Me How…”

After a chart year so far dominated by international superstars, how refreshing is it to get an Aussie act at the top? After six weeks on the chart, and buoyed by a visit home, 5 Seconds Of Summer have worked their way to the top with “Youngblood”, up from #3 last week. The song is the first Aussie hit to top the singles chart in close to two years (with The Veronicas’ “In My Blood” in July 2016). It is also the second 5SOS #1 single here after “She Looks So Perfect” in March 2014. It’s a remarkable achievement this week from 5SOS when you look at the other talent and chart-pulling power of the artists who could have been #1 this week – Post Malone, Childish Gambino, Calvin Harris, Drake (again), Ariana Grande, the deserving Amy Shark or Khalid.

Just three artists debuted inside the top 50 this week:

#36: BTS with “Fake Love”. The K-pop superstars also made a splash on the album chart this week.
#39: Clean Bandit with “Solo” featuring Nicki Minaj
#50: Backstreet Boys with “Don’t Go Breaking My Heart”

First of all, congratulations to Post Malone for pushing “Beerbongs & Bentleys” back to #1 for the second time in four weeks. But really, at what cost?

That chart resurgence has cost Courtney Barnett a chart-topping debut with her second album “Tell Me How You Really Feel”. However, landing at #2 already ranks it a stronger performer than “Sometimes I Sit And Think, And Sometimes I Just Sit”, which peaked at #4 in 2015. Her well-reviewed new album is a joy to listen to and hopefully it will linger on the chart for some time.

There were six new arrivals in the top 50 this week, four of them hitting the top 10. The other five are:

#4 Five Finger Death Punch with “And Justice For None” – another unrelenting metal band from Las Vegas.
#6 BTS with “Love Yourself: Tear” – a solid debut for the massive K-pop masters.
#9 Deadpool 2 soundtrack, which joins plenty of movie music still hanging around the chart including Moana at 75 weeks.
#14 James Bay with “Electric Light”. Mixed opinions have greeted the release of Bay’s second album.
#45 West Thebarton with “Different Things Being Different” – the debut album from Adelaide hard rockers.