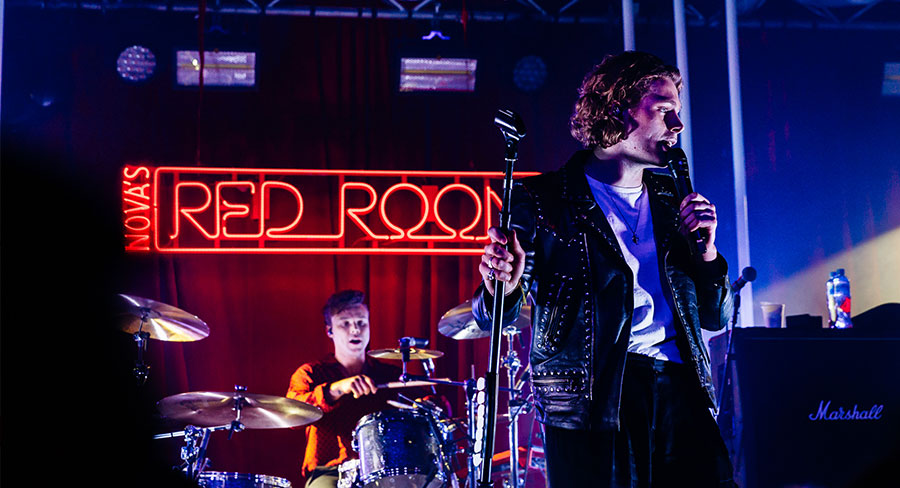 Nova Entertainment took over the Sydney Metro Theatre for its Red Room event with 5 Seconds of Summer.

Members of 5SOS – Luke Hemmings, Calum Hood, Ashton Irwin and Michael Clifford – performed five songs including their upcoming single “Valentine”, which was leaked earlier this year. The set list for the night was: “Girls Talk Boys”, “Valentine”, “Youngblood”, “Jet Black Heart” and “Want You Back”.

“I don’t suppose anyone listened to the leaked version? No? No,” Hemmings joked. Smallzy with 5 Seconds Of Summer