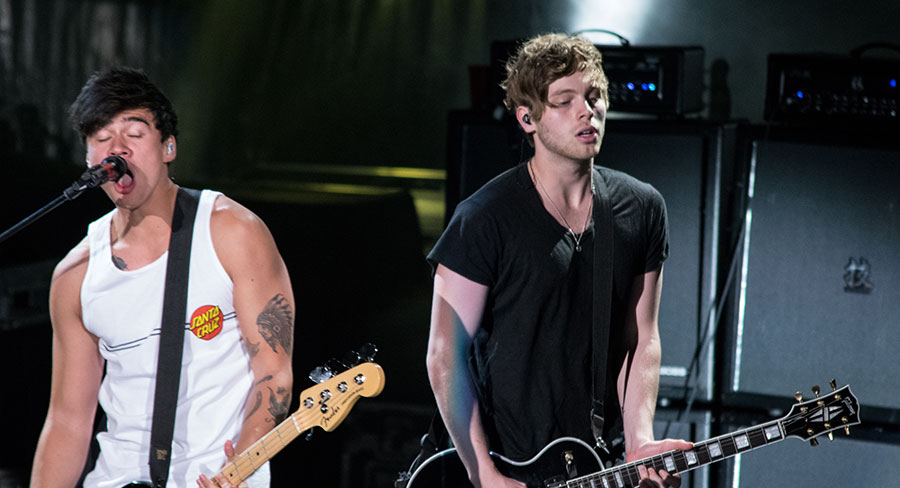 Youngblood is tipped to debut on top of the Billboard album chart in US too.

There is no stopping 5 Seconds Of Summer on the ARIA charts. They have achieved the very rare double of a #1 single and a #1 album at the same time. Their single Youngblood, the title track from the new album, is spending its fifth week on the top of the chart. It is a massive achievement and is it just possible this chart topping could not be over yet?

The only new arrival in the top 10 this week was XXXTentacion following his death last week. Sad! It gets its highest chart spot since release – #8 – after 16 weeks on the chart. Meanwhile Changes has re-entered the chart at #34.

Four artists managed to debut inside the top 50 this week:

5 Seconds Of Summer have landed their third successive #1 at home with Youngblood straight into the chart at the top. It’s a feat they could perhaps replicate in the US later this week with some people predicting Youngblood could be #1 debut on the Billboard album chart.

Youngblood is the Sydney band’s first album since their chart-topper Sounds Good Feels Good was released in 2015.

Youngblood is the sixth Australian #1 on the ARIA Albums Chart in 2018 after Sheppard’s Watching The Sky, Parkway Drive’s Reverence, Geoffrey Gurrumul Yunupingu’s Djarimirri (Child Of The Rainbow), Kylie Minogue’s Golden and Vance Joy’s Nation Of Two.

Other newcomers on the album chart this week to crack the top 50:

#6: The Carters with Everything Is Love. Beyoncé and Jay-Z release their first album as The Carters.
#9: Christina Aguilera with Liberation. Her eighth studio album is her first in six years.
#11: Jess & Matt with Songs From The Village
#12: Mike Shinoda with Post Traumatic
#24: Rolling Blackouts Coastal Fever with Hope Downs
#36: Cosmo’s Midnight with What Comes Next
#37: Jay Rock with Redemption
#45: Buddy Guy with The Blues Is Alive And Well