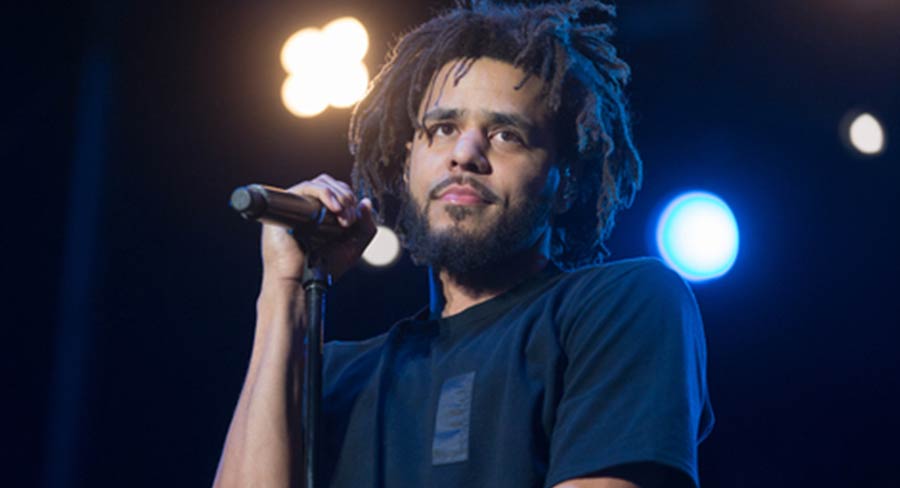 • Triple j is the disruptor in the top 10 this week.

Ariana Grande and her single 7 Rings are sitting at #1 for a second week.

Triple j is the disruptor in the top 10 this week.

The tune that topped the Hottest 100 last weekend – Confidence from Ocean Alley – has jumped all the way from #93 a week ago to #9 this week after just two weeks on the chart. The Sydney band had four songs voted into the 100 with Knees (#10), their cover of Player’s Baby Come Back (#16) and Happy Sad (#100).

The only other notable movement near the top of the chart can also be traced back to the ABC music station. After hovering on the chart for 26 weeks, the tune triple j listeners voted #3 – Sicko Mode from Travis Scott and Drake, has shot into the top 10 at #6 after sitting at #12 a week ago. The song has now been charting for six months.

The highest new entry this week is Middle Child from J. Cole. It is the first new entry on the chart since the US rapper, singer, songwriter and record producer shook up the charts last April with a #1 album (KOD) and five tracks from the album in the singles chart in that same month.

There were two other chart debuts inside the top 50:

#35 Fisher with Losing It. The surfer-turned-DJ was #2 on Hottest 100.
#47 Lauv & Troye Sivan with I’m So Tired. Dubbed a “coffee break anthem”, this is Lauv’s first release since There’s No Way in 2018 with his now ex-girlfriend Julia Michaels.

With Bohemian Rhapsody giving up top spot this week it means it is the first time since October 22, 2018 that a soundtrack has not been #1. The last artist to occupy top spot before A Star Is Born and then the Queen biopic started their chart domination was Paul Kelly with his album Nature.

We certainly haven’t seen the soundtracks heading for the exit though – A Star Is Born remains at #2 this week after 17 weeks on the chart while Bohemian Rhapsody sits at #3 after 15 weeks on the chart. (Queen can still boast three albums in the top 10 too.)

The Greatest Showman soundtrack is still fixed inside the top 10 at #6 after a lazy 60 weeks on the chart.

The new chart topper is Bring Me The Horizon with AMO, which is the British rock band’s fourth consecutive #1 album.

A second new entry in the top 10 this week is Backstreet Boys with their new album DNA, which returns them to near the top of the chart for the first since 2005 when Never Gone peaked at #6. The album is set to give the band their first US #1 in 18 years.

Ocean Alley has also got a boost on the album chart from the Hottest 100 with their second album Chiaroscuro re-entering at a new peak of #11 for its 20th week on the chart after a previous best of #15.

Keith Urban’s Australian tour has helped his Graffiti U album return to the top 10 at #8 after it peaked at #2 upon release.

Five other albums made debuts inside the top 50:

#23 Bethel Music with Victory
#27 Mirusia with A Salute To The Seekers. Album from the Australian-Dutch soprano who has worked with André Rieu.
#41 Rudimental with Toast To Our Differences
#43 Julia Michaels with Inner Monologue Part 1
#49 Weezer with Weezer (Teal album). The band’s 12th album and fifth self-titled release.