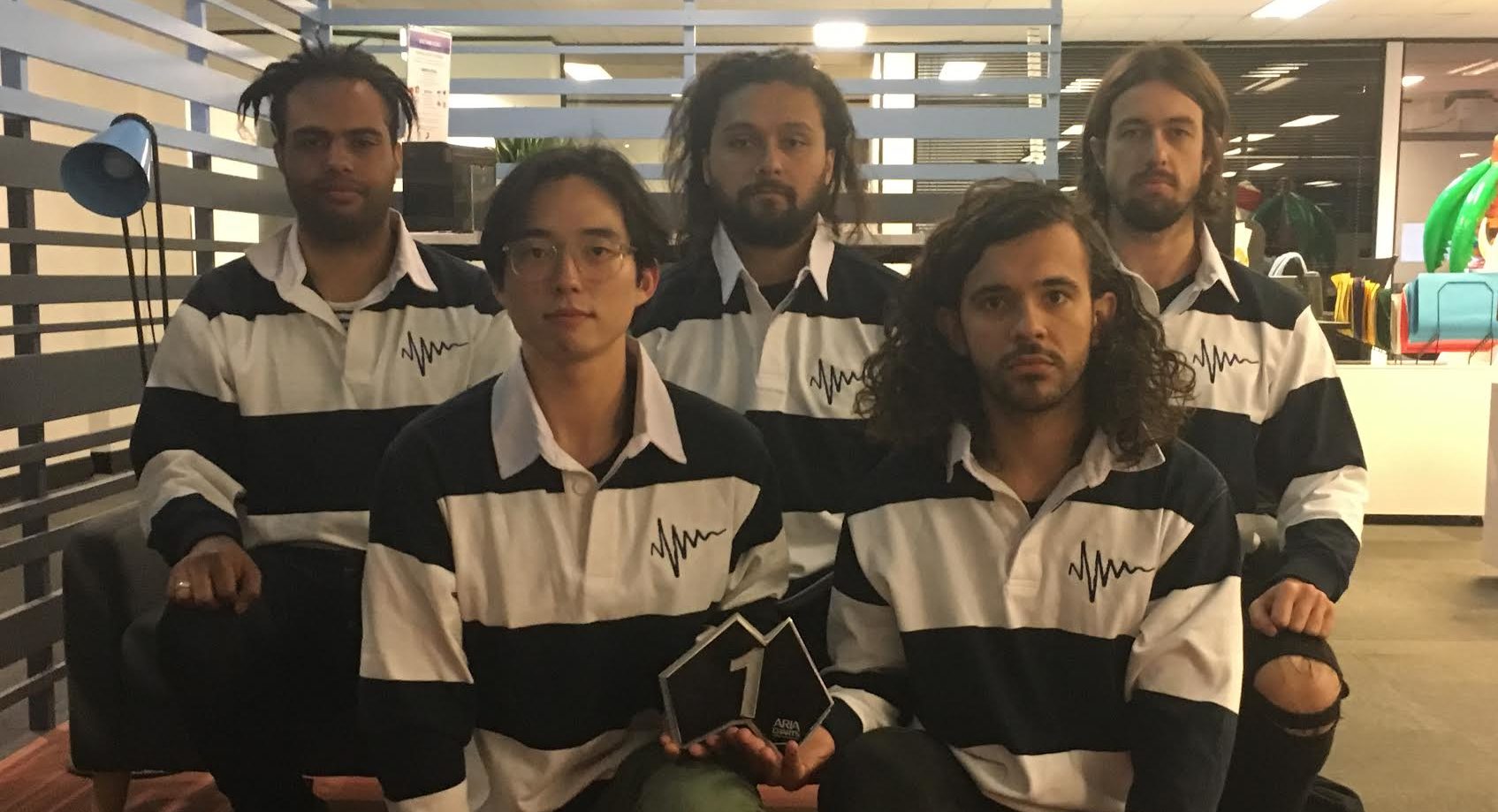 P!nk‘s ninth #1 single “What About Us” has managed to hold at #1 for a second week despite a dash for the top from a youngish chart champ.

Justin Bieber just missed top spot with “Friends” from Bieber and BloodPop, which debuted at #2.

The only other change in the top 10 was Dua Lipa climbing from #15 to #10 in her sixth week on the chart.

The sole other chart debut in the top 50 was “Younger Now” from Miley Cyrus, which opened its chart activity modestly at #49.

New to the 50 from lower down the chart was Khalid with “Young Dumb & Broke” which lifted from #55 to #44 in its third week.

The second album from Sydney’s Gang Of Youths (pictured celebrating their #1), “Go Farther In Lightness”, has managed to topple Paul Kelly from #1 after just a week on top and made Ed Sheeran‘s “Divide” occupy its equal lowest chart position since it was released 25 weeks ago – #3.

Prior chart activity from Gang Of Youth was their debut album “The Positions” at #5 in 2015 and then an EP “Let Me Be Clear” at #2 in 2016. Their new album is the seventh Australian #1 album so far this year.

The third studio album from King Gizzard & The Lizard Wizard, “Sketches Of Brunswick East”, has landed at #4 and is their third album in what is an ambitious line of releases they have promised fans this year. There are still two more albums due before Christmas.

Sydney metal outfit Thy Art Is Murder are new at #5 with “Dear Desolation”, their fourth album and their second top 10 after “Holy War” peaked at #5 in July 2015.

New Jersey band Brand New are, er, brand new at #6 with their fifth album “Science Fiction” which is their first time in the top 10. It’s been eight years since their previous release, “Daisy”, made the ARIA chart with a peak at #40.

The final new entry in the top 10 is “The Peace And The Panic” from Welsh pop-rockers Neck Deep who make the top 50 for only the second time after their second album “Life’s Not Out To Get You” peaked at #28 two years ago.