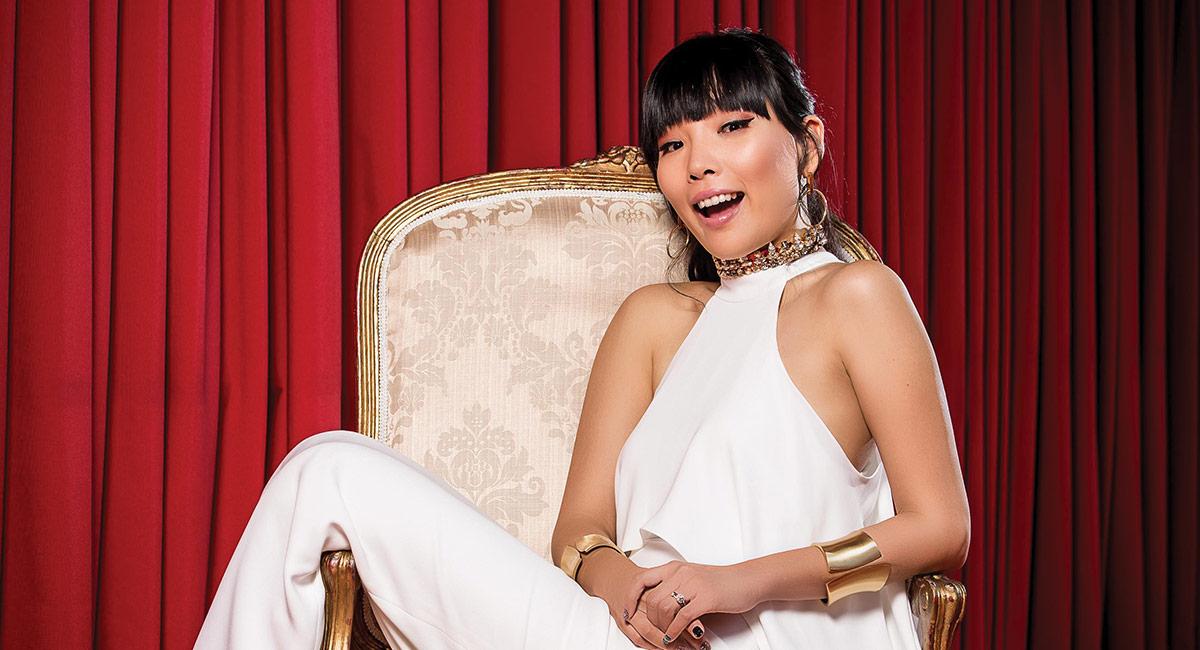 Dami Im had the highest new album debut on the ARIA charts at #3.

• Singles: After 14 weeks, just two artists have made it to #1 in 2018
• Albums: Ed Sheeran & Greatest Showman soundtrack continue to dominate

Tracking change on the singles chart has been relatively easy this year, although not particularly fulfilling for those looking for new music.

After 14 ARIA charts so far this year, just two artists have made it to #1 – Ed Sheeran and Drake.

Ed Sheeran we get, but just quite why Drake has a lock on top spot for the past nine weeks is not quite so easy to understand.

One of the two new chart arrivals this week debuted in the top 10 while a big mover near the top was Lil Dicky f. Chris Brown with “Freaky Friday”, which was up from #18 to #5 in just its second week on the chart.

This week two singles made it into what is becoming something of a very exclusive club – the top 50 – although both debuts were from the same artist!

#9 “In My Blood” from Shawn Mendes – both Mendes tracks are from his forthcoming third album.

#27 “Lost In Japan” from Shawn Mendes

Another few tunes managed to slide into the top 50 from lower down the chart:

Just two albums have topped the chart for 13 of the 14 weeks so far this year – Ed Sheeran’s “Divide” and the soundtrack album for the movie The Greatest Showman. And those two albums are still #1 and #2 respectively this week as we move into the fourth month of 2018.

Ed Sheeran’s “Divide” has topped the chart for 26 weeks moving it to fourth spot in the all-time chart topping rankings behind only Dire Straits (34 weeks for “Brothers In Arms”), Adele (32 weeks for “21”) and Delta Goodrem (29 weeks for “Innocent Eyes”).

The sole other #1 album this year was from Vance Joy with “Nation Of Two”.

Four new albums made it into the top 50 on debut this week: