It is very fitting that Tones and I continues its stunning chart performance in ARIA Week making its 17 weeks at #1. The single Dance Monkey has now ranked #1 in 19 countries. Tones and I performed on NBC’s Tonight Show last week and this week performs at the ARIA Awards and a Nova Red Room. 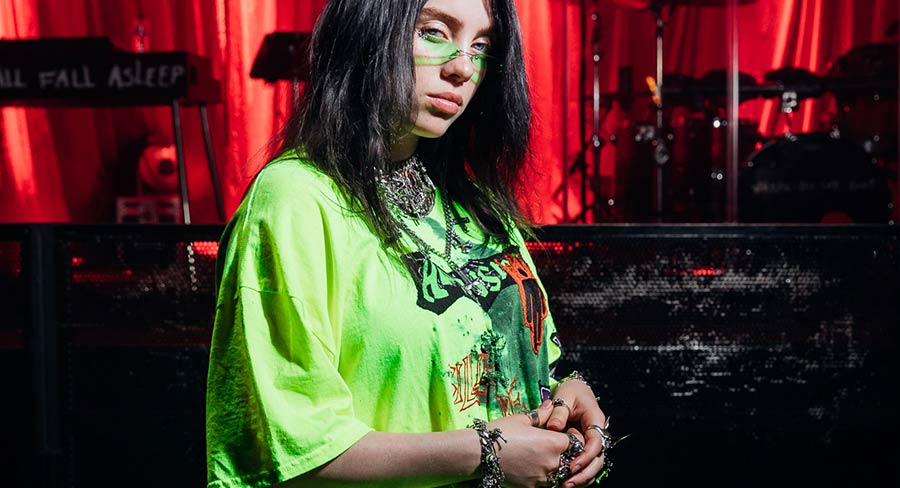 Billie Eilish could have ended the reign of Dance Monkey at the top, but Eilish’s Everything I Wanted had to settle with a chart debut at #2.

Three other songs made it into the top 50 on debut this week:

#38 Harry Styles with Watermelon on Sugar. A track from his forthcoming album Fine Line.
#39 Onefour with In The Beginning. First time in the ARIA chart for the western Sydney rap crew.
#42 Lauv with Mean It featuring LANY.

Songs From The South: Paul Kelly’s Greatest Hits 1985-2019 gives Kelly his third #1 album. His career has delivered 17 albums that have made the top 50, eight of them rising to the top 10. In that time Kelly has had 58 ARIA nominations, won 14 times and been inducted into the ARIA Hall of Fame. Kelly is nominated for three ARIAs this week.

Celine Dion just missed a #1 debut with her first English language album in six years landing at #2. A Current Affair featured a special episode with Tracy Grimshaw interviewing Dion in Quebec on the eve of the alum’s release. Dion has had nine previous entries into the top 10, the last time with the 2018 compilation The Best So Far…2018 Tour Edition which peaked at #4.

The third of three top 10 debuts this week belongs to US country trio Lady Antebellum with Ocean which lands at #7. Five of their six previous albums have all made the top 10 in Australia.

#18 Tory Lanez with Chixtape 5. Second chart appearance for the Canadian rapper and singer after his 2016 release I Told You peaked at #37.
#24 Frozen 2 soundtrack. The soundtrack for the original movie peaked at #1 and is five times platinum in Australia.
#38 Winston Surfshirt with Apple Crumble. The second album from the Sydney funk and hip hop act who peaked at #24 with their first album Sponge Cake.