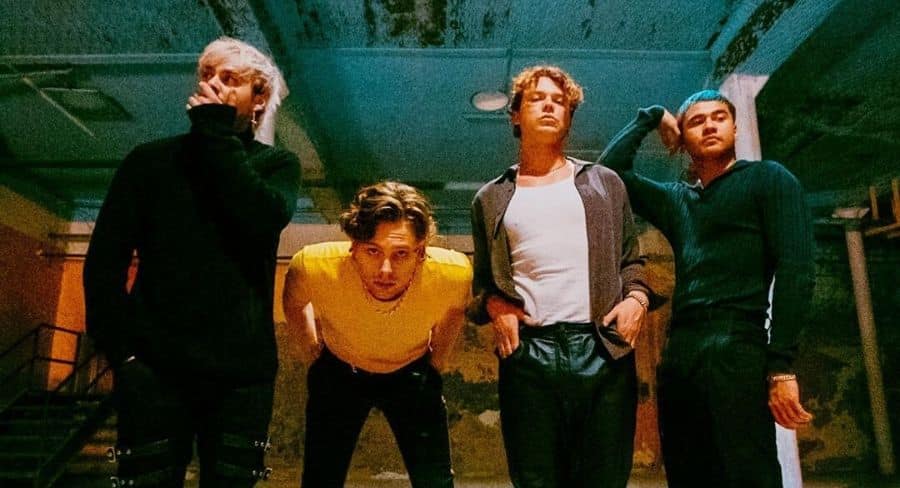 Not saying it was the most surprising prediction ever, but last week our ARIA Singles Chart headline said:

• Singles: Could Saint Jhn or Powfu go where no others can?

So we were hedging our bets with a new #1 prediction split across two acts moving higher. Pleased to say one of them got up with Saint Jhn becoming just the second #1 – with Roses – since Tones and I and then The Weeknd topped the chart since August 2019. Roses is a remix of a track that first appeared way back in 2016.

Our other pick was Powfu with Death Bed which, although not topping the chart, it did climb one spot higher to #6.

The most prolific act on the chart – and now with three tunes in the top 10 – is Dua Lipa on the week her new album was released. (See below for more on that.) New to the top 10 is her Break My Heart at #7 while Don’t Start Now is up from #4 to #3 after weeks on the chart and a previous high of #2, and Physical jumps from #19 to #9, a new peak after nine weeks on the chart.

Four other songs debuted inside the top 50:

#23 Megan Three Stallion with Savage. A track from the US rapper’s third EP.
#28 PartyNextDoor & Rihanna with Believe It. A track featured the new album from the Canadian rapper, songwriter and producer.
#39 5 Seconds of Summer with Old Me
#46 Doja Cat with Boss Bitch

New material continues to refresh the top of the chart with four new entries arriving in the top five:

5 Seconds of Summer have the new #1 with Calm keeping the new Weeknd album After Hours to just one week at #1 – for the time being at least. The Sydney band keep their ARIA record intact with all four of their albums debuting at #1 – the only other act to achieve that was silverchair. The landmark music result saw ARIA CEO Dan Rosen comment: “Congratulations to Ashton, Calum, Luke, Michael and the whole 5 Seconds Of Summer team for this incredible achievement. Getting a Number One album is difficult at any time, but topping the ARIA Charts in such an uncertain period shows how much their music means to their fans around Australia. Their success internationally also proves that in these times of isolation, Australian music still carries hope and optimism around the world.”

The other top 50 debuts this week:

#2 Dua Lipa with Future Nostalgia. The second album from the UK singer/songwriter sees it outperform her first self-titled release which peaked at #8 in 2018.
#3 Pearl Jam with Gigaton. It’s somehow comforting to have the Seattle rockers back at the top of the chart where all of their studio albums have found a home. This is their first album release since Lightning Boltin 2013.
#5 The Chats with High Risk Behaviour. Sunshine Coast garage punk into the top five with the band’s first album after two previous EPs.
#9 Joyner Lucas with ADHD. First album from the US hip-hop artist.
#22 PartyNextDoor with PartyMobile. Third album from the multi-talented Canadian performer.
#44 The Wiggles m with Fun and Games. The first album in close to two years from Aussie superstars is their 11th time on the ARIA album chart.