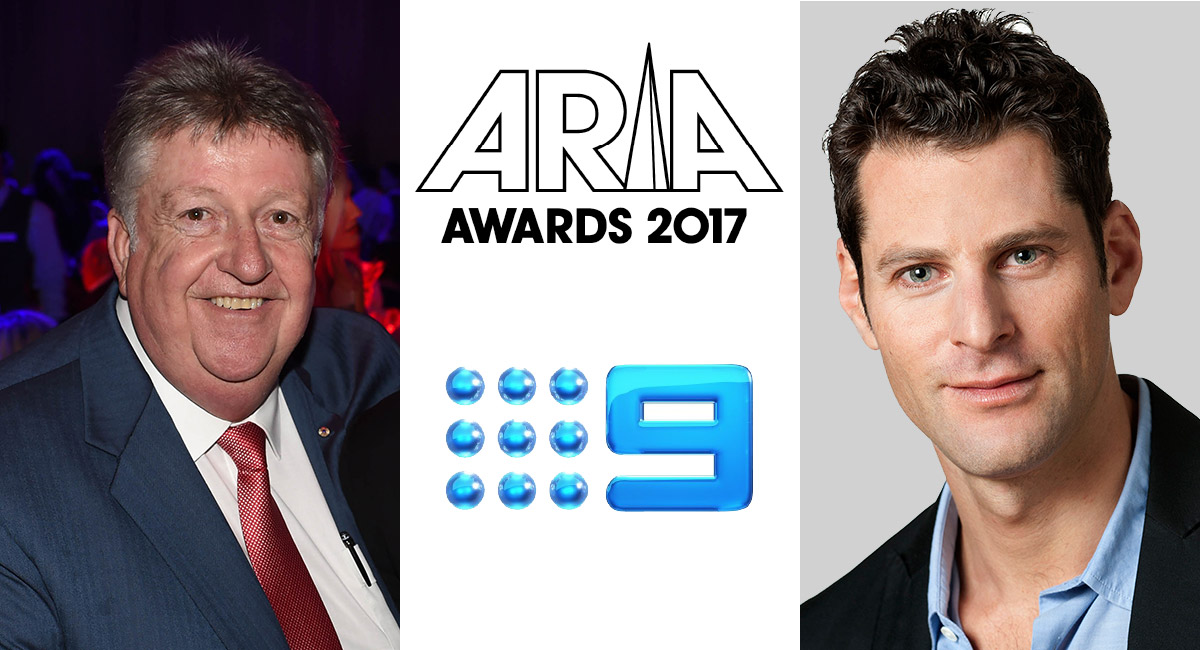 The Awards are again promising live performances and collaborations

The 31st Annual ARIA Awards will return to Nine this year, screening on November 28 on Channel Nine. The Awards will be handed out a fortnight later this year, with the event falling into the final week of TV survey for the year.

The ARIA Awards are this year again promising live performances and collaborations, as well as a very special Hall of Fame induction, celebrating successes of Australian artists at home and abroad.

“We are delighted to be broadcasting the 31st Annual ARIA Awards on Nine, celebrating the pinnacle of Australian music. This is a fantastic addition to our commitment in bringing premium live events and entertainment to viewers across Australia,” said Nine’s head of content production and development, Adrian Swift.

Denis Handlin (pictured L), ARIA chairman and chairman and CEO of Sony Music Entertainment Australia and New Zealand and president, Asia, said: “We are delighted to bring the ARIAs back home to the Nine Network, which has hosted so many of the ARIA Awards’ most memorable moments. The Nine Network has a long association with the ARIA Awards, having hosted the event’s inaugural broadcast in 1992. We look forward to working with Nine’s CEO Hugh Marks and his team to produce a world-class event that celebrates our incredible artists and their amazing achievements this year.”

ARIA chief executive Dan Rosen (pictured R) said: “ARIA is excited to partner with the Nine Network. Together we will create great event TV, with the ARIA stage set to showcase our Australian artists who are topping the charts here and around the world. The 2017 ARIAs will play host to the biggest names in Australian music and celebrate with magic moments and standout performances.”

ARIA has noted the 2016 ARIA Awards was a TV ratings success – delivering an annual increase of audience ratings of 31%, the biggest audience since 2010, and winning its timeslot in total people, and all demos including both 25 – 54s and under 55s. #ARIAs was also the #1 social media event on TV for the evening, trending at #1 nationally and in every capital city in Australia, and #3 around the world on Twitter.