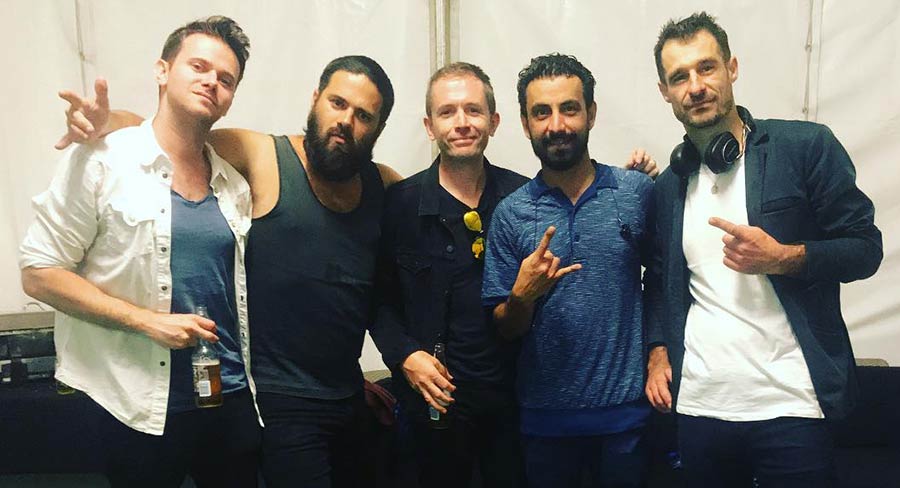 Ariana Grande and her hit single 7 Rings remain at #1 for a fifth week which means that as summer ends only two songs have topped the chart so far in 2019 – Sunflower from Post Malone & Swae Lee and then 7 Rings. Sunflower continues to hover near the top of the chart – after 18 weeks it is still at #3. Ariana again holds the top two spots with Break Up With Your Girlfriend, I’m Bored holding again at #2.

Khalid was the only new arrival in the top 10 this week with Talk lifting from #24 to #9 in its second week on the chart.

Three new tunes made it into the top 50 on debut:

#22 Please Me from Cardi B and Bruno Mars is their second pairing after Finesse 12 months ago.
#30 11 Minutes from Yungblud and Halsey featuring Travis Barker. Halsey has called herself a “cougar” for reaching out to the young UK artist three years her junior.
#39 365 from Zedd and Katy Perry is a collaboration from the US singer and European producer. Neither have had an album since 2017 and Zedd supported Perry on her 2018 Australian dates.

With a second week at #1 with Thank U, Next, Ariana Grande becomes the first artist not appearing on a soundtrack to hold down consecutive weeks on top since Eminem with Kamikaze was #1 for four consecutive weeks last September.

New music started to flow more liberally on the chart this week with seven new artists debuting inside the top 50, three of them hitting the top 10 in their first week:

#4 The Cat Empire with Stolen Diamonds. Seventh album from the Melbourne-based party band was recorded in their home town. As we publish this the band is making a longish trip from a Perth gig to Brooklyn where they start their North America East Coast dates on Thursday.
#7 Florida Georgia Line with Can’t Say It Ain’t Country. The fourth album from the country duo raced to #1 on the US country chart after an appearance on The Ellen DeGeneres Show last week.
#9 Avril Lavigne with Head Above Water. The comeback sixth studio album has met with mixed reviews at best, but it still managed a top 10 debut here.
#11 Methyl Ethel with Triage. The Perth rockers signed to 4AD are also embarking on a marathon global trek to support their third album. They have a Launceston gig on March 10 then do dates in London and Los Angeles in the following nine days.
#32 Millencolin with SOS. The ninth album from the Swedish rockers who first strummed a guitar in anger back in 1992. They start an Australian tour in Fremantle next Saturday.
#34 Drake with So Far Gone. The album release of a mixtape Drake initially distributed for free in 2009. Drake’s previous two studio albums made it to #1 on the ARIA album chart while the previous three mixtape releases were all top five.
#45 Dear Seattle with Don’t Let Go. The debut album from the Sydney rock band, but fans must wait until mid-May for the start of their national tour.