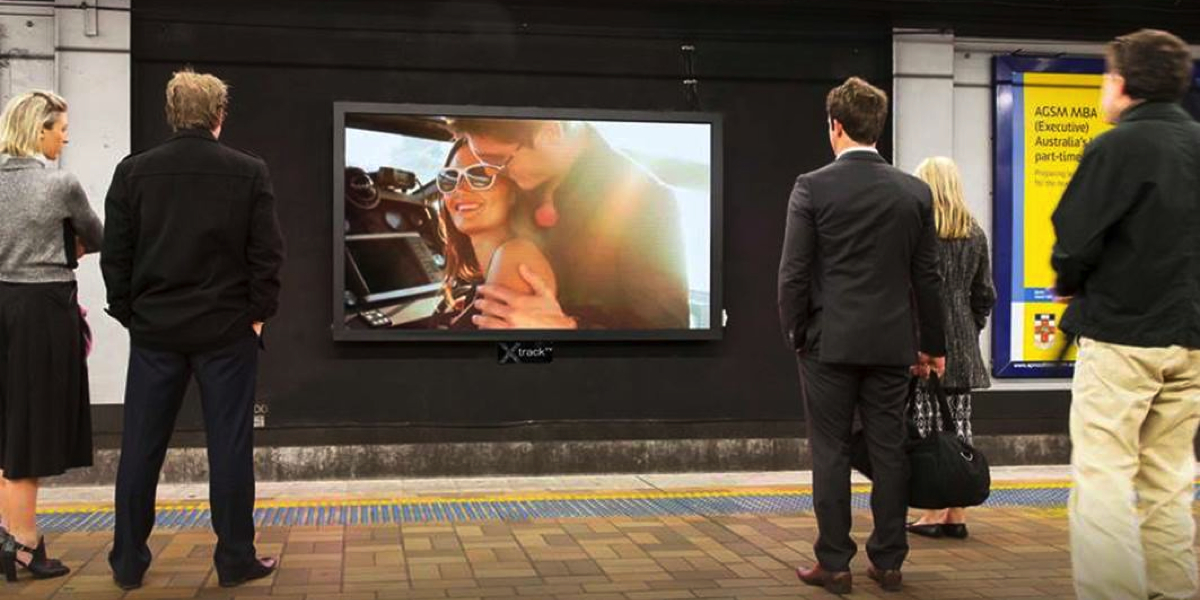 APN Outdoor has announced the final market in its Eastern Seaboard XtrackTV offering will be available for sale in the coming weeks with the Brisbane network to go live in June, this year.

As announced by XTD earlier in April, APN Outdoor will be expanding its premium, digital rail network, XtrackTV, into the Brisbane market following the successful launch in Sydney and Melbourne last year. XtrackTV utilises the latest in LED technology, featuring full motion video and audio capabilities and is currently the only large format, cross-platform digital screen network in Australia.

XtrackTV had been embraced by a variety of high-profile advertisers to date, with the network hosting all types of campaigns from soft drinks to recruitment services. Key advertisers to date across Sydney and Melbourne have been ANZ Bank, IKEA, Sunsuper, Telstra, Play Melbourne and Bupa to name a few, and the anticipation in the Brisbane market is already being felt.

Richard Herring, CEO, APN Outdoor, commented: “The expansion of XtrackTV into the Brisbane market adds further weight and gravitas to our digital leadership position, and we look forward to launching our industry-first XtrackTV format in Brisbane. Advertisers and their agents have expressed much enthusiasm toward the medium and we look forward to sharing this extension with the market.”

The Brisbane XtrackTV launch will also prompt APN Outdoor to fast-track its platform dwell time study to be released later this year. In 2014 APN Outdoor delivered the leadership research piece, The Attention Economy, which showed that 74% agree that digital outdoor is better at attracting attention than regular billboards. The dwell time study will include station and platform specific data and be authenticated by an independent body and is yet another investment by APN Outdoor into consumer insights, validating the engagement of the commuter audience.

The initial rollout will see installs across Brisbane’s key commuter stations with screens at Fortitude Valley, Toowong, Southbank and South Brisbane, with the network expected to be fully operational in the second half of 2015.