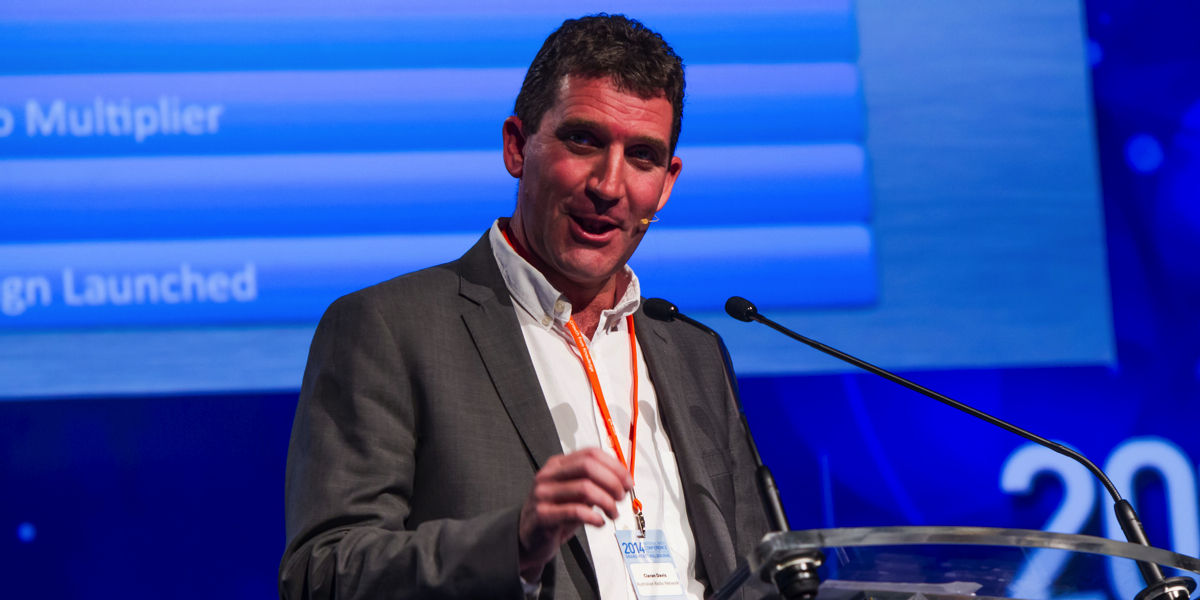 Day one on the job for new chief executive Ciaran Davis (pictured) and he has reported on the company’s six months results.

The highlights:
•  Revenue from continuing operations up five per cent to $427.6m
•  Net profit after tax before exceptional items up three per cent to $25.1m
•  EBITDA from continuing operations and before exceptional items up one per cent to $71.2m
•  ARN remains the number one radio group in Australia by audience
•  Adshel accelerates digitisation, driving revenue growth
•  Strategically, operationally and commercially, NZME is on track to achieve integration goals
•  Digital publishing audiences continue to grow
•  $25m of annualised cost savings to be implemented by the end of the year

The results are for the six months ending 30 June 2015. Revenue from continuing operations was up five per cent on the corresponding 2014 period to $427.6m. Net profit after tax (NPAT) before exceptional items was up three per cent to $25.1m, and earnings before interest, tax, depreciation and amortisation (EBITDA) from continuing operations and before exceptional items was up one per cent to $71.2m.

APN Chairman Peter Cosgrove said: “APN has delivered a solid result in a competitive market with revenue and earnings growth in the first half. The Board is confident in the ability of APN’s management team to continue delivering results for advertisers and shareholders through growth and efficiency‐enhancing initiatives planned for the rest of 2015.”

APN today announced a number of operational initiatives:
•  Australian Regional Media (ARM) will be launching the first of a series of planned regional digital subscription packages in Australia at The Chronicle in Toowoomba on 25 August. Following agreements with News Corp Australia, The Washington Post and Presto, the subscription package will give readers unlimited access to the latest local, national and international news and entertainment, as well as a broad range of rewards and benefits
•  NZME will be launching digital registrations for The New Zealand Herald before the end of the year
•  NZME is collaborating with Fairfax Media in New Zealand on a newspaper distribution partnership in the North Island which is expected to deliver revenue benefits for NZME
•  ARM has commenced a distribution partnership with News Corp Australia across its northern New South Wales titles with potential expansion across its regional Queensland newspapers in H2
•  Adshel will be officially launching sales automation for advertisers across its Sydney Trains network digital screens
•  Adshel’s beacons are to be rolled out across 1,000 New Zealand sites, and the Company intends to expand its network of digital screens in Auckland and across other cities throughout 2016
•  $25m of cost savings being implemented with benefits being realised over 2015 and 2016

APN chief executive Ciaran Davis said: “These initiatives demonstrate APN’s commitment to evolving its traditional media business models while investing in new revenue streams, maximising integration opportunities across the business, and being focused on growth. They ensure APN can continue to deliver value for advertisers and shareholders.”