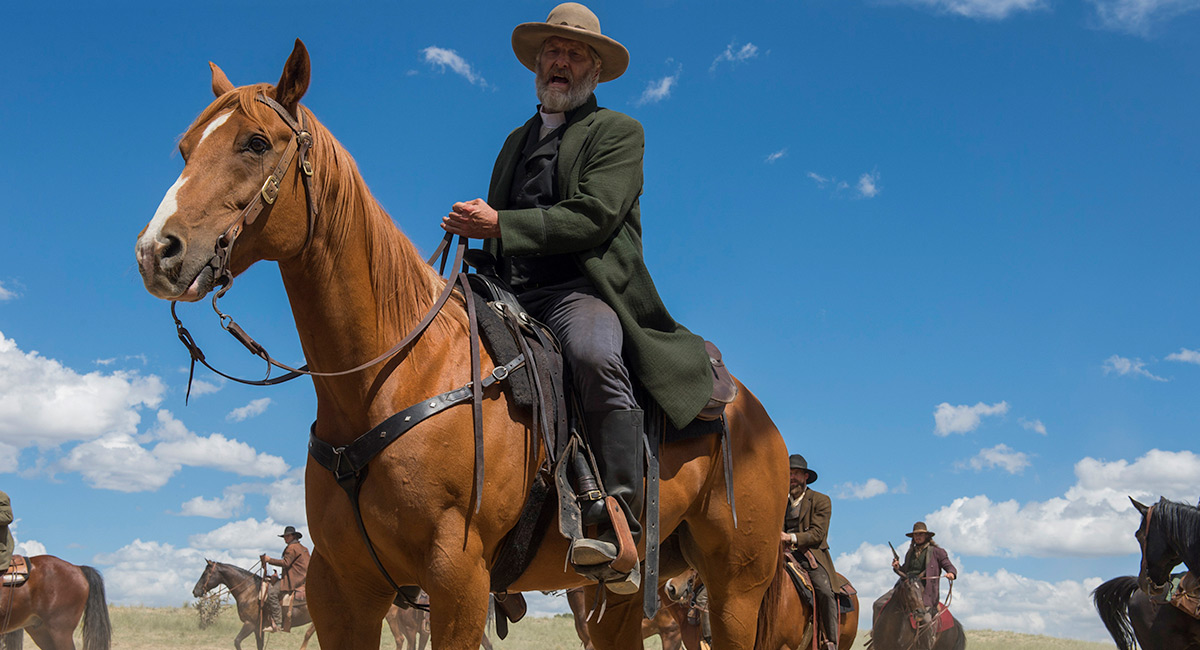 The audience at my little regional cinema is mostly women, and whenever I ask the men in town why they don’t come more often, they say it’s because nobody makes Westerns any more. So please, do not tell the old blokes about this or they will never come. Fresh from appearing nude onstage opposite Sienna Miller in Cat On A Hot Tin Roof at London’s West End, Jack O’Connell will probably never see a shower on this show as he does it tough after arriving at a farm run by Downton Abbey’s Michelle Dockery. Also starring Jeff Daniels and Sam Waterston, this is visceral and cinematic – and if Netflix keeps making shows as good as this, cinemas like mine are in a lot of trouble.

This drama from Channel 4 dives head first into controversy as a rough British suburb is forced to merge its two public schools into one. That puts the white kids into the same space as the Muslims and sparks fly from day one. While it never shies away from a multitude of multicultural issues, there is also a liveliness and humour to it that makes it another UK drama winner. EastEnders’ Jo Joyner and Paul Nicholls play two married teachers, but the new talent playing the students is also exceptional. Check it out.

After touring around the country, our iconic songwriter performs on the forecourt of the Opera House for this live telecast. Hosted by Myf Warhurst, this could be his most memorable concert ever, with a set list that comes from 21 adored albums (including his most recent album, Life Is Fine, which has also been his first number one). When it’s over, Kelly keeps on the road to play Adelaide, Perth and then New Zealand. And #AusMusicMonth also continues on the ABC, with a Go-Betweens doco on Tuesday and then the Easybeats miniseries, Friday On My Mind, next Sunday November 26. Meanwhile, Nine is celebrating Australian Music Month on Tuesday with … a Culture Club concert from Wembley. Go figure.

First Flight: Secrets of the Dreamliner – 9.10pm Sunday on Seven

Media Watch recently looked at how many journos and networks went on Qantas’ new plane, without declaring it was a junket. The airline got lots of free coverage, but Seven obviously thinks we need more because now it’s a one-hour special about “cutting edge aviation technology” that Qantas has probably paid handsomely for. Well, at least it’s a change from Seven’s “cutting edge” shows about ocean liners … but give me a break. This is an ad and a very long one at that. Watch Paul Kelly instead.

Having played all 32 episodes, the telemovie and the feature movie, Nine will now re-air some of those episodes, but with special intros and extra footage. The intros were filmed for Seven by several cast members to promote Kath & Kimderella before it hit cinemas. So nothing new to see here, but sign me up – re-watching this Aussie sitcom from start to finish has been one of my favourite viewing experiences of the year. Nine, or somebody else, as soon as Jane Turner is finished filming season 5 of Rake, beg her and Gina Riley to make new episodes.