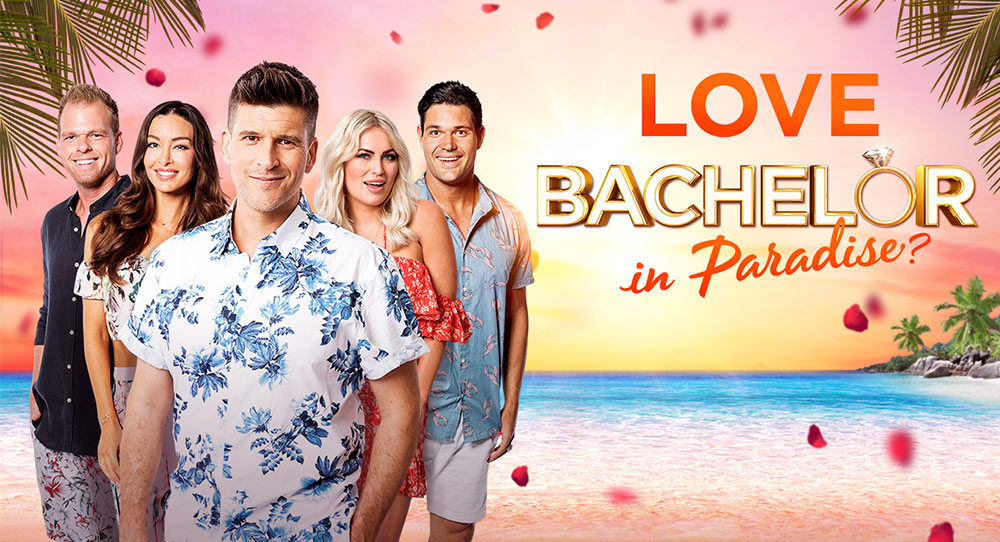 ‘Shows with this much narcissism can be mind-numbing at times, but turning off the volume means you can focus on its prettier aspects.’

Are you missing Married At First Sight? Well, never fear, because Bachelor In Paradise is here to take its place and it’s got twice as much stupidity and horror given many bachelors and bachelorettes have returned to torture themselves (and us) all over again.

• Andrew Mercado on TV: Tacky and nasty reality back in vogue

And because they’re on an island instead of a mansion, that means more bikinis, cocktails with bigger umbrellas and “more drama than High School Musical”, an opening night observation that was so meta someone must already be pitching a new HSC romance reality show.

Shows with this much narcissism can be mind-numbing at times, but turning off the volume means you can focus on its prettier aspects, like the body-hugging outfits and carefully selected jewellery statements – and that’s just on the men. The women seem more concerned about using fans to keep their makeup intact and that’s possibly because it appears that nobody has their own room and everyone is going to live on multiple cushions scattered around the bar and beach.

That may seem a bit rough, but it’s still a step up from those tiny apartments on MAFS that overlooked a freeway. Paradise offers nonstop sun but don’t expect there’ll be nothing but fun, given those promos that promise tears, tears and more tears.

There is even going to be a lesbian romance so that should give MAFS some idea on how to be even more outrageous next year. Hell, even MKR might get in on the act with dinner parties bursting with bisexuals so that nothing or nobody is off limits. Bachelor’s Fijian bartender already seems hot to trot so maybe Manu has to take it one step further than flirting if MKR wants to get back on top… and I mean that literally too.

At the very least, Bachelor In Paradise will lift TEN’s ratings after they faced a familiar problem: what to do at 7.30pm in between reality franchises.

Can we all agree that All Star Family Feud has done its dash? And that The Graham Norton Show does not become any more special just because it gets a new night and title (particularly when it’s as stupid as Super Superman Night because Superman actor Henry Cavill sits next to superstar Tom Cruise)?

Let’s give TEN a thumbs up though for starting the show in the non-ratings Easter period and they are not the only ones offering something fresh, albeit another spinoff. Young Sheldon, a prequel to The Big Bang Theory has been brought forward from Tuesday to Monday and that could be to take on Bachelor In Paradise or just a way to distract us from the multiple Transformers movies they are also airing this week.

Today’s TV “stars” have a lot in common with movie robots. There is no need for any discernible talent, except for how to look good, deliver snappy sound bites and have a desire to be the centre of attention. But, as Ten keeps showing us, self-deprecation goes a long way. After striking comedy gold with Sophie Monk, big things are expected of Nick “Honey Badger” Cummins. Oddly though, none of the female Goggleboxers were laughing along with him, because they were too busy talking about how he wasn’t good looking enough.

Maybe they will have more luck with the beefcake selection on Love Island, yet another romance reality show coming soon to a digital channel. It’s going to be hosted by Sophie Monk, and if that was as good as it gets after The Bachelorette, it’s no wonder she might need to spin out the truth about why she broke up with Stu.

So far, there has been just one interview on ACA and while it possibly was a pitch for a spinoff series (Sophie Wants A Baby), it revealed nothing else apart from Stu’s teenage daughters needing to be considered. That’s admirable, but it probably would have been better for everyone if Stu had thought of his kids before going on national TV to chase a hot blonde. So, let the singles mingle because the dads are duds.