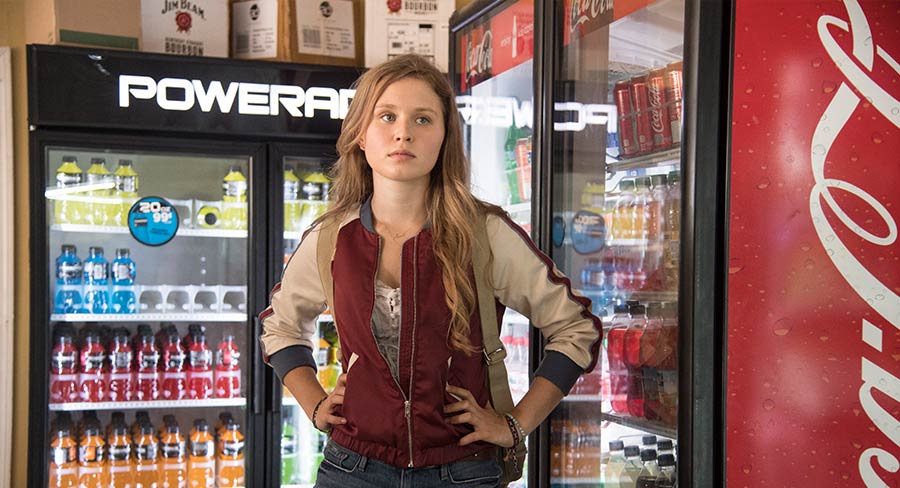 The psychological thriller stars five-time Oscar nominee Amy Adams and based on the novel of the same name by bestselling author Gillian Flynn (Gone Girl), premiered on Foxtel’s showcase channel this week.

Speaking to Mediaweek in Sydney shortly before the launch, Scanlen said: “My character Anna is a 15-year-old girl living in Wind Gap, the half-sister of Camille [Amy Adams], who is the journalist who returns to her hometown to write about mystery murders. Anna is troubled and suffers from issues at home where her mother is very doting. Anna wants to explore her womanhood and that leads her to do that outside of her home. She has a dual personality – at home she is quite demure and docile and abides by what her mother tells her to do. When she’s away from home she is precocious and rebellious and gets involved in things that are less than savoury.”

At the time of our interview, Scanlen said she had seen the first three episodes. She said she was surprised how much screen time she gets early in the series. “I didn’t think I would be so involved,” she explained. “In its essence, the story is so much about Camille and her inner dialogue and how she confronts her past and how she confronts her own vulnerabilities.” The reality of securing such a high-profile role was brought home the first day on set. “Amy Adams had started filming before I did. When I arrived at the set I saw they had created the whole house and walking through the interior and seeing all the detail and how they created the world of Sharp Objects was quite overwhelming and very exciting.

“Doing my first scene of the shoot featured my character drunk and Amy’s character Camille had come to help her. That was quite a daunting scene working alongside Amy for the first time. Once we started though I was fine after I immersed myself in it.”

Scanlen said the cast had a table read prior to shooting. “I realised that what we were going to make together was something pretty special. What I loved about the table read was that Jean-Marc had made an effort to explain it was about the actors and he and film crew would stay out of the way as much as they could. That meant there were no marks and only one camera, allowing the actors the freedom to move around the set however they wanted. That is what makes his works seem so natural and powerful.”

During Scanlen’s final year of secondary school in Sydney, in 2016, she had made the decision to focus on her grades. “Acting was to take a back seat that year. There was a point that year though where I was able to start auditioning and I sent in an audition tape for Sharp Objects. My manager didn’t actually like it very much and I did it again. They subsequently had casting in Sydney as part of a worldwide search for actors. I went in and read and I was pinned [shortlisted].”

Scanlen then went and sat her year 12 exams without hearing much more about the audition. “After I finished the school year I got a call from my manager telling me HBO wanted to fly me to the US to do a screen test with Amy and Jean-Marc. I had to travel to Los Angeles quickly and do the test. There were three of us in consideration for the role. Two of us were from Australia!

“A few days later I went in for hair and makeup. My character is 15 and they were worried I might not look young enough,” explained 19-year-old Scanlen.

Before she finished the LA visit she had a call to tell her the good news.

When she returned to the US for filming, Scanlen arrived in March 2017 and finished up in mid-August.

“It was an intense shoot in Georgia. My character roller skates and most of the exterior shots are of me on skates. I was skating around in 40 degree heat, which was challenging. I got to travel to a lot of interesting places that I wouldn’t have visited otherwise.”

After a previous role in Home and Away, Scanlen had considered getting work in the US. “But I really just wanted to do quality work, regardless of where the production was. As long as I am doing things I am passionate about I am happy.”

Scanlen: “Jean-Marc encourages the cast and crew to have parties every second week – he almost forced them. We had a few really fun parties.

“The most memorable moments for me were on set and in the trailer with Patricia and Amy, getting delirious because we were playing pretty intense roles. They are both hilarious. Amy and I both like Eminem so we would rap a lot of his songs in the trailer to get us in the mood.

“It was quite a light-hearted set given the content we were filming.”