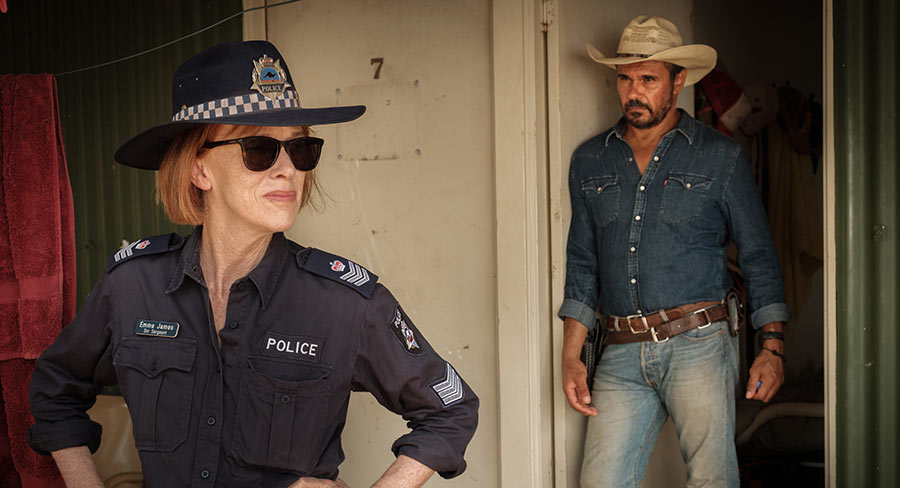 Despite all that publicity, the Barnaby Joyce interview on Sunday Night last weekend tanked in the ratings. And the best part was that it was soundly beaten by the ABC’s new Aussie drama. Well done, Australia, you made the right choice watching the magnificent Mystery Road instead. But can its future episodes ever match those opening ratings with the whole series now online to binge? Foxtel used a similar strategy with Picnic At Hanging Rock and why not? Viewers today want it all now. You can blame Netflix for starting this or you can copy it. And that applies to the ad breaks too. Dramas on Netflix, Stan, iview and Foxtel Now screen without interruptions. But SBS On Demand and all the commercial networks can’t help themselves. Their catchup services even make things worse by torturing viewers with the same ads played ad nauseum… and even at lower resolution.

Long ago it was suggested that the future might be Desperate Housewives with Teri Hatcher pulling out a box of cereal filmed with a green screen on it – and that example given back then should explain how long ago it was. This would then allow every country around the world to sell its own local breakfast cereal. Surely integration like this is preferable to watching the same ads over and over again. And surely the wealth of stunning TV dramas today demands they be watched without jarring interruptions.

Other shows, however, still benefit from a breather. The Sunday Night love sagas of Jacqui Lambie and Barnaby Joyce needed breaks just so we could all process what Derryn Hinch called the “vomitous” content. What would MasterChef be like without a minidrama every 10 minutes (and is Band-Aid an official sponsor yet for all those knife nicks)? And when would you go to the toilet if Studio 10 ran for hours on end without a single infomercial? Grant Denyer was recently announced as the host of the upcoming Game Of Games on TEN.

Game show fans also don’t mind an ad break and they should be thrilled that Grant Denyer is back on Ten, even though he never went away. Despite once saying he did not want to be known as a game host, the Gold Logie nominee has now hosted Slide Show, Million Dollar Minute, Family Feud, All Star Family Feud, The Great Australian Spelling Bee and, coming soon, Game of Games.

This is the first international adaptation of Ellen DeGeneres’s primetime show, and its family-friendly format should work well down under. Game of Games might even be around for years, returning in different formats like the classic Pick-A-Box (1957-1971), Temptation (1970-2009), Wheel Of Fortune (1981-2008) or Who Wants To Be A Millionaire ? (1999-today). But even if it is the Flop of Flops, game show hosts, past and present, can always rest easy with the knowledge that another revival of The Price Is Right (1957-2012) will always be just around the corner.