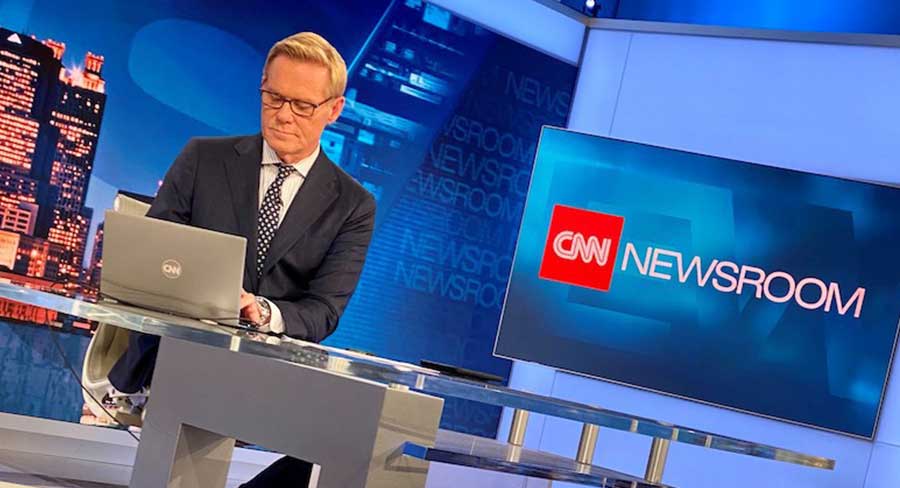 • Former Nine reporter on 40th anniversary of the news channel

CNN has been quietly marking its 40th anniversary this week at a time when it is covering two of the biggest news stories across those four decades.

For 25 of those 40 years former Nine News and A Current Affair reporter Michael Holmes has been covering the big stories that drive audiences to the news channel. The Australian reporter from Perth was on air last weekend when crowds gathered outside his Atlanta workplace.

Holmes told the story of how he had a surreal moment driving to work in Atlanta on Friday night a week ago when he pulled up behind three National Guard Humvees. “The last time I was behind a convoy of Humvees it wasn’t in this city,” he posted on Instagram.

On the phone from his home in Atlanta this week Holmes explained when he arrived at the CNN car park that night he found it was a staging area for the National Guard with a dozen military vehicles and a couple of troop moving trucks.

That Friday night saw protesters in Atlanta moved to the outside of the CNN building where some graffitied the broadcaster’s signage. 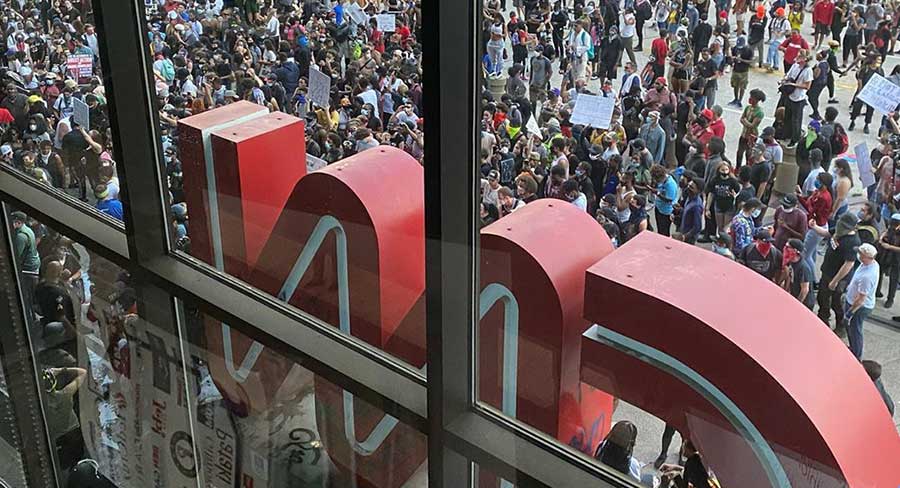 Holmes’ photo of the protestors in Atlanta outside CNN headquarters

“Because most of the roads were blocked I had to take a circuitous route to get in,” Holmes told Mediaweek. “CNN had been taking security precautions and that night there was only just four of us left in the newsroom for the night.

“I went into an office overlooking the entrance and it was extraordinary to see things being lobbed at police, broken windows and the defacing of the CNN letters.”

Holmes said he thought the demonstrators picked out CNN because it was a visible landmark downtown.

“I didn’t feel under any threat that night and I’ve seen a lot worse. It was a very sad weekend though. People rallied each night, but they were moved back a little further away from our building.”

Holmes noted that while the demonstrations across the US and now the rest of the world were dominating coverage this week, CNN was still covering COVID-19. One question he was asking medical experts last week was could the virus spread amongst mass gatherings.

“A lot of people are still worried because it can take two weeks for symptoms to manifest.”

At present Holmes hosts weekend overnights which puts him on air in Australia late afternoon on Saturday, Sunday and Monday. “The beauty of CNN is that it is primetime somewhere around the world. It is also a time that a lot of other things are happening around the world and it can be a very busy shift.”

Holmes is working in his 25th year at CNN. He has spent most of that time on location covering stories in all parts of the world. As to whether he is now focusing on being an anchor, he told Mediaweek: “I bloody hope not! Every time I communicate with my bosses it is about getting me back out. But COVID-19 has put a halt to much of the travel.” 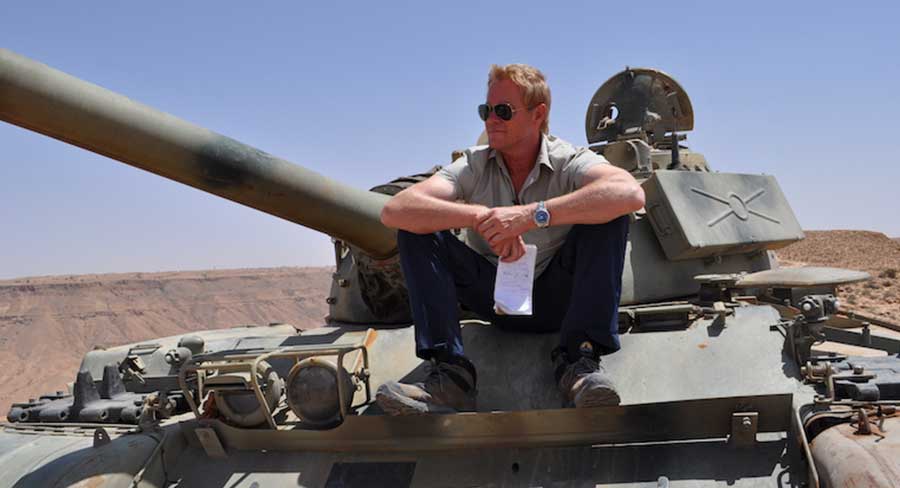 Originally hired as an anchor, Holmes joined CNN in 1996.

“I had never anchored before and it was a whole new challenge for me. After 911 we had people dispatched all over the world and with my international experience I soon found myself in Pakistan and then Afghanistan where I did a couple of tours. Because I had covered the first Intifada I was going back and forward to Israel, the West Bank and Gaza many times covering the second. I knew Arafat which helped me get a couple of exclusives. When Iraq started in 2003 I became one of a core group that would go back and forth.”

Holmes ended up making 17 separate trips to cover the Iraq conflict and his most recent trip was in 2017 covering the Battle for Mosul. 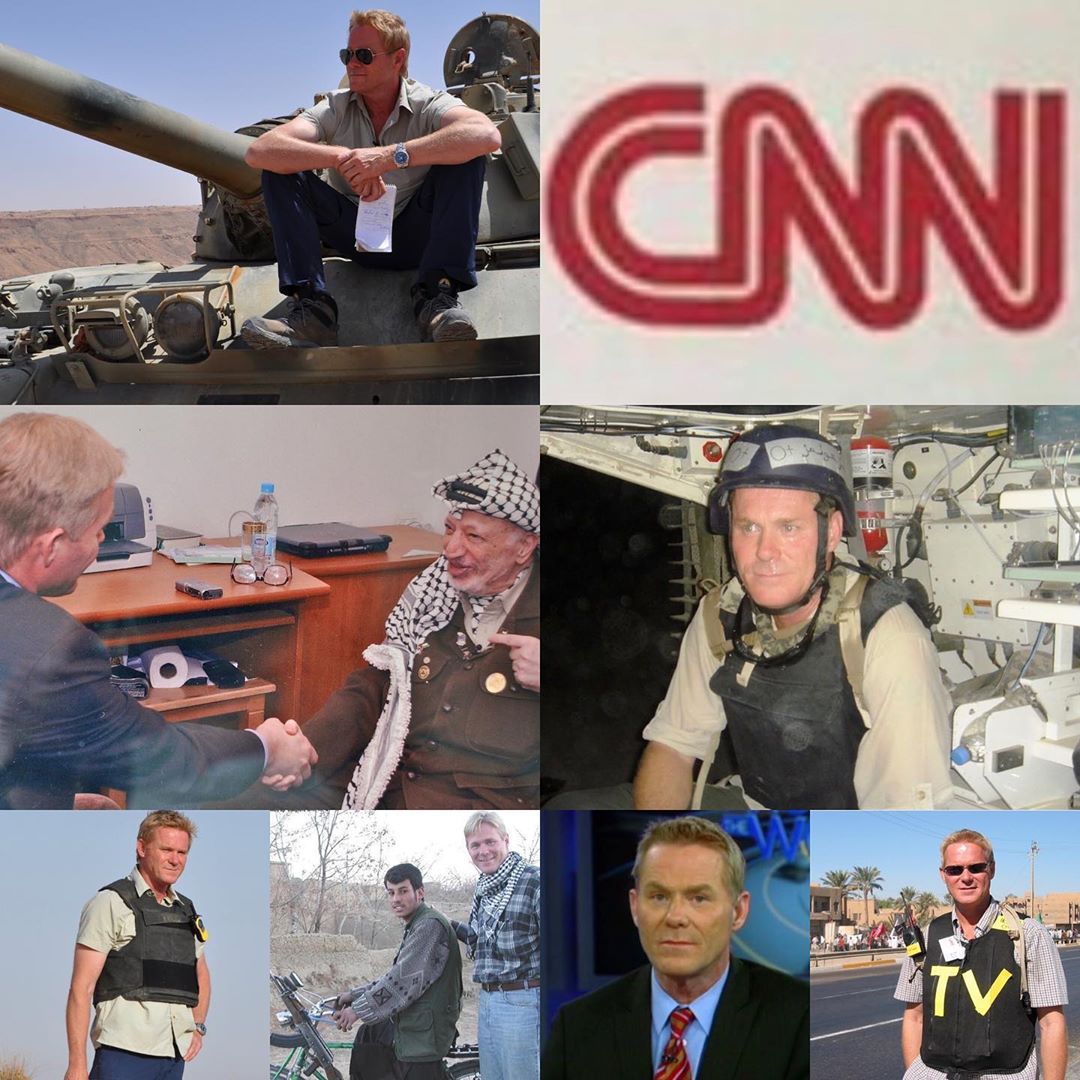 “For me the ideal was spending about three months of the year on assignment. Last year I went to Gaza for the big demonstrations and then stayed for the election. They moved me to London to cover the climate change protest and then to Notre Dame for the fire. Next it was to Venezuela for a protest and then back and forth to Mexico for the immigration crisis. It was a busy year.”

In 1996 Holmes arrived in Atlanta to start at CNN. It was a milestone year for cable TV news with the launch of both Fox News and MSNBC. “Fox News did eventually shake up things on the conservative side. That didn’t really change the way we did things, we were resolute throughout.”

The past few days in particular have seen a number of reporters around the world, including Australians, facing the ire of people protesting and police. “Every story is different. Demonstrations always have their own challenges and we are pretty visible and some people have differing opinions of the media. They can be very dangerous things and the trouble can be the things you don’t see coming. In Baghdad in 2003, when we could still go on the streets, things turned on a dime and we had to flee for our lives. I got hit with a rubber bullet once in Belfast during a demonstration.”

As to the impact Trump might have had on the way people view the media, Holmes said it was probably only his supporters who had been impacted. “He is all about ‘fake news’ which usually boils down to something he doesn’t like or agree with. It becomes a bit more sinister when he calls media ‘the enemy of the people’. It is dangerous rhetoric and it is unbecoming.”

Holmes admits to being “a little daunted and massively terrified” when he arrived at CNN. “I had brief stint in Sydney at the first failed attempt at launching an ABC news channel where I was meant to be an anchor. We never got out of rehearsal of course. The ABC had a consultant from CNN who recommended me when he returned to Atlanta.

“When I arrived I expected very little and hoped for the best. I was absolutely terrified and hoping I wouldn’t screw it up. I can’t believe it has been 25 years. It has given me opportunities to report on a global stage. My kids made me look it up once and I have been to 84 countries and CNN is responsible for a lot of that.”

Holmes was the first Australian to be hired at CNN. Plenty of other followed in his footsteps. “A little later Rosemary Church joined then others including Hugh Riminton, Anna Coren, John Vause.” The overnight shift features Holmes, Church and Vause across the week. Over the years other Australians at the news organisation have included Andrew Stephens and Stan Grant.

Holmes revealed he has had a couple of offers over the years to return to Australian TV. “But they weren’t offers that made me want to return. When I thought about it I had to consider, ‘What would any other news outfit offer me that CNN doesn’t?’ I get to anchor several hours a day and then when something huge happens I am often dispatched to cover it on the ground.”

Holmes carries three passports – Australia, US and British and he admitted he takes them to work each day…just in case!

Among former Aussie colleagues, Holmes stays in touch with Robert Penfold who recently retired from Nine where he was US bureau chief. “Rob and I were in the London bureau together in the late 80s and early 90s.” Holmes also mentioned a good mate of his from the early days in Perth is Geoff Hutchison who hosts mornings on 720 ABC Perth.