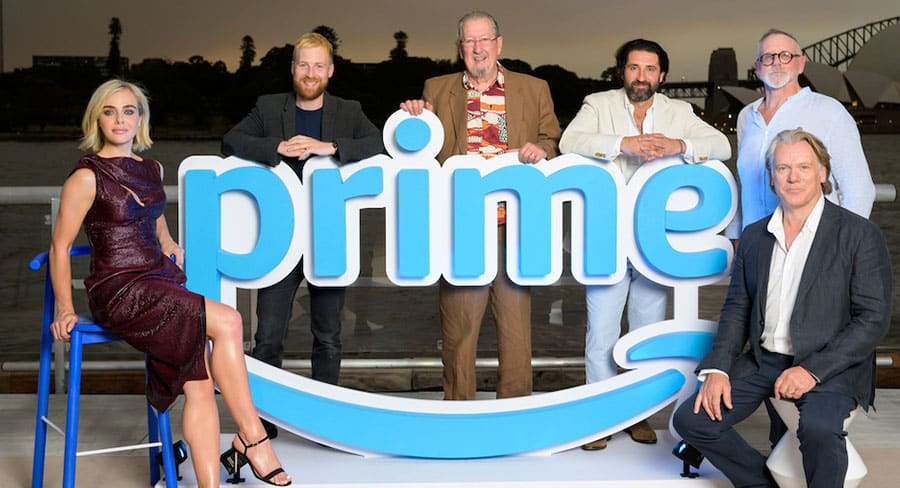 • Seven Studios to produce new season for Australia and 200 territories

Amazon has confirmed its first scripted Australian Amazon Original series, Back to the Rafters, which will launch on Prime Video in Australia and around the world in more than 200 countries and territories.

Back to the Rafters offers the next chapter in the story of the Rafter family, who charmed Australian audiences for six years in one of Australia’s most popular drama series, Packed to the Rafters. At its centre were parents Dave and Julie, working to balance their own journey as a couple with the ups and downs of raising a family into adulthood.

Back to the Rafters picks up six years since we last saw the Rafter family. Dave and Julie have created a new life in the country with youngest daughter Ruby, while the older Rafter children face new challenges and Grandpa Ted struggles to find his place. As Dave enjoys his new found freedom, Julie must reconcile her responsibilities to the family. They might not be under the same roof, but the same honesty, love and laughter bonds them more tightly now than ever before.

“Since we began producing international originals, Back to the Rafters has been at the top of the list of scripted series we’ve wanted to commission,” said James Farrell, Vice President of International Originals at Amazon Studios. “Packed to the Rafters is among the most beloved Australian series and this revival will allow us to give our customers the locally relevant entertainment they want. We’re thrilled to be working with Seven Studios to bring back the Rafter family for Prime members in Australia and around the world.”

“We are hugely excited to be working with Amazon Studios on Prime Video’s first Australian drama commission, bringing back the iconic Rafters family for both Australian and global audiences,” said Therese Hegarty, CEO Seven Studios. “This is an incredible opportunity to showcase to the world a home-grown original drama series, brought to life by brilliant Australian creative talent.”

“What a thrilling opportunity to be able to revisit the family at the centre of my most successful creation, six years down the track,” said Creator and Writer, Bevan Lee. “The world has changed so much in that time, and it is a writing dream to be able to explore how the Rafters have changed with it, while at the same time reconnecting with the life affirming combination of humour and heart that characterised the original series. In an increasingly dark world, it is wonderful to use the Rafters again to spread light.”

Commissioned by Amazon Studios and produced by Seven Studios, Back to the Rafters lead Writer will be Creator Bevan Lee, with Julie McGauran as Executive Producer and Chris Martin-Jones as Series Producer. Production is scheduled to begin next year in Sydney.

Back to the Rafters is the first scripted Australian Amazon Original series that has been announced this year, along with LOL: Last One Laughing, hosted and executive produced by Rebel Wilson; The Test: A New Era for Australia’s Team, a docuseries following the Australian Men’s Cricket team during the 2018/2019 season; and a series of 10 Amazon Original stand-up specials featuring ten all-star Australian comedic acts including Tom Gleeson, Tommy Little, Judith Lucy and more.

These, and other Amazon Original series, will be available on Prime Video in Australia and around the world in more than 200 countries and territories.