The TV Week Logie Awards will feature an all-star line-up of music acts confirmed to perform live on Sunday, June 30, at The Star Gold Coast and telecast on Nine Network and 9Now.

Delta Goodrem, multiple ARIA award winner & multiplatinum Australian singer/songwriter and actress, has amassed a multitude of hits and achievements during her career. The talented performer has achieved in excess of 23 x platinum sales, 4 #1 albums, 9 #1 singles, 17 top 10 hits, 16 ARIA Awards, a Silver Logie Award & 3 World Music Awards.  Having achieved multi-platinum-selling status, over 8 million records sold worldwide and started her own label imprint with Sony Australia, The House of Oz Records, the gifted singer, songwriter, performer and pianist has, for the past 15 years, provided a soundtrack to the lives of a generation of music fans in Australia, the UK and around the world. In 2017, Goodrem launched her debut fragrance Delta by Delta Goodrem, smashing records as it debuted as the highest selling fragrance in Australian history. In 2018 she released her second fragrance of her collection “Dream”. In 2012, Delta became a coach on the first ever season of The Voice Australia and returns for her eighth season in 2019. Delta will be making her fourth return to the stage for the Logie’s audience.

“The TV Week Logies has held a special place in my heart since the start of my career, and I’m so honoured to be performing for the fourth time on the Logies stage,” said Goodrem. “I am very thankful to be part of this year’s show, it really is TV’s night of nights for all involved and I can’t wait to celebrate what has been an incredible year with not only my Voice family, but all of the TV industry.” 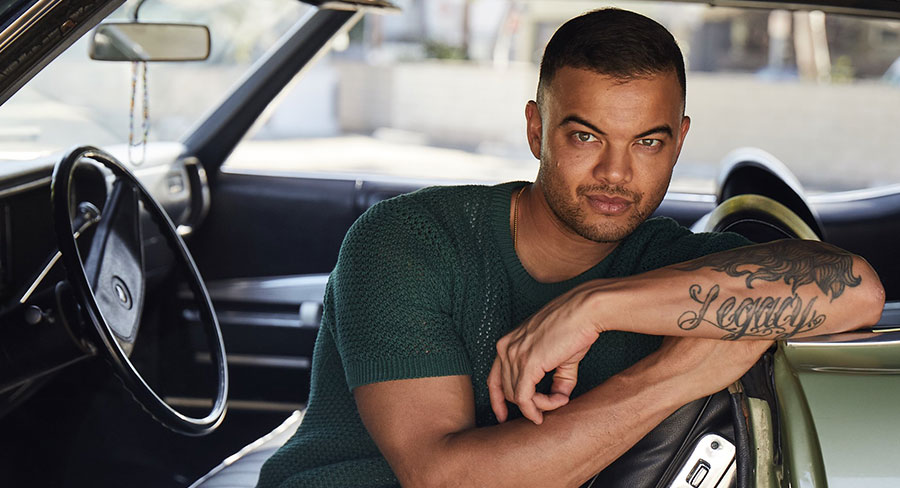 Singer, songwriter and producer Guy Sebastian is arguably Australia’s most successful male solo artist and now a certified hit in his new role as Coach on Nine’s The Voice Australia. Guy is the only Australian male artist to have ever achieved six number one singles and two number one albums in ARIA chart history. Guy has achieved over 30 x Platinum singles sales in Australia and well over 7,000,000 combined units sold worldwide. He will perform a medley of his hits for the TV Week Logie Awards audience.

“I’m loving being back on TV and am so proud to be a part of The Voice family mentoring some incredibly talented artists,” Sebastian said. “I can’t wait to perform at this year’s Logies and celebrate the amazing shows on Aussie television.”

Chart-topping singer, actress and Eurovision star Jessica Mauboy will be performing a brand-new song from her highly anticipated fourth studio album. Jessica Mauboy makes music that has been a saviour for many, with five top 10 albums, 15 top 20 singles, 4 ARIA accredited Platinum selling albums and winning two ARIA Music Awards from 24 nominations to her name since she captured the heart of the nation as a 16-year-old on Australian Idol back in 2006. Since then, her songs and videos have been streamed globally over 257 million times and over 102 million times in Australia alone. She has toured with Beyoncé, collaborated with Ricky Martin, Flo Rida, Snoop Dogg and Pitbull; performed for Barack Obama, Oprah Winfrey, Ellen DeGeneres and made history being the first non-European solo artist to represent Australia at Eurovision in 2014. Jessica is also no stranger to the small screen as the star of TV series, The Secret Daughter.

“Since my last performance in 2017, I’ve been so keen to return to the Logies stage,” Jessica said. “It’s one of the best nights of the year for a performer. And to be able to do it with an all new song I’ve co-written is a privilege.”

Bringing international flavour to this year’s TV Week Logie Awards, US boyband Why Don’t We will perform their hit single “I Don’t Belong In This Club”. The group played sold-out shows in Sydney and Melbourne in 2018 and this is their first time back in Australia since then. “I Don’t Belong In This Club”, a surprise collaboration with Macklemore, has over 70 million streams globally. Why Don’t We has amassed a huge 1 billion streams worldwide to date.