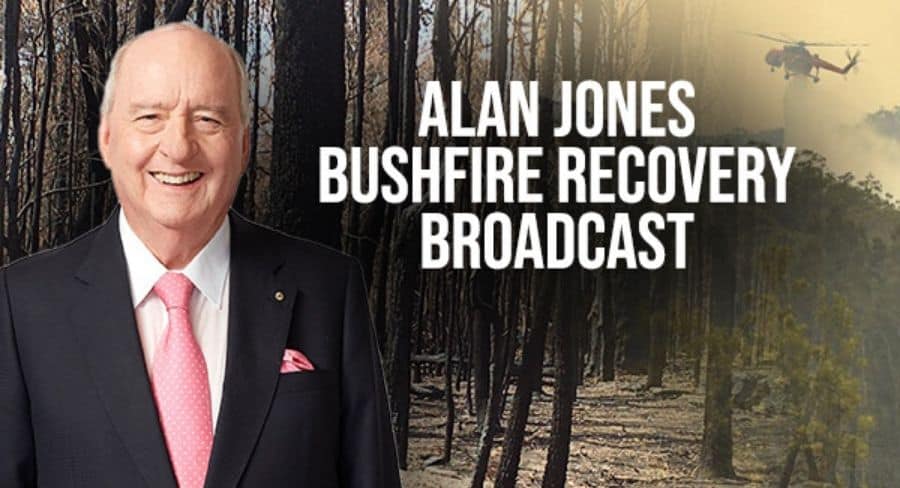 Alan Jones was reporting for work on his first day back from Bateman’s Bay on the NSW south coast.

Alan Jones was reporting for work on his first day back from Bateman’s Bay on the NSW south coast. In his first break he pointed out he wanted to visit a bushfire zone to speak with the people impacted by the natural disaster.

Jones and his team had dinner with a number of people who lost their homes on the night before his first show.

Jones was at pains to point out he wanted to avoid the hysterical reaction he claimed that many were having to the bushfires. He was also keen to avoid blaming Prime Minister Scott Morrison for the government’s response or for taking a holiday at the wrong time.

Jones was calling for instant grants of $300,000 for volunteers who had lost their homes without any red tape.