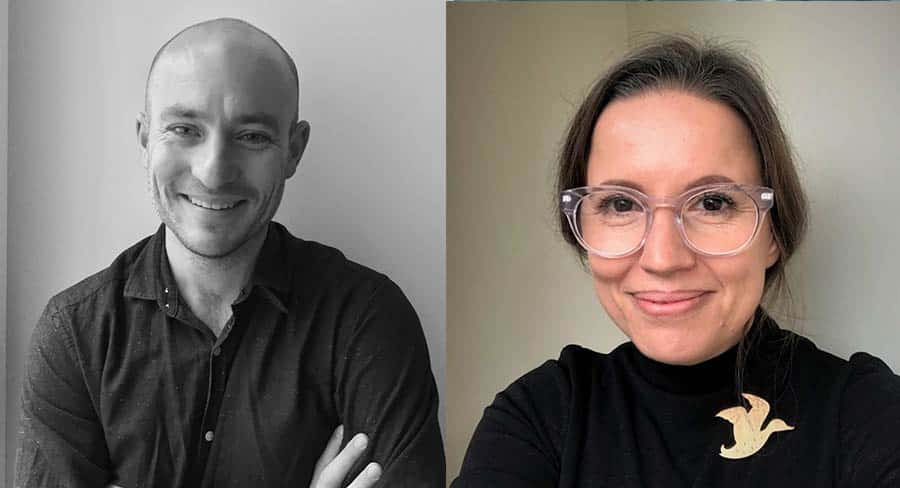 “Both Krista and Richard have an exemplary track record in supporting and developing new talent.”

Nell Greenwood, director of curriculum and student registrar AFTRS, said: “Both Krista and Richard have an exemplary track record in supporting and developing new talent. Krista is a champion of innovative, high-quality strategies for successful learning and development outcomes that recognise the challenges of working as a creative professional in the film and media industry. Richard has created an inspirational and collaborative learning environment at AFTRS that has seen amazing results. We’re really excited to welcome them both to their new roles.”

Jordan has over 20 years’ professional industry experience in creative and commercial filmmaking. Her professional film credits include The Matrix, The Matrix Reloaded, Rabbit-Proof Fence, Moulin Rouge and the Academy Award-winning Happy Feet.

In recent years, Jordan’s focus has shifted to learning, leadership and strategic development.

As learning and development manager at Animal Logic, Jordan was a pivotal member of the leadership team and drove program and curriculum development, mentorship, industry, education and government engagement.

Jordan is an experienced and highly gifted presenter and learning facilitator and has lectured, facilitated and run master classes for both external professionals, students and internal employees. She has an extensive professional network in the local and international industry and across educational providers, government and corporate bodies.

Krista Jordan said: “I am hugely excited to be joining the great team at AFTRS. It’s an absolute privilege to have the opportunity to work with such a unique learning institution that has contributed so much to the growth and development of world-class Australian talent in the film, radio and creative industries.”

Richard Welch was the co-director of the Antenna Documentary Film Festival and was responsible for establishing Antenna as one of Australia’s premier film festivals dedicated to documentary cinema. Throughout his tenure as Festival co-director, he drove innovative industry programs, including the Antenna DocTalk and Horizons, forging connections with some of the world’s leading festivals, broadcasters and on-demand platforms including Sundance, Berlinale, Hot Docs and BBC Storyville.

In Australia, Welch has extensive and longstanding relationships with broadcasters, funders, distributors and documentary filmmakers.

An experienced documentary director and producer, Richard’s latest film, Tea for Two, recently premiered at the 2018 Revelation International Film Festival and he has a new documentary due for release in early 2019.

Welch is an experienced educator and mentor and for the last three years has run the Graduate Certificate in Documentary at AFTRS with fantastic outcomes for its graduates. Welch has a masters degree in documentary and is currently undertaking a PhD at Macquarie University.

Richard Welch said: “I am thrilled to have been appointed as head of documentary at AFTRS. I believe it is one of the leading film schools in the world, cultivating exciting, innovative and diverse screen talent. I see this next chapter as a fantastic opportunity in which to utilise my extensive industry experience to shape and design a documentary program that inspires future generations to come to AFTRS, harnessing and developing exceptional and diverse screen talent in Australia.”