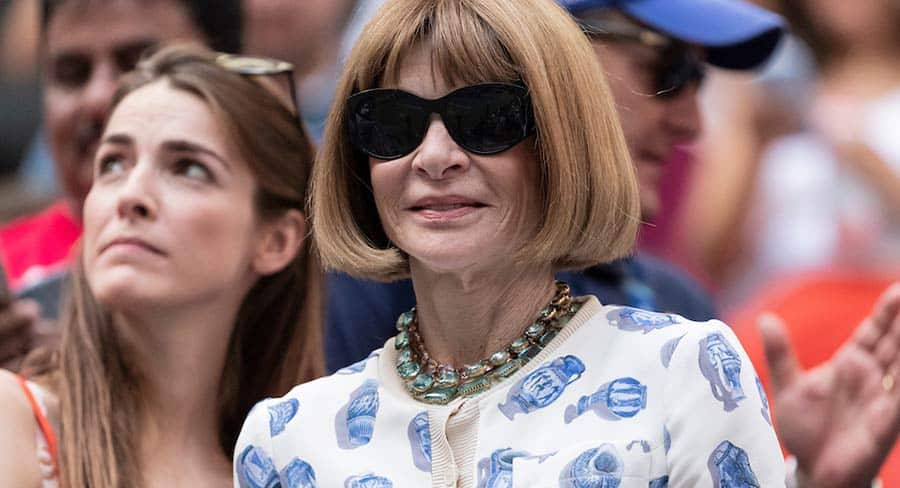 • Wintour will be the keynote speaker at the AO Inspirational Series

Anna Wintour, editor-in-chief of Vogue and artistic director of Condé Nast, will attend the Australian Open in 2019 and headline the AO Inspirational Series on Thursday 24 January.

Widely regarded as the most influential figure in world fashion, Wintour will be the keynote speaker at the AO Inspirational Series, an event designed to celebrate women’s achievements in all aspects of life and also shine a light on gender equality issues.

In recognition of her achievements, Wintour will also be honoured at a special ceremony at Rod Laver Arena between the two women’s semifinals matches.

“As a lifelong tennis fan who’s spent years watching the Australian Open on television at odd hours of the day and night in New York and elsewhere, I’m delighted to be headed to Melbourne to see my very first Australian Open up close and in-person,” Wintour said.

“And, particularly given the dynamic state of today’s women’s tour, I’m very excited to speak about the transformative impact of women in the game, both on the court and off, in terms of what’s been accomplished as well as what challenges remain.”

January 2019 will mark the fourth edition of the AO Inspirational Series which has featured tennis luminaries and former Australian Open champions, including Billie Jean King, Evonne Goolagong Cawley and Kim Clijsters, along with speakers from business, the arts, media, sports and philanthropy.

The exclusive event is the brainchild of Australian Open Tournament Director Craig Tiley, a founding member of Male Champions of Change Sport.

“I’m delighted to welcome Anna to Melbourne, to the Australian Open and as our special guest at the AO Inspirational Series,” Tiley said.

“Anna has achieved so much throughout her career and she communicates with great wit and wisdom on the challenges we all face in this rapidly changing world, both professionally in our working lives, as well as personally.”