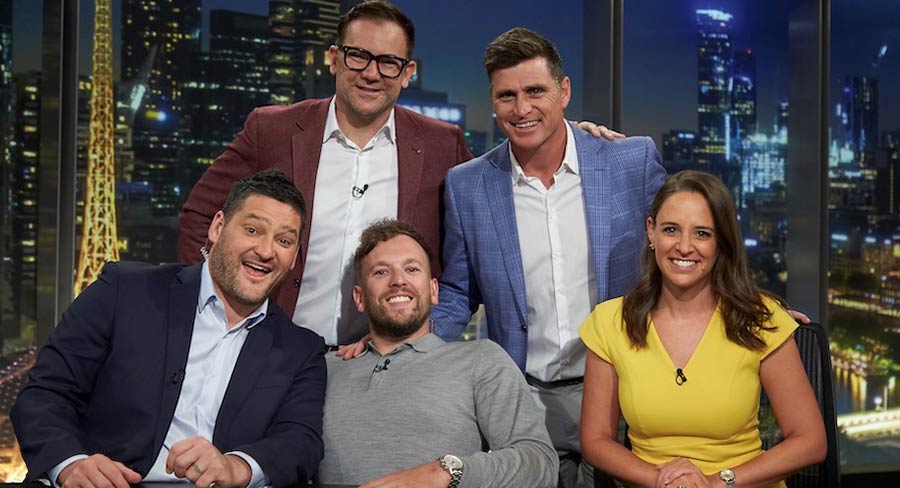 • The Footy Show has clocked up 735 episodes

Shortly after what was the final ever Thursday night edition of The AFL Footy Show, Nine released a statement saying they were stopping production of the program.

Nine’s Melbourne managing director Matt Scriven paid tribute to the program hosts and the crew following the show this evening.

“I want to thank the current hosts, Anthony Lehmann, Neroli Meadows, Dylan Alcott, Brendan Fevola and Shane Crawford, the former hosts of The Footy Show, and the hard working crew for their great contribution,” Scriven said.

“It is with regret that The Footy Show will no longer be produced. It has been a tough decision to end the program that has been such a trailblazer, but sadly the new show has not captured audiences in the way we had hoped.

“Over the past three decades Nine has led the way with AFL entertainment and news programs and we will continue to do so, with the production of the award-winning Footy Classified and the Sunday Footy Show.

“We remain committed to the AFL and creating great AFL content, and we will continue to focus on new ways to engage audiences who love the code.”

Since it premiered in 1994, The Footy Show has clocked up 735 episodes, making it the longest running sports entertainment program in the history of prime-time television in Australia.

Melbourne radio was flooded with callers celebrating the show’s best and worst moments over the past 25 years. Founding host Eddie McGuire, whose production company was producing the new program for Nine, said he watched both The Footy Show and The Front Bar last night. “They were both good shows,” said McGuire. He paid tribute to Sam Newman as the real star over the show over the program’s journey.

Former co-host Garry Lyon recalled how he had been called on to take over the show after formerly hosting the Sunday Footy Show. Lyon hosted with James Brayshaw who is now with Triple M and Seven. Lyon now co-hosts breakfast at SEN 1116.

Jonathan Brown recalled his time on the show at Nova 100, but wasn’t able to discuss the cancellation with Sam Pang, one of the hosts of Seven’s The Front Bar which is a key factor in audiences departing the Nine program. Pang was not on the show today, his spot filled today by Celia Pacquola.