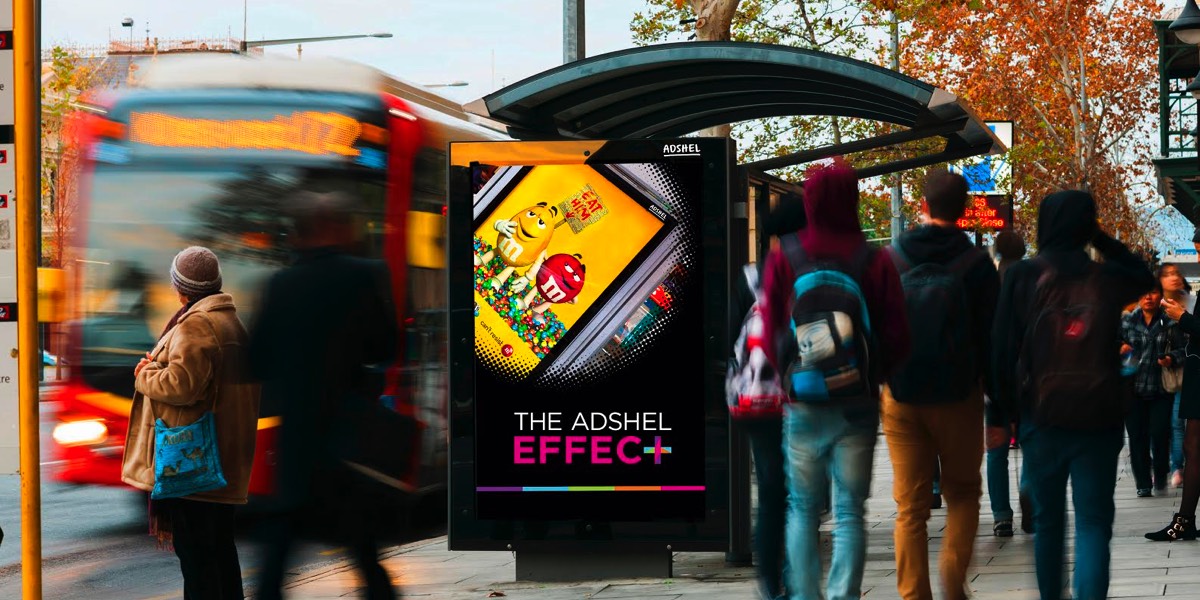 In today’s increasingly digitised media landscape, Adshel sought out to understand the relevance of the traditional broadcast medium, its own national classic street furniture network, Adshel.

Through an in-depth qualitative and quantitative research study conducted by Fiftyfive5 and titled The Adshel Effect, it was revealed that:

•  increases intrigue, which leads customers towards driving them to find out more about a product, by 75%; and
•  increases brand advocacy by 89%.

The research, which also measured brand awareness and purchase intent, confirmed that broadcast campaigns are still as effective as ever in driving significant increases across all brand metrics, and having considerable influence on the consumer journey.

“The findings speak for themselves – an Adshel broadcast street furniture campaign is extremely effective at every stage of the consumer journey. Its inclusion in media campaigns drives intrigue and advocacy from anywhere between 75-89%.

“That is what surprised us the most – the impact Adshel broadcast campaigns have on creating intrigue and advocacy, two things which are normally attributed to social media. These were the most significant increases and demonstrate the potential we have in driving consumers to advertisers’ owned media channels.”

This research is the first in a series of releases as part of one of the most extensive research and insights projects Adshel has ever undertaken.

To support the release of these findings, Adshel has also launched a trade marketing campaign promoting the results.

For more information about the research, visit adshel.com.au/research/the-adshel-effect/