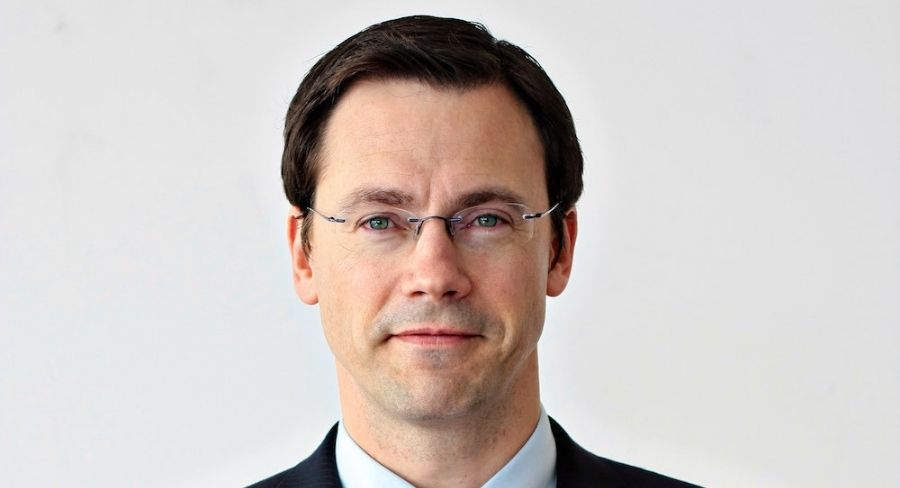 Fear and Greed is a partnership between Adam Lang, Sean Aylmer and Michael Thompson. It is also the name of one of the first two podcasts the trio are publishing. Lang and Thompson are both ex-Macquarie Media where Lang was CEO and Thompson head of content. Aylmer is a former Fairfax Media editor and editorial director.

When asked if there was any in-joke about the title being a metaphor for the media business, Lang told Mediaweek: “It came about after Sean and I got together in February this year. He has a content company called Aylmer Anderson [a partnership with former news executive Simon Anderson and they work with a number of businesses on corporate communications. He had a presentation about successful news articles that indicated the most popular were pieces they would to run on the front pages of newspapers during his media career and many were something to do with fear and greed. I replied that would be a great name for a podcast.” 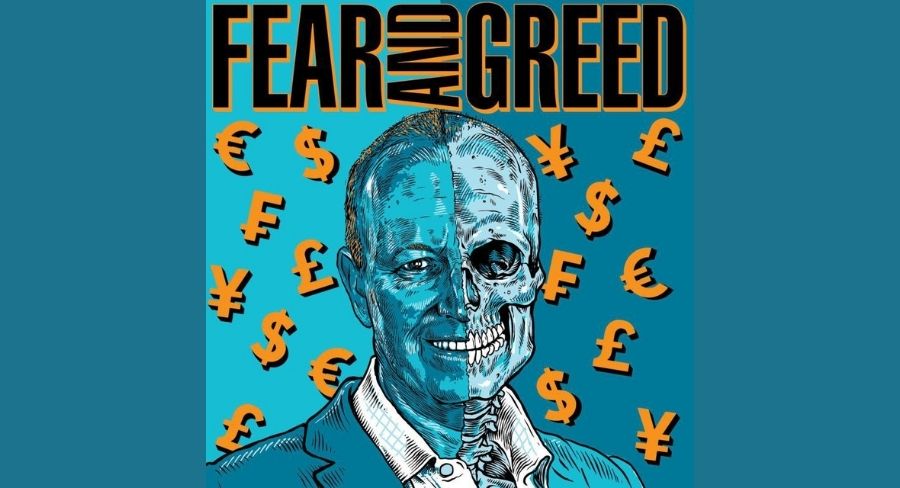 The trio then decided it would be a good business name too because it speaks well to the company as an independent. “It also speaks to the primary drivers that motivate people when it comes to investing. There is a lot of fear and greed.

“Our first target was to build a podcast that would be successful,” said Lang. “We started looking for something that we wanted to hear and we couldn’t find it. We wanted a really, short, sharp summary of all the business news we need to know each morning.”

Lang said the aim was to expand the portfolio after they prove they have been able to get one away. “There will be two strands to what we do – free podcasts carrying advertising and then also custom made podcasts where we work with companies telling a story.

“The first custom podcast we have worked on is with KordaMentha, a series called Behind Business.” 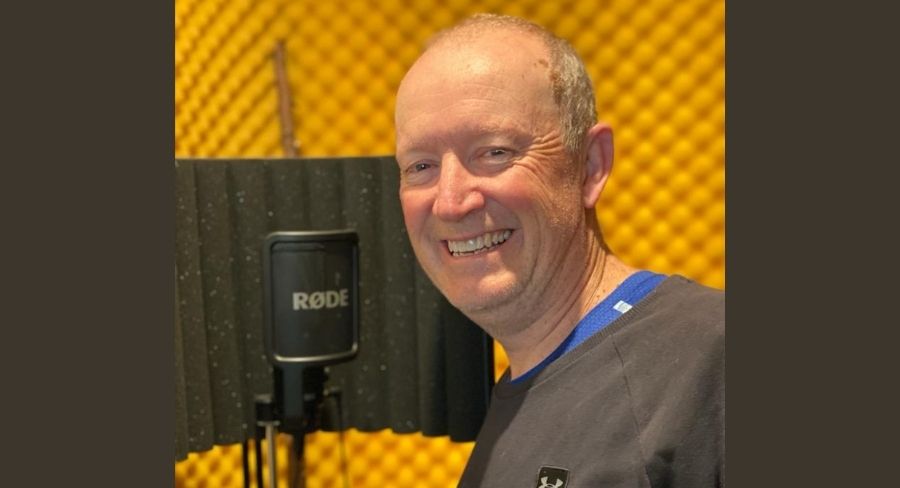 Presenter Sean Aylmer in the Fear and Greed studio

The Fear and Greed podcast has involved all three partners making sure the project is successful. Aylmer presents, Thompson is producer and Lang runs the operations. “It runs like any small business at the moment. When you are a team of three you all do a bit of everything. At the same time is has been harder than we perhaps originally thought, but it’s also been more enjoyable than I thought it could be.

The podcast Fear and Greed has been so successful that in August it became the only indie podcast on the Podcast Ranker chart. It entered the overall chart at #98 and was #62 with a bullet on the Australian chart.

The partners promise to have their Fear and Greed podcast published daily by 6.30am. “All three of us get up around 4am after having already done some preparation for the new episode the previous day. We then record, edit and publish by 6.30am. We all find a quiet area at our homes so we don’t ruin the morning for our families. It can be pretty hectic, but it’s also a lot of fun.”

In addition to his role at Fear and Greed, Lang is also working as a freelance consultant and is undertaking the Australian Institute Company Director’s course. “I have been on various boards for some time including chairing the board of Commercial Radio Australia, but I have never done this course. While it is not absolutely necessary, I have found it great to go back to prescribed learning.”

Lang’s consultancy skills come from 12 years in the music industry and then another 12 years working in TV and radio. “Over the past 25 years I feel I’ve learnt a lot about disruption, something that many companies have been dealing with, particularly during 2020.”

Despite some challenging times during his radio career, Lang still loves the industry and hasn’t ruled out returning if the right opportunity presented itself. During his time at Austereo Lang was running 2Day FM when Kyle Sandilands was suspended at least once. He was also involved navigating 2GB through the advertiser boycott after Alan Jones’ comments about Julia Gillard’s father.

Despite those bumps in the road, Lang still enjoys the media. “What I have discovered over the years is that it is not so much the category you are in, but the people you are in business with that determines how enjoyable and how successful it can be.”