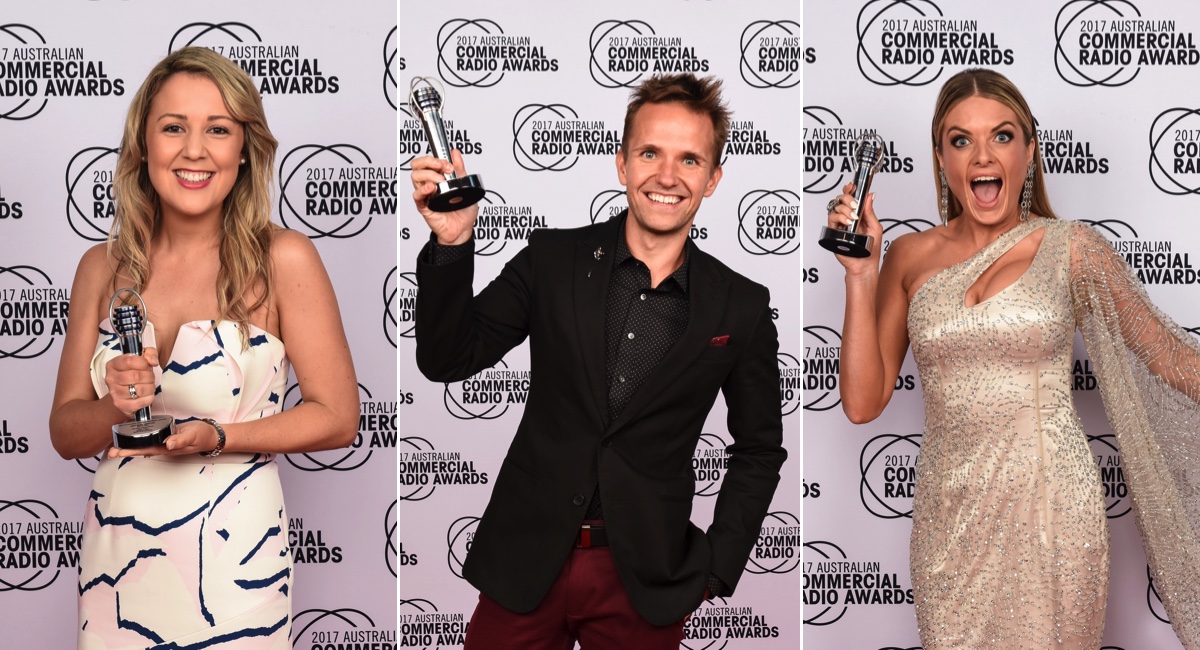 Hosts again for the 2017 ACRAs were The Chaser’s Andrew Hansen and Chris Taylor. Hansen revealed it was the first time they had ever been asked back to host an event for a second time.

Targets in their opening included Tony Abbott, smoothfm (the station featured in many of their jokes across the evening), AM radio, Hamish & Andy and Hughesy and Kate.

Despite speculation the evening could be over by 9.30pm, the event didn’t wrap until after 10.30pm. Despite the length, most attending thought it was one of the best awards nights they could remember. “It is great winning two in a row, won’t be next year though! I won’t enter…

“Musical highlight of the year for Smallzy’s Surgery would be Ed Sheeran’s album ‘Divide’. It has also been notable this year for the number of artists on the fringe who have been able to cut through and become mainstream and our audience has loved that. We can’t play Ed every night.

“There are plenty of big artists featuring on the show in the next few weeks including Taylor Swift and other big albums coming.

“I am blessed to be able to do this show and it is always changing. I couldn’t do it without our team led by Zach La Cava. We keep each other motivated.” 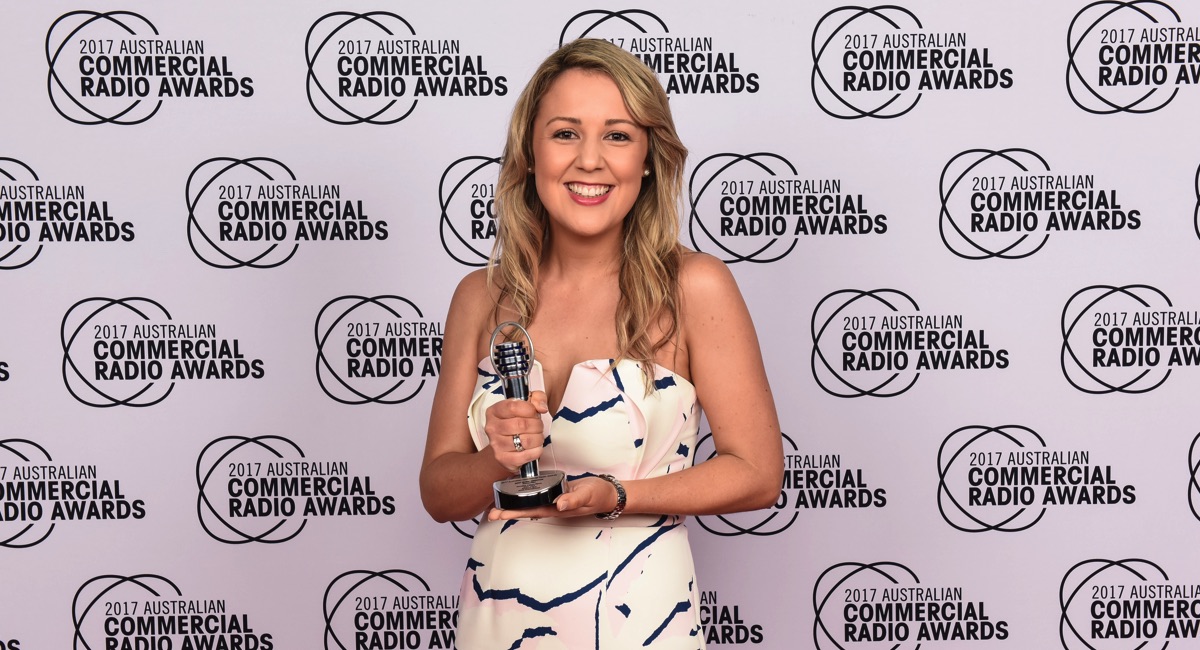 She didn’t disagree when we suggested music directors might be overlooked in the FM sector, which is basically about playing the best music. Ingham-Myers must be the best – she has won this award three years in a row. “This is voted for by music companies and that is who I deal with the most. It is nice to know they think I am doing a good job.”

She said Nova sounds a little different in Brisbane: “Our audiences are willing to take on other songs that are a little bit different. The Spotify chart is something that is very helpful these days. It is becoming a challenge to find Australian music to put on air because there is so much great music around.” 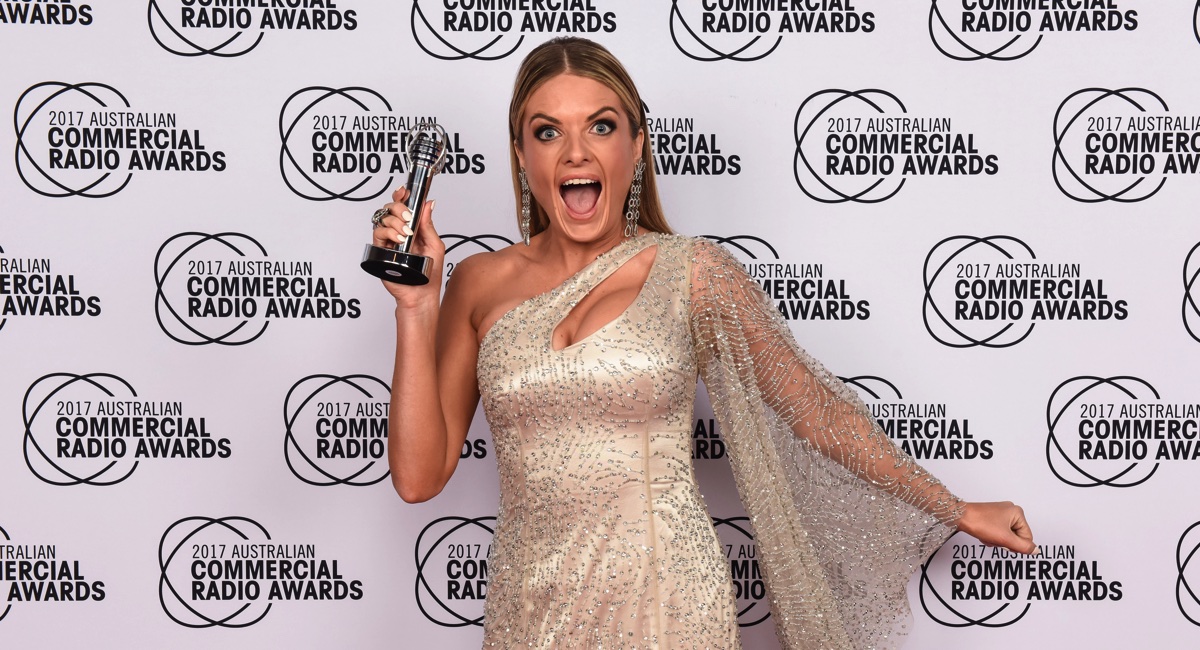 The multiple ACRA winner – she also won for being part of Continuous Call, who won Best On-Air Team – was thinking the radio industry is a good place to be. “I love the immediacy of radio and that you can show a lot of personality and have fun.”

Does she prep much before Continuous Call Team? “Initially I did a couple of hours prep before going in, but then I realised they don’t talk about football! However, they talk a lot of nonsense and I don’t need to prep for that. I am well versed!”

There’s no off season for Molan. “The others on the Footy Show have about five months holiday, which is lovely for them. I am doing Summer Saturday on 2GB and 4BC, I will continue to read sport for Nine News Sydney and fill in during the week when needed on Today [possibly more work now!] and I am also hosting some of the netball.”

Molan said she was happy the netball is going onto Nine’s primary channel. She was not sure about their plans for a revamped Footy Show, but noted they need to find a formula that works with Thursday night NRL throughout 2018. “I don’t know a lot about that yet because I have been in Bali! It will continue but I have to wait to see what the bosses have in store.”